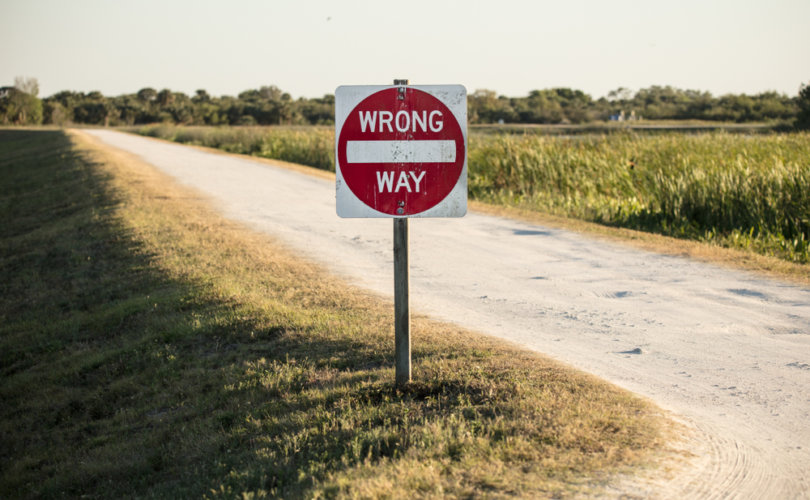 April 9, 2020 (LifeSiteNews) – Last week, the Society for the Protection of Unborn Children (SPUC) expressed disappointment at a statement on abortion made by the Catholic bishops of Northern Ireland.

The statement was issued in the context of the British Government’s publication [on 31st  March 2020] of a new framework for legal abortion in Northern Ireland which was described by SPUC as “diabolical legislation”. Some of its worst aspects included:

Much of what the bishops said in their statement was excellent, unequivocally emphasising the sanctity of human life before birth in simple, direct language:

And the bishops showed great insight and compassion concerning the plight of mothers-to-be in difficult circumstances, saying:

“Every woman faced with an unplanned pregnancy matters too. She has a right to be cared for within a community where she is protected from any pressure to abort her baby.”

However, where the bishops went so disappointingly wrong was in the following advice they gave to Northern Ireland politicians:

“It is to be noted that members of the Northern Ireland Assembly are not left entirely devoid of influence.  Politicians and all people of good will, who recognise the extreme nature of the Regulations, should not meekly acquiesce to their promulgation.  The Regulations themselves can be debated by the Assembly and insofar as they exceed the strict requirements of the 2019 Act, new Regulations can be enacted by the Assembly.  We intend to make these points in writing to our MLAs in the coming days and encourage others to do likewise.”

Those words “and insofar as they exceed the strict requirements [my emphasis] of the 2019 Act, new regulations can be enacted by the Assembly” have massively disturbing implications for Catholics and non-Catholics alike. These “strict requirements of the 2019 Act” involve the repeal of legislation which, for nearly 140 years, has been the great bulwark – and virtually the only safeguard – against abortion in Northern Ireland: namely, Sections 58 and 59 of the Offences against the Person Act 1861. They will also demand that Catholic schools are used to promote and facilitate abortions under the new regime.

In summary, the “strict requirements of the 2019 Act” which the bishops of Northern Ireland are inviting NI Assembly members to enact through regulations, enforce an abortion regime on Northern Ireland which permits the killing of babies in circumstances even more extreme than is currently permitted under the Abortion Act which prevails in Britain.

I have no doubt that the bishops’ statement was produced with the aim of mitigating the effects of a bad law. Indeed, many of us, including SPUC in the past, have justified campaigning for legislation permitting abortion in various circumstances on such grounds. And the bishops are not alone in taking this approach right now. Various politicians and pro-life groups in both Britain and Northern Ireland and other parts of the world are speaking in similar terms.

Catholic pro-life leaders and Catholic bishops, in particular, have justified such an approach by quoting from section 73 of Pope Saint John Paul II’s encyclical on the inviolability of human life Evangelium Vitae, where His Holiness says:

“A particular problem of conscience can arise in cases where a legislative vote would be decisive for the passage of a more restrictive law, aimed at limiting the number of authorized abortions, in place of a more permissive law already passed or ready to be voted on … In a case like the one just mentioned, when it is not possible to overturn or completely abrogate a pro-abortion law, an elected official, whose absolute personal opposition to procured abortion was well known, could licitly support proposals aimed at limiting the harm done by such a law and at lessening its negative consequences at the level of general opinion and public morality. This does not in fact represent an illicit cooperation with an unjust law, but rather a legitimate and proper attempt to limit its evil aspects.”

Evangelium Vitae was published on 25th March 1995 – 25 years prior to the recent statement from the Northern Ireland bishops. For 25 years – since the publication of Evangelium Vitae – perhaps the majority of pro-life and church leaders have interpreted this paragraph as meaning that politicians may vote for, and campaigners may campaign for, laws which of themselves expressly permit abortions. But this is contrary to reason.  In the paragraph immediately preceding this one, Pope John Paul II wrote: “In the case of an intrinsically unjust law, such as a law permitting abortion or euthanasia, it is … never [my emphasis] licit to obey it, or to “take part in a propaganda campaign in favour of such a law, or vote for it”.

Over the past 53 years, arguably SPUC’s and the pro-life movement’s greatest achievement in the UK has been to stop the extension of the British Abortion Act to Northern Ireland despite persistent efforts by the pro-abortion lobby. During that period, in addition to the political battles in Westminster and in Stormont, SPUC successfully took the British government to court over its attempts to introduced legal abortion through the back door.

Tragically, last July, Parliament in Westminster imposed an extreme abortion regime on Northern Ireland through section 9 of the Northern Ireland (Executive Formation etc) Act – in the teeth of opposition from every Northern Ireland MP who takes their seat in the House of Commons.

It is absolutely necessary that the Catholic bishops and pro-life MPs continue to oppose unequivocally any measure making the provision of abortion lawful in Northern Ireland. It is vital that pro-life politicians refuse to advise the Government on how to legislate in favour of killing unborn children in “limited” circumstances.

There is a crucial moral difference between, on the one hand, limiting, in an ethical way, the harm of pro-abortion legislation, and, on the other hand, advising legislators on how to go about legalising abortion in certain circumstances. The former is permissible whereas the latter is not.

Adopting a utilitarian or gradualist approach to intrinsically evil acts is never ethically justified. Even if our intention is to save as many lives as possible we can never be complicit in the sacrifice of even one innocent life. This is the Caiaphas Principle, named after the Jewish high priest who condemned Jesus to death (Matthew 26: 57-66) and argued for the sacrifice of one innocent life to save many lives (John 11: 49 – 52).

We can never hope to convince the world that abortion is wrong by trading the lives of the weakest, least valued or most despised for a greater number of older, healthier children. In fact, it is the most vulnerable babies who are in most need of our protection.

The acceptance of abortion within certain conditions on the reasoning that it will avoid something even worse, threatens to deal a lethal blow to the conscience of pro-life politicians who support such as strategy. It may not be possible at present to restore legal protection for unborn children in Northern Ireland but the complete rejection of the government’s abortion framework as a matter of principle is a necessary first step in that direction.