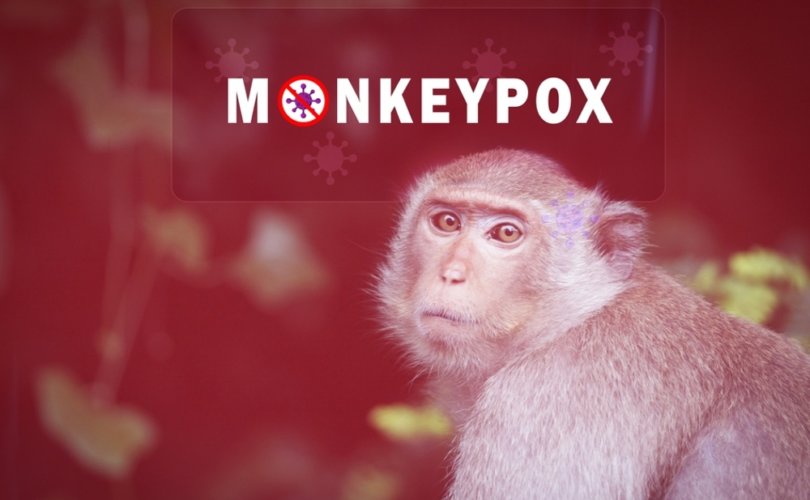 (LifeSiteNews) — Unlike the U.S. Centers for Disease Control (CDC), the U.K.’s Health Security Agency (UKHSA) is not camouflaging the fact that it is explicitly targeting homosexual men who engage in high-risk sexual activity for monkeypox vaccination in order to stem the spread of the disease.

In an advisory published last week, the UKHSA noted that ongoing transmission is occurring “primarily in gay, bisexual and other men who have sex with men (GBMSM).”

The UKHSA working in conjunction with the Joint Committee on Vaccination and Immunisation (JCVI) determined that “vaccination should be offered as soon as feasible to GBMSM at highest risk due to a large number of contacts.”

“These risk criteria would include a recent history of multiple partners, participating in group sex, attending sex on premises venues or a proxy marker such as recent bacterial STI (sexually transmitted infections).”

“According to the UKHSA, among those whose gender information was available, 99 percent of the UK’s confirmed cases identified themselves as male,” reported the Epoch Times’ Lily Zhou.

Because there is currently no vaccine licensed in the U.K. or Europe for immunization against monkeypox, the U.K. health agency hopes that vaccines developed for smallpox will provide “cross-protection” against monkeypox.

RELATED: CDC, WHO willingly overlooks monkeypox’s spread through men having sex with men

By targeting hyper-sexually-active homosexuals, the UKHSA hopes that using the limited supply of available doses of vaccine will interrupt “transmission in the subset of individuals at increased risk.”

In contrast, the U.S. CDC and the World Health Organization (WHO) initially went out of their way to convince westerners that despite the sources of the outbreak and continued spread, homosexual men should not be “stigmatized.”

Rather than advise against sexual contact between males, the CDC, which claims in vulgar language that it is currently researching “If the virus could be present in semen, vaginal fluids, and fecal matter,” offered this  extremely sexually graphic advice on how to commit perverted sex acts while minimizing the chance of catching Monkeypox. The CDC stated: “Enclosed spaces, such as back rooms, saunas, or sex clubs, where there is minimal or no clothing and where intimate sexual contact occurs have a higher likelihood of spreading monkeypox.”

“Talk to your partner about any recent illness and be aware of new or unexplained sores or rashes on your body or your partner’s body, including the genitals and anus,” it added. “Limit your number of partners to avoid opportunities for monkeypox to spread.”

One can reasonably conclude from CDC and WHO guidelines that amid the burgeoning monkeypox health threat engaging in homosexual activity trumps public safety, especially during “Pride Month.”

New York City is following the U.K.’s lead and is attempting to inoculate homosexual men against developing monkeypox.

As of last week, New York City’s Health Department conceded that “most cases in the current outbreak are among gay, bisexual or other men who have sex with men” and has announced the Chelsea Sexual Health Clinic in Manhattan will begin providing vaccines for those most at risk and those who believe they have recently been exposed to the disease.

NYC Health said in a statement released on Thursday:

The new vaccine clinic expands eligibility to all gay, bisexual, and other men who have sex with men (cisgender or transgender) ages 18 and older who have had multiple or anonymous sex partners in the last 14 days. The Health Department has issued guidance for eligible adults considering vaccination so that they can better understand their personal level of risk. Men who have sex or other intimate contact with men they met through dating apps or social media platforms, or at clubs, raves, sex parties, saunas, or other large gatherings may be at higher risk of having been recently exposed.