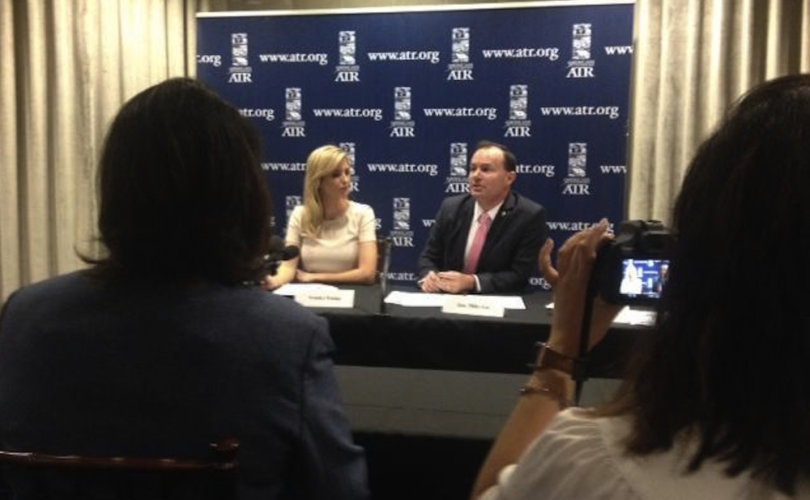 September 13, 2017 (LifeSiteNews) — Back in January 1995, my wife and I were honored to testify before the U.S. House of Representatives Ways and Means Committee on behalf of a provision in the Contract With America for a $5,000 tax credit for adoptive families. Dave Thomas, founder of Wendy’s Restaurants and The Dave Thomas Adoption Foundation, himself an adoptee, was one of three other panelists.

Adoption is expensive, and many couples who would have liked to have built their families through adoption simply couldn’t afford to.

In order to adopt Michael — our one-year-old son who stole the show on Capitol Hill that day — we were fortunate to be able to refinance our modest home. We soon wanted to adopt a brother or sister for him but weren’t sure if we could swing it. As I told the congressional committee, “Scraping together the money to adopt Michael was like trying to scrape together the money for a downpayment on a house. For ordinary folks, adoption is a big financial challenge.”

Fast forward to September 2017. As a representative of LifeSiteNews, I was part of a small group of pro-family, pro-child activists who met with Ivanka Trump, Senator Mike Lee (Utah), and Arizona Congressman David Schweikert at Americans for Tax Reform’s headquarters in Washington, D.C. We were there to make a case for expanding the current child tax credit (CTC) from $1,000 annually to at least $2,000. Emphasis on “at least.”

Having seen what the adoption tax credit has done to help build and strengthen families, and especially to help children who might otherwise languish in overburdened foster care systems, it’s a no brainer: Increasing the CTC would be a boon for children, especially those in households with modest incomes.

It costs a lot of money to raise a child. According to the White House,

Ms. Trump told us, “This administration is pushing for the largest child tax credit possible” and “would also like to see it be made refundable against payroll taxes, so that more lower income families can fully benefit from the credit.”

The American Enterprise Institute’s Michael Strain said applying the child tax credit to payroll taxes is “a very important policy innovation that will help people who really do need help, people who are not making six-figure incomes and who are really solidly in the working class,” adding, “there’s quite a bit to be said about having a larger child credit in the year that your child is born.”

Ralph Reed, founder of the Faith and Family Coalition, likes increasing the CTC because “It empowers the parents and the family rather than Washington and bureaucrats.”

Former Pennsylvania Senator Rick Santorum, also present at the meeting, echoed Ivanka Trump’s message, passionately voicing the populist sentiment brewing throughout the country, “The tax code screws families.” The American family is “the ultimate small business in America, and yet it gets nothing from the federal tax code, except a few pennies.”

“Look at the American family for what it really is: A small business with income, expenditures, and operational costs,” said Santorum. The American family’s product is children and it invests capital in developing those children. As a business, the family would write off its ‘investment’ put into raising kids. “[E]xpenses every year — would be a ‘cost of production.’ But in the American tax code it is completely ignored. You can write off none of that.”

Ivanka Trump assured the pro-family leaders gathered, “This administration is committed to keeping working families at the forefront of our agenda, and working with each of you to push forward robust tax reform.”

Increasing the child tax credit is an important part of any family/child-centric tax reform, and a great place to start. This should be an easy bipartisan effort for Congress and the White House, welcomed by constituents of all political stripes from sea to shining sea.