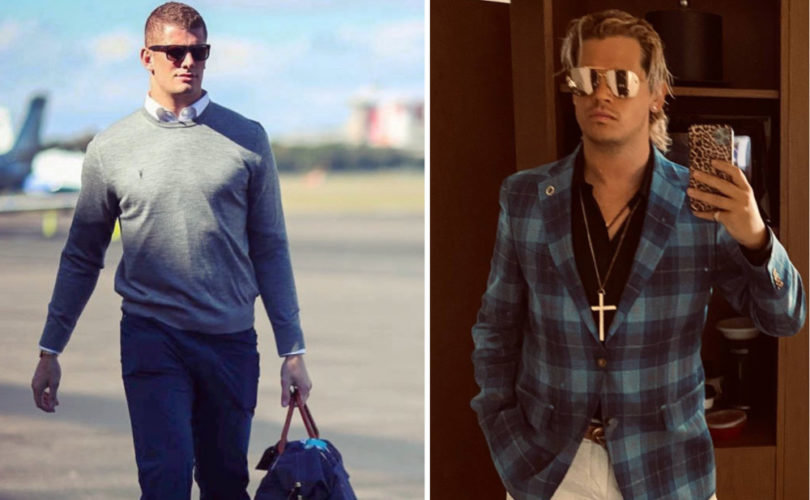 June 24, 2021 (LifeSiteNews) — When homosexual NFL player Carl Nassib came out as gay this week, the media, the NFL, and even the President of the United States celebrated him as a hero, as a courageous young man “sharing his truth.”

Yet when ex-gay Milo Yiannapolous, a former flamboyant gay provocateur, announced a few days earlier that he has been chaste — “sodomy free” — for a year, and said his plan to open a reparative therapy clinic for other men who suffer from same-sex attraction is well underway, America yawned.

In America, public pronouncements about engaging in sodomy now win a hero’s welcome, while those who overcome sodomy and turn away from homosexuality are ignored and deplored.

Something has gone terribly wrong.

What is it about sodomy that these well-educated, well-off men and women admire? And why are professional sports players who disapprove, quiet? Their silence conveys the message that they too share a fondness for sodomy.

However, within just a few short years, every single NFL, NHL, NBA, and MLB team would be hosting “pride” events and selling “pride” shirts, hats, and other items emblazoned with rainbow enhanced team logos. Even the nascent Premiere League Lacrosse (PLL) has jumped to support LGBT “pride.”

Whom has the sports world completely ignored? The legions of people like Milo Yiannopoulos who have walked away from homosexuality or transgenderism, who have repented and found true freedom in Christ.

“Homosexuality doesn’t have to last a lifetime,” explained one man recently.

These men and women are the true heroes of our age, yet professional sports leagues are no longer able to recognize true heroism or true courage. They are opportunists sacrificing young people on the twin altars of corporate greed and social justice primping and preening.

Yiannopoloulos has consecrated his life to St. Joseph, while ESPN venerates Bruce Jenner as a feminine icon.

Who are the real heroes: Those who overcome sin and confusion, or those who surrender to it?

The NFL, NHL, NBA, and MLB are delivering a dangerous message to the youth of America by idealizing sodomy and gender dysphoria.

And it’s not just professional sports: Nearly every major U.S. and global corporation has jumped on the pro-sodomy & gender confusion bandwagon. Over 1,100 companies participated in the most recent LGBTQ Corporate Equality Index survey conducted by LGBTQ lobbying powerhouse, the Human Rights Campaign.