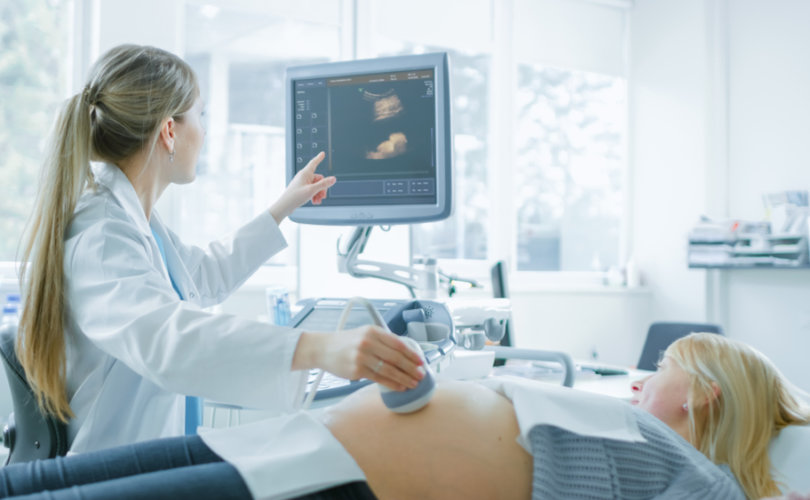 (LifeSiteNews) — The abortion movement has finally woken up to the fact that state after state is banning abortions after the fetal heartbeat can be detected.

And they are aware that these laws are not only saving tens of thousands of babies from their clutches today, but that they will save even more in the years to come.

This is because the ultrasound machines in standard use today can reliably detect a heartbeat at six weeks. But as the technology continues to improve, the beating hearts of the unborn will be able to be detected earlier and earlier in pregnancy.

How early? Embryologists like Dr. Peter Ward tell us that the heartbeat begins a mere 22 days after conception. The human heart is one of the earliest organs to develop, he says, as the myocardium, or heart muscle, “starts beating about 22 days into development.”

This means that the heartbeat legislation passed today is the gift that will keep on giving. It will protect more and more unborn children from an untimely death in the future as ultrasound technology advances.

It is not unreasonable to think that, one day soon, the technology will be able to pick up even those very first heartbeats at 22 days. In states that have heartbeat laws in place, babies will be protected from that point onwards. Abortions will become rare.

Dr. Grazie Christie, M.D., a radiologist who works with pregnant women, noted that she has already been able to detect fetal heartbeat as early as five weeks after conception.

So, what does the abortion-minded Left do in response to this happy conjunction of scientific fact and technological progress that will save lives?

Well, they do what they always do: they deny the science and redefine the terms.

Planned Parenthood, realizing the danger to its bottom line from heartbeat legislation, has gone into cover-up mode. On July 25 it stealth-edited its description of fetal development, changing the clear note that “a very basic beating heart and circulatory system develop” by 5–6 weeks to the misleading: “a part of the embryo begins to show cardiac activity [that] sounds like a heartbeat on an ultrasound.”

Taking their cues from Planned Parenthood, science deniers in the mainstream media have also taken to pooh-poohing the idea that six-week-old babies in the womb have a “real” heartbeat.

The leftist lunatics at the New York Times actually went even further. Not only did they claim that at six weeks the fetus has “only a primitive tube of cardiac cells that emit electric pulses and pump blood,” they went on to assert that the sound heard on an ultrasound is “created by the machine itself, which translates the waves of electrical activity into something audible.”

But it was up to Stacy Abrams to turn a useful scientific tool into a weapon to subjugate women. The Democrat candidate for Georgia governor is now claiming there is “no such thing as a heartbeat at six weeks. It is a manufactured sound designed to convince people that men have the right to take control of a woman’s body.”

Who knew that ultrasound machines were designed by misogynists to reinforce patriarchy?

As Dr. Christie, a radiologist who works with pregnant women explains “This is not just a manufactured thing, this is science. It’s called the science of doppler signals; it has to do with sound waves… We can see the blood flow… we can watch the valves flutter and we can watch the walls of the heart also move as the baby’s heart beats.”

On the science of the fetal doppler heartbeat. No, @staceyabrams it’s not a sound manufactured by men to oppress women. It’s a heartbeat. pic.twitter.com/pASjyhP33c

Leftists excel at distorting reality for political ends. They claim that, instead of two sexes, there are actually 57 genders and counting. They reject the biological reality of male and female, insisting that – with a snip-snip here, and a cut-cut there – you can somehow transform the one into the other. And for decades they have claimed that unborn babies are merely “the products of conception” or “a clump of cells.”

So, I am not surprised that the reaction of pro-aborts to our insistence that abortion stops a beating heart is to deny that babies have hearts.

But the science is settled: even as early as 22 days after conception, babies really do have hearts.

I’m not so sure that the people who would deny that have hearts of their own. If they did, it’s hard to imagine that they would be so heartless.