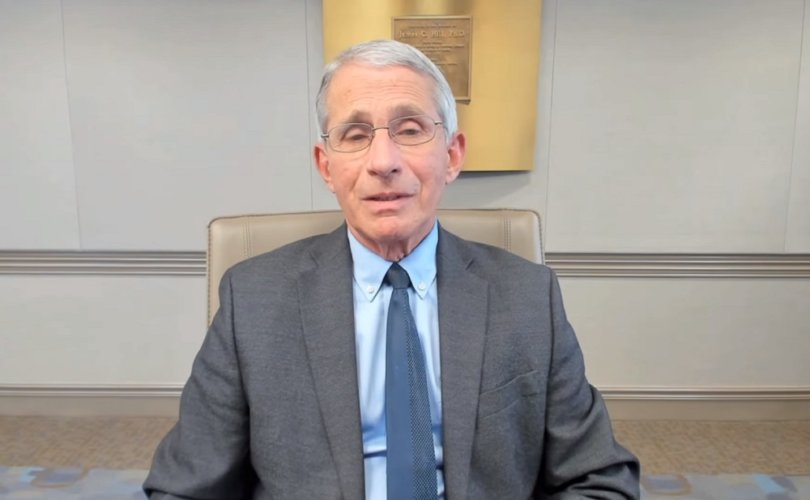 June 2, 2020 (LifeSiteNews) — In voting with the “liberals” who, in line with the philosophy of liberalism, want the State to have control over the Church, Chief Justice Roberts in the recent 5-4 Supreme Court decision wrote: “Although California’s guidelines place restrictions on places of worship, those restrictions appear consistent with the Free Exercise Clause of the First Amendment. Similar or more severe restrictions apply to comparable secular gatherings, including lectures, concerts, movie showings, spectator sports, and theatrical performances, where large groups of people gather in close proximity for extended periods of time.”

Here, religious practice, which concerns the first and fundamental duty of man to give worship to God, has been indiscriminately conflated with optional secular concerns — lectures, sports, movies, and theaters.

As some have pointed out, the U.S. bishops, with a few notable exceptions, have been silent and supine in the face of State encroachments on religious practice in the period of the coronavirus, when they have not been positively enthusiastic about shutting down church services and sacramental access.

Readers will know of my surpassing admiration for St. Pius X, even if one can legitimately regret the extent of his breviary revisions. This much we can say: he was not a man to mince words when it came to the rights of Christ the King and of His Church vis-à-vis the civil government.

In 1905, France’s Chamber of Deputies passed the infamous Law of Separation, which sought to abolish, dissolve, and altogether negate the diplomatically hard won mutual jurisdiction of Church and State in that country. In February of 1906, the Sovereign Pontiff had this to say, in his encyclical Vehementer Nos, addressed to all the people of France:

That the State must be separated from the Church is a thesis absolutely false, a most pernicious error. Based, as it is, on the principle that the State must not recognize any religious cultus, it is in the first place guilty of a great injustice to God; for the Creator of man is also the Founder of human societies, and preserves their existence as He preserves our own. We owe Him, therefore, not only a private cultus, but a public and social worship to honor Him. Besides, this thesis is an obvious negation of the supernatural order. It limits the action of the State to the pursuit of public prosperity during this life only, which is but the proximate object of political societies; and it occupies itself in no fashion (on the plea that this is foreign to it) with their ultimate object, which is man’s eternal happiness after this short life shall have run its course. But as the present order of things is temporary and subordinated to the conquest of man’s supreme and absolute welfare, it follows that the civil power must not only place no obstacle in the way of this conquest, but must aid us in effecting it.

Such words could hardly be mistaken for a timid capitulation to the dominant trend of liberalism. The oft-hailed “principle of secularity,” whereby it is now taken for granted that civil states should be “religiously neutral,” was scoffed at by Pius X, who understood that it is impossible, after the Incarnation, for peoples that have been touched by the Gospel to adopt neutrality toward the Gospel. Either their rulers will hate it, and their supposed neutrality will become a subtly effective instrument for marginalizing and privatizing religion, leading to its irrelevance and eventual extinction, or they will support it by legislation that consistently favors the interests of family and church, without which no just society can exist or endure.

According to John Locke’s influential Letter Concerning Toleration, the State alone has true public jurisdiction and power, while religious bodies within the State exist and function at its sufferance and according to its regulations. The coronavirus pandemic has certainly exposed the secretly totalistic or quasi-ecclesial usurpations of our Lockean civil authorities: we see governments dictating when or how or even whether Communion can be distributed, when and under what conditions and for how many people church buildings can be opened, etc. We also see the bishops of the Church, in perfect conformity to the doctrine of Locke, submitting almost without a whimper to the total domination of the State.

“He who is not with me is against me,” says our Lord (Mt. 12:30). For Pius X, this has as one of its many meanings, at least in the Western world already visited by the Gospel: “A nation that is not with Christ and the Church is against them.”

Obviously, Pius X in Vehementer Nos does not advocate theocracy — that is, a confusion or conflation of civil and ecclesiastical offices and responsibilities. He teaches rather the inherent supremacy of religious concerns over temporal ones and the necessary subordination of secular rulership to ecclesiastical, with the corollary that the civil order not only must refrain from interfering or minimizing the Church’s ministry in society, but should actively support the Church’s work. As Leo XIII explains in Immortale Dei, secular rulers are relatively autonomous in their own sphere — that is, in strictly political governance; yet they are by no means absolutely autonomous, even as neither is obedience to God’s law and revelation optional for human freedom.

We have expressly recalled some features of the past that Catholics might not be dismayed by the present. Substantially the struggle is ever the same: Jesus Christ is always exposed to the contradictions of the world, and the same means are always used by modern enemies of Christianity, means old in principle and scarcely modified in form; but the same means of defence are also clearly indicated to Christians of the present day by our apologists, our doctors and our martyrs. What they have done it is incumbent upon us to do in our turn. Let us therefore place above all else the glory of God and of His Church; let us work for her with an assiduity at once constant and effective, and leave all care of success to Jesus Christ, who tells us: “In the world you shall have distress: but have confidence, I have overcome the world.”