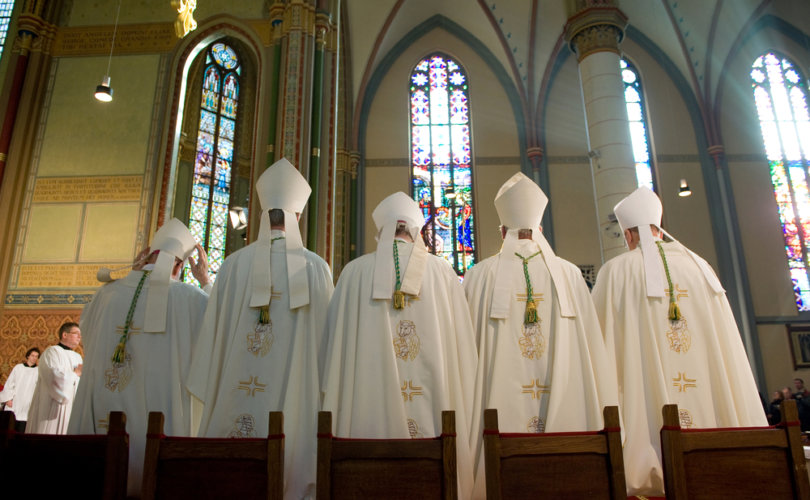 November 22, 2018 (LifeSiteNews) – The Pennsylvania Grand Jury report into clerical sex abuse in the Catholic Church and the Australian Royal Commission on child sex-abuse have an English equivalent in the Independent Inquiry into Child Sexual Abuse, which is currently taking evidence from witnesses, in public hearings.

Bishops and religious superiors publicly humiliated by these bodies have, of course, brought it upon themselves. Certainly, the degree of humiliation in each case does not necessarily correspond exactly with the degree of guilt, but the ones in the dock tend to make an admission of failure the keynote of their opening statements.

Despite all this, it is difficult to discern any real change of direction in episcopal policies and attitudes. The cases which remain hidden, and above all the clerics with credible allegations hanging over them still in active ministry, poison dioceses and religious communities. It is easy, though painful, to imagine the effect on the morale of seminarians and priests aware of the allegations against former Cardinal McCarrick, to see him honored and invited around the country year after year. But while the secular power is dragging information out of bishops about one case after another, bishops still seem to have no appetite to review old cases, to ensure that widely-suspected abusers are not still swanning around the diocese.

This is not to say that anyone in the Church should be regarded as guilty until proven innocent, and indeed there are far too many cases of priests thrown under the bus by their bishops because it seemed the easy way out.

This fact is reinforced when we read about the times when there have been internal investigations, ordered by the Holy See, into American seminaries and into American religious sisters: these are discussed at length in Michael Rose’s Goodbye Good Men and Anne Carey’s Sisters in Crisis. Initial high hopes were dashed when one investigation after another were turned into white-washes. The senior bishops and officials involved did not have the will to rock the boat: or, as they put it to disappointed whistle-blowers, to conduct a ‘witch-hunt’.

Why not? Not because these investigators, and bishops declining to investigate, thought that nothing bad was happening. No, it was precisely because they had a fair idea of how bad things are, that they did not want a real investigation. They were frightened of opening a can of worms.

In some cases, decision-makers were personally involved in wrongdoing. In other cases, it is sometimes suggested, they were being black-mailed, explicitly or implicitly. I would suggest, however, that this is another motive, which would apply even to those who had little to fear personally: simply that a real house-cleaning exercise would implicate so many people, in such seriously bad things, that the overall effect on the Church’s standing, and even its ability to function, would be catastrophic.

Even a serious investigation into one specific case would have a tendency to spread the blame to an unacceptably large number of people. Other allegations in the file would have to be noted; the people who turned a blind eye to it, and the people who put in a good word for the abuser, would be revealed; and if a few more cases were investigated in this way, the pattern of cover-up would begin to emerge. Start pulling on one thread in the network of mutually-supporting abusers and complicit superiors, and the whole fabric of the diocese or community would begin to unravel.

Today’s bishops are not responsible for the beginnings of this problem: they are responsible for allowing it to continue, and to strike deeper and deeper roots into the Church. They have known since they were bishops, from the files and from the victims, what they probably knew from hearsay before, that many dioceses are powder-kegs of wrongdoing. They don’t want anyone to light a match.

They are in a situation in which things are so bad that they cannot do anything to make things better. That, at least, is how things may seem to them. In reality, as secular prosecutors are beginning to point out to them, they had various moral and legal duties, to protect children, to report crimes, and to administer property belonging to the Church for proper charitable purposes, which they repeatedly failed to fulfil. Their fear of the bad consequences of doing the right thing is no justification or defense either legally or morally.

And now that light is creeping into this abyss of evil, as was bound to happen eventually, all the bad consequences they hoped avoid will now happen anyway, all the worse for the delay, and the continuing reluctance of bishops to do the right thing.