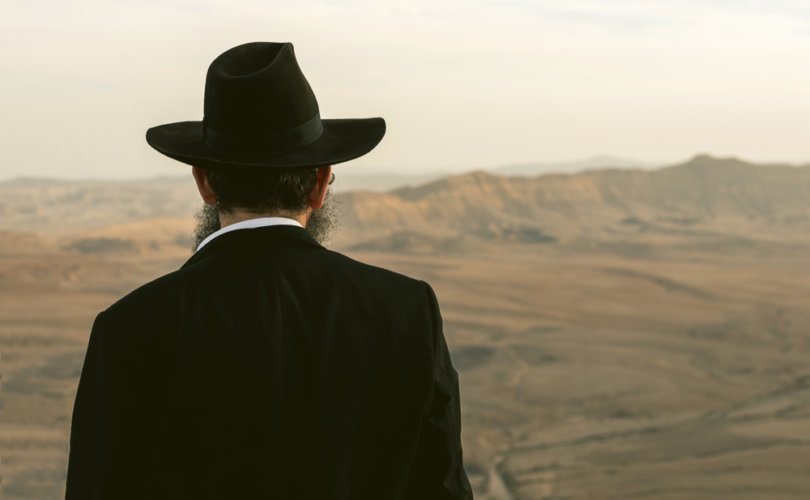 December 14, 2018 (LifeSiteNews) – The Pontiff Emeritus, Benedict XVI, recently engaged in a theological back-and-forth with a German theologian, in which he wrote:

the missionary mandate is universal – with one exception: a mission to the Jews was not foreseen and not necessary because they alone, among all peoples, knew the ‘unknown God’.

On its face, this remark appears to contradict the words of Our Lord, ‘Going therefore, teach ye all nations; baptizing them in the name of the Father, and of the Son, and of the Holy Ghost.’ (Matthew 28:19). The mission to the Jews was a major activity of the Apostles, leading to St Paul describing himself as the ‘Apostle to the Gentiles’, in contrast to St Peter, the ‘Apostle to the circumcised’ (Galatians 2:7). Even St Paul preached first in the synagogue when evangelizing a new city, and sometimes with great success (Acts 17:10-13).

To be fair to the Pontiff Emeritus, his words must be understood with two important qualifications. First, he contrasts a ‘mission’ (or ‘institutional mission’) to the Jews with ‘witnessing’ to the Jews and ‘dialogue’ with them. Witness and dialogue remain good and necessary. Second, the discussion takes place very consciously in the light of the 20th-century persecution of the Jews, and above all of the Shoah, the attempt by the Nazis to exterminate them entirely. Evidently, the mission of St Peter to the Jews took place in a very different historical context.

Pope Benedict’s stated view reflects that of the Commission for Religious Relations with the Jews, an official body charged with looking into the theological question by the Vatican, whose 2015 Report focused on the remark of St Paul that ‘the gifts and calling of God is irrevocable’ (Romans 11:29), referring to the promises he made to the Jewish people in the Old Testament.

This way of talking is problematic, however. It appears to condemn a ‘mission’ to the Jews, and to place a qualification on the Church’s universal missionary mandate, and it appears to do so on the basis of theological arguments whose validity is not limited to the period since the mid-20th century. It was as true in the time of the Apostles, as it is today, that the Jewish people had already received a revelation of the God who was ‘unknown’ to the pagan Athenians (see Acts 23:17); the same is true of God’s gifts and calling. If neither of these considerations stopped Saints Peter and Paul undertaking an institutional mission to the Jews, it is not clear why they should stop us.

Furthermore, the logical implication of making the Jews an exception, in some sense, to the universal missionary mandate to teach and baptize, is that Jews, as a group, have some means of salvation distinct from that offered by Christ through baptism. This was rejected by the Commission, which wrote:

The theory that there may be two different paths to salvation, the Jewish path without Christ and the path with the Christ, whom Christians believe is Jesus of Nazareth, would in fact endanger the foundations of Christian faith. Confessing the universal and therefore also exclusive mediation of salvation through Jesus Christ belongs to the core of Christian faith.

This left the Commission with an insoluble problem: those who need the salvation offered by Christ should not be told about it. They conclude:

That the Jews are participants in God’s salvation is theologically unquestionable, but how that can be possible without confessing Christ explicitly, is and remains an unfathomable divine mystery.

There is, however, an interesting argument against targeting the Jews for missionary work today, which does not need any very complicated theological justification: simply that this is not a good historical moment for such a missionary effort on behalf of the Church.

Since the Church has limited resources and cannot evangelize every group and every region with equal vigor at every moment, it must be permissible to allocate resources where they will bear most fruit, taking into account every kind of social, political, and cultural factor. Church institutions have to pick their priorities. It's a legitimate prudential decision for the Vatican to de-emphasize its focus on evangelizing a particular group at a particular time.

The reason this might not be a good moment for a systematic evangelization of the Jews is that, as the Commission notes, it would be seen by many as a threat to the continued existence of the Jewish community. That, in turn, is an issue of special sensitivity given the past threat to the existence of the Jews as a group by the Nazis, and the continuing threat to Jewish communities both by anti-Semitic pressure and by assimilation.

Supposing we accept this argument, importantly it does not imply an absolute or permanent ban on evangelizing Jews. An argument from prudence will allow evangelization when particular circumstances render it prudent after all: most obviously at an individual level (which is what Pope Benedict Commission coyly calls ‘witnessing’). Furthermore, any argument based on contingent historical circumstances needs to be constantly reassessed as time goes on.

Throughout history, the Church has had to judge how to manage non-Catholic countries with hostile governments, and cultural considerations have also played a major role in to whom, when, and how, the Church’s mission is conducted. If Pope Benedict and others would make a historically contingent and prudential case, rather than a theological case, against an institutional mission to the Jews, it would be easier to have a rational debate about it.