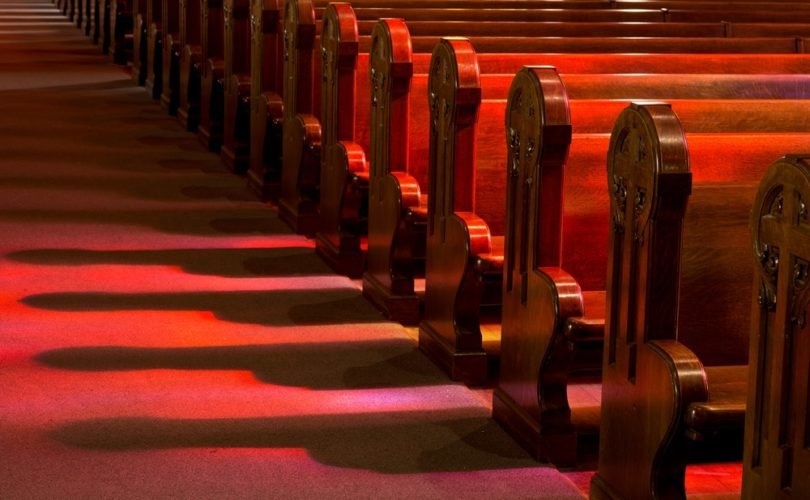 July 18, 2019 (LifeSiteNews) — In a newly published book, Mass Exodus: Catholic Disaffiliation in Britain and America Since Vatican II, Professor Stephen Bullivant has explored in detail what went wrong with the Church after the Second Vatican Council, from the point of view of the sociology of religion. The sociological, as opposed to the supernatural, perspective has its limitations, but we should hear what it has to say.

I want to explore just one aspect of Bullivant’s argument (I heartily recommend the book for those interested in more). He introduces readers to the well-established theory of the “social network effect” in sustaining a world view. Simply put, if all your neighbors are Catholics, it is easier to remain a Catholic yourself. If you meet fellow worshipers from your parish in your workplace, in local shops, and in your leisure pursuits, if you read Catholic news sources, and if you are surrounded by Catholic devotional statues and holy pictures, the Catholic worldview will begin to seem not just one option among many, but the obvious way to look at things. Doubts can be answered or ignored. Going to church is just what everyone does. Examples of personal holiness and self-sacrifice for the Faith are easy to witness and to give.

Many Catholics in the USA, the U.K., and around the world lived in such densely networked Catholic communities up until the 1950s. Our communities today are nothing like so closely knit. This is because of many factors, including the mixing of the population by the World Wars (not only war service, but subsequent migration), the destruction of urban, often ethnic-based communities in the context of suburbanization and slum-clearance, increasing numbers of young people going to university, greater opportunities for travel, the rise of commuting, and television. Our ideas and impressions, our friendships and our self-understanding, come less from within the community and more from outside it.

This much is obvious. Bullivant goes on to point out that many of the things inspired by the Second Vatican Council, however well intentioned, contributed yet further to the breaking down of the Catholic community as a social network. Part of what enables a network to function is a sense of identity, established by “markers.” A good example from the old days was the tradition of eating fish on Fridays and fasting on certain days. Again, Catholic churches looked different, and Mass looked very different from Protestant services, before the Council, and Catholics had a distinctive spirituality. Catholics had a shared sense of history, with their own heroes and martyrs. All these things were undermined, some subtly, some quite violently, following the Council: Friday abstinence was abolished, many devotional images in churches were smashed, and the Mass was made to look and sound so much more like a Protestant service that it became possible to use some identical liturgical texts.

What is interesting in the present context is that the overall effect of these policies on the Catholic community was a feature, not a bug, in this process. Post-Conciliar Catholic leaders wanted Catholics to come out of the “ghetto,” to engage more with non-Catholics, and for the Church to have as little as possible in its liturgy and devotional life that would serve as a barrier to non-Catholics.

The idea was that the Church would have more impact on the world as whole if it was less distinctive vis-à-vis the world, and that without the barriers, non-Catholics would be drawn in to the Church more easily. A moment’s thought should have revealed that it would also be easier for Catholics to leave, which is what actually happened. But there are two other ways in which this policy was naïve.

Second, the social “walls” around the Catholic community before the 1960s were already crumbling, for the reasons already noted. If Vatican II had never happened, or if in some sense it could be reversed (whatever that might mean), the dense urban and rural communities of the mid-20th century would still have been opened up by the factors already mentioned: suburbanization, universities, television, and so on. Those who say these communities were stifling, and characterized by prejudice against outsiders, can relax. They were doomed anyway. The only question was the degree of disintegration that was going to take place. The net effect of post-Conciliar policies was to take things even further in the direction of complete atomization than it would have gone anyway — and then, with unwitting irony, to complain about the lack of “community” in many parishes.