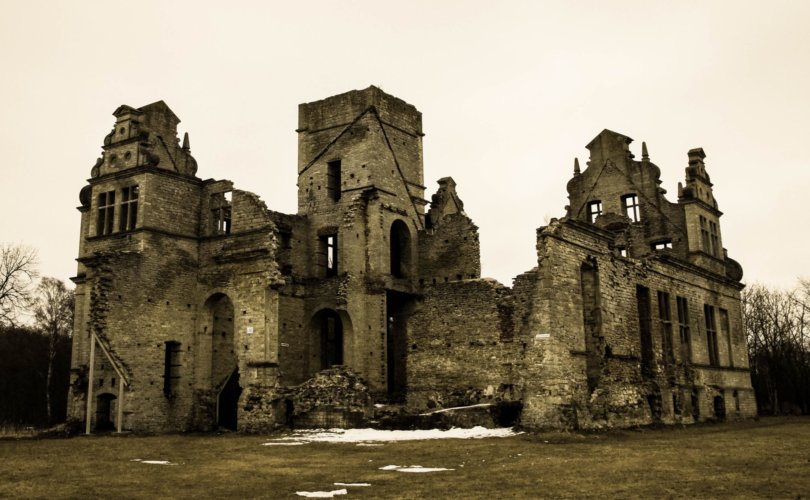 July 30, 2019 (LifeSiteNews) – In a recent July 26 statement, Cardinal Gerhard Müller pointed out the close link between the upcoming Amazon Synod and the German “synodal path” as it is being currently organized in Germany.

He stated that “the synodal process in the realm of the German Bishops' Conference is now being linked with the Synod for the Amazon, and this is done for ecclesial-political reasons and as a leverage for the restructuring of the Universal Church. Additionally, at both events the protagonists are nearly identical, and they are even financially and organizationally connected by way of the relief agencies of the German Bishops' Conference.”

“It will not be easy to control this wrecking ball,” the Cardinal added.

The German bishops' “relief agencies” referred to by Cardinal Müller are Adveniat and Misereor. The two agencies published the German translation of the working document of the upcoming October 6-27  Pan-Amazon Synod on July 17 and revealed their  involvement in the preparatory work of this synod. The directors general of both agencies – Father Pirmin Spiegel and Father Michael Heinz – signed the introduction to the document.

Adveniat is the German bishops’ relief agency for Latin America and Misereor the bishops’ overseas aid and development agency. Both are financially involved in the Amazon region.

The translation of the Vatican document for the Amazon Synod was undertaken by the two German agencies that are each headed by a German bishop. Bishop Franz-Josef Overbeck (Essen) is responsible for Adveniat, and Bishop Stephan Burger (Freiburg) for Misereor. The document translated into German is, however, copyrighted by the Vatican and appears on Adveniat's website. Usually such a document would be published by the Vatican, not by German episcopal agencies. This unusual situation highlights the new push for a decentralized Church, which is so essential for today's Church, according to Fathers Spiegel and Heinz.

At the same time, the Amazon Synod also stands for an internal change into a Church “which leaves the comfort zones and goes to the peripheries, there, where people do not matter and have no rights,” the two directors write in their introduction for the German version of the synod document. Instead of Roman centralism, “decentralization is the topic,” so that local churches “can make their own decisions about things that affect them directly.” For the authors, the Amazon Synod is about “implementing  Evangelii Gaudium (2013).” Evangelii Gaudium is Pope Francis' first apostolic exhortation, in which he presented the program of his papacy.

As the authors point out, “the working document [of the Amazon Synod] has the handwriting of the ecclesial Amazon-network, Repam (Red Eclesial Panamazónica), to which Adveniat and Misereor belong since its foundation in 2014.” They also highlight the fact that Pope Francis names Cardinal Claudio Hummes as the general relator of the upcoming Amazon Synod.

“The fact that the Pope named the President of Repam, Cardinal Claudio Hummes, as the general relator of the synod, and he, together with several other Repam representatives, is a member of the synodal preparatory council, shows how much Francis appreciates the Amazon-network,” Spiegel and Heinz comment.

They both hope that the Amazon Synod will lead to a “profound paradigm shift” in the Catholic Church, also with regard to the priesthood in general, and with an “official ministry” for women.

The two directors of the German relief agencies both draw a link between the Amazon Synod and the German “synodal path” which is being prepared and which aims at discussing celibacy, the Church's moral teaching, and the role of women within the Church. At the Synod, they state, “we can enter onto paths of new thinking, on which our questions in Europe also can be discussed.”

And as a confirmation of this claim, Bishop Franz-Josef Bode – the German bishops' vice president – announced already in April of 2018 that, should the Amazon Synod agree on permitting married priests, the Germans, too, would ask for them for their own dioceses. One source close to the situation told LifeSiteNews that Bode is determined to act as soon as the decisions are made at the Amazon Synod in Rome this fall.

Another confirmation of the close link between the Amazon Synod and the German “synodal path” can be seen in the fact that both German episcopal relief agencies (Misereor and Adveniat) have already now organized a conference in Würzburg for November 6-8, 2019, that will discuss the conclusions which the German bishops should draw from the October Amazon Synod. Among the speakers will be three members of the Amazon Synod's pre-synodal council, most prominently Bishop Erwin Kräutler who has been called by different sources the main author of the synod's working document.

In light of the fact that Misereor and Adveniat are members of Repam and since they have published the Synod's working document in German, LifeSiteNews reached out to both agencies, asking them about their financial and organizational involvement with Repam and the upcoming Amazon Synod.

In the following, LifeSite shall now present the answers which we have received from Adveniat and Misereor. We shall add our own further research in parentheses:

In 2018, Adveniat received just under $47 million in Euro donations. The Catholic Church in Germany asks on Christmas (24 and 25 December) in all churches to give donations to Adveniat.

The following events are either pre-synodal meetings for the development of the Instrumentum Laboris (working document) of the Amazon Synod, conferences, Repam meetings and conferences, episcopal assemblies and travels in the region:

Further research on the part of LifeSite found:

Misereor received $232 million Euro donations and public funds in 2018. The Catholic Church in Germany runs a national collection for Misereor in all Catholic churches during Lent.

Misereor's press speaker, Ralph Allgaier, told LifeSiteNews that the following different initiatives have been undertaken by Misereor with reference to the upcoming Amazon Synod:

Based on the above evidence, it is clear that both Misereor and Adveniat have invested money and organizational talent and other expertise in and for the benefit of the Amazon region, the organization Repam, and, finally for the upcoming Amazon Synod.

The final outcome of the Amazon Synod, as well as the prompt implementation of certain decisions in Germany, might well confirm Cardinal Müller's above-quoted statement that “the synodal process in the realm of the German Bishops' Conference is now being linked with the Synod for the Amazon, and this is done for ecclesial-political reasons and as a leverage for the restructuring of the Universal Church.”