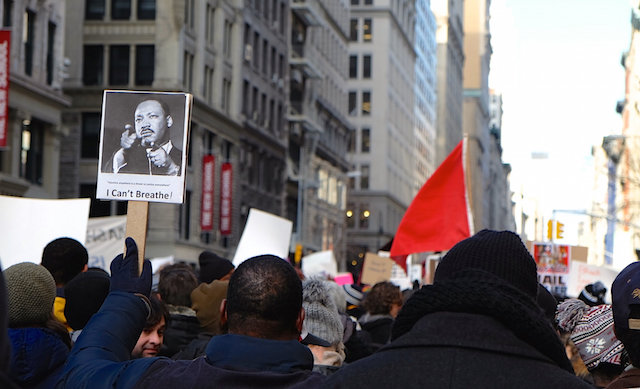 June 5, 2020 (LifeSiteNews) – For the past week and a half, social media has melted down into a dumpster fire of virtue-signalling, accusations, anger, and finger-pointing. If you didn’t black out your profile photo for #BlackOutTuesday, you were probably insufficiently committed to combatting racism. If you didn’t immediately embrace Black Lives Matter, it was your knee on George Floyd’s neck, too. If you refused to climb aboard the raucous bandwagon without first asking who was driving it, Christians of a certain type relished telling others that they were irredeemable racists. One gets the sense that running into a view that differed from their own made these Christians feel a bit persecuted, and relished their brief participation in the ranks of the oppressed.

What has been incredibly frustrating is that the narrative of a “divided America” is not really accurate in this specific instance. I’d wager that around 90% of Americans agree on two things: George Floyd was brutally murdered, and the perpetrator should be brought to justice; and looting and burning down cities is wrong. Responding to a murder by creating more suffering is obviously not the answer, and people of good faith agree on that. We can all agree on these two basic facts, which means that in reality, we should have much common ground to work from.

But that discussion isn’t happening. One of the reasons for that is because every social justice grifter in America is hitching their bandwagon to George Floyd’s hearse. I can say, heartily, that black lives matter. I don’t agree with those who insist on responding with “all lives matter,” because I understand that attention should be focused on the injustice at hand. As a pro-life activist, I believe that all lives matter but spend much of my time focusing on pre-born lives. We don’t need to talk about every injustice in order to speak about any injustice. I also disagree with those who insist on dredging up George Floyd’s past. Regardless of who he was and what he did, he did not deserve to die with a knee on his neck in the street, and the enthusiastic discussion of his criminal record is often an attempt to deflect from the crime at hand.

With all of that said, however, I cannot support the organization Black Lives Matter. As I’ve noted before, their guiding principles include the promotion of the LGBT agenda and new and radical interpretations of gender (they want to “dismantle cis-gender privilege,” for example.) Their leaders are, without exception, radically pro-abortion. If Black Lives Matter was simply about seeking justice for George Floyd and Ahmoud Ahmary and Philando Castille, I would be happy to voice my support without qualification. But this movement is not simply about that. It is about remaking society and creating a progressive utopia out of the ashes of the society that we now inhabit. And that is why I cannot climb onto a bandwagon when folks with those beliefs are the ones driving it.

It has been frankly exhausting to watch progressives accuse anyone who refuses to parrot their lines as racist, when those progressives—those who have not completely relinquished grip on reality—know that this is not true. Racism is real, it is present, and anyone who doubts that should listen to the experiences of folks like Republican Senator Tim Scott. We should have a conversation about racism, and we should take meaningful steps to address it. I think that a majority of Americans agree on this, and that much progress could be possible. But because political opportunists and media carpetbaggers insist on an agenda that encompasses every imaginable social issue, the common ground has been deliberately torched—and anybody who tries to say “I agree with this and not that” is shouted down as a racist.

The vast majority of Americans were horrified by George Floyd’s death. The vast majority of Americans are willing to listen to real solutions (if they were proposed.) But because many social justice warriors and progressives insist that to talk about anything we must talk about everything—including issues where we vehemently disagree—the common ground vanishes, the discussion disintegrates, and nothing gets done. The two positions are not “people who do not want to address racism” and “let’s defund the police force and break the gender binary.” There is a huge amount of space between those positions, and that is where most of us are. It is a crying shame that the silent majority is being ignored.