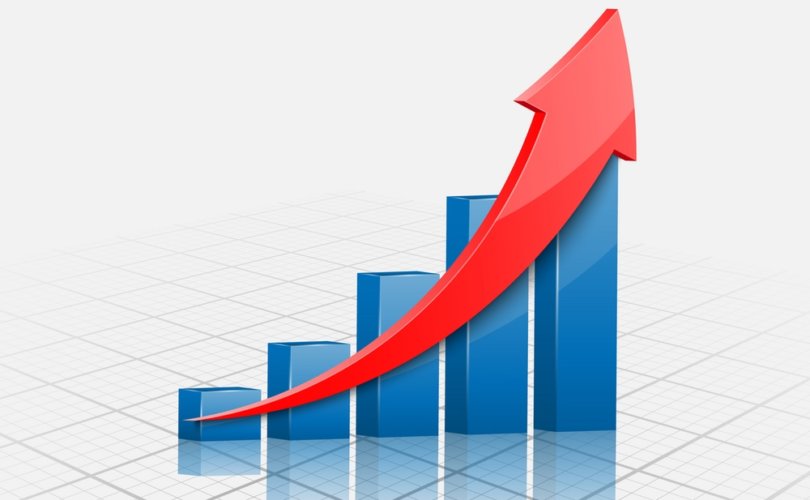 March 24, 2020 (LifeSiteNews) – Eight days ago, I wrote an article suggesting that the Chinese Coronavirus will not take hold in America the way it did in China, South Korea, and Italy.

The proximate cause of my putting pen to paper (or putting fingers on keyboard, actually) was a number of alarming projections to the effect that over a million Americans may die before the epidemic here is damped down.  Such projections seemed to me then, and continue to seem to me now, to be overblown.

This is not to say that the coronavirus does not pose a threat to elderly Americans—it does—only that an obsessive focus on worst-case scenarios tends to obscure the mounting evidence that the Wuhan Flu can be mitigated and treated, if not absolutely controlled.

Now I do not write as a medical doctor, although I am ABD (all-but-doctorate, as we say) in the biological sciences.  Nor am I an epidemiologist, although I have carried out health surveys in developing countries and have a background in demographic anthropology.  Nor am I a statistician, although I was a nuclear engineer in the U.S. Navy.  If a nuclear reaction is not an example of exponential growth I don’t know what is.  Numbers are my friends.

Some are alarmed by the fact that the number of confirmed cases of the Wuhan Flu in the U.S. are on the rise. What everyone needs to understand is that this is largely a reflection of the continued expansion in testing, rather than an indicator of the spread of the disease itself.  The more people we test, the more cases we are going to find. It’s as simple as that.

The other thing about the current testing protocol is this:  The CDC only tests people who have symptoms.  Naturally a high percentage of the tests come back positive, leading some to think that a similar percentage of the general population has the disease.  They don’t.

News anchors who breathlessly announce each day’s tranche of new cases do a disservice to their audience by not explaining these things.  Of course, they do a similar disservice by reporting China’s fake numbers as if they were fact.

Now I would hope that no American broadcaster would deliberately try and make China—which unleashed this pandemic on the world—look good and his own country, by comparison, look bad.  But who knows?

Let’s start with Ohio. I earlier quoted Governor Mike DeWine, who on March 13th suggested that the state might on that day have had as many as 100,000 cases of the Wuhan Flu.  That seemed to me unlikely given that at that time there were only 37 diagnosed cases, 7 hospitalizations and no deaths.

Flash forward to today.  Based on the generally assumed Rate of Infection (ROI) of 2.6, the state would by now have a half million cases or more.  Yet, as of this writing, the state’s Department of Health reports only 104 hospitalizations and 6 deaths from the coronavirus.  By way of comparison, 579 persons were hospitalized last week alone in Ohio for the seasonal flu.

The total number of confirmed Wuhan Flu cases in the state currently stands at 442.  How many more people have been tested but found negative?  This was impossible for me to find out. Ohio, unlike nearly all the other states, only reports those who have tested positive.  Moreover, Ohio is far behind other states in the number of people tested, even though it has, at almost 12 million people, the seventh largest population of any state.

The COVID Tracking Project, which is evaluating the 50 states in terms of their response to the epidemic, has given Ohio a “D” because of its slowness in testing and its incomplete reporting.

Nevertheless, on Sunday, March 22nd, Governor DeWine put the entire state on lockdown.  “Every piece of evidence that I can lay my hands on indicates that we’re at an absolutely crucial time in this war and what we do now will make all the difference in the world,” he explained. “What we do now will slow this invader so our health care system … will have time to treat casualties.”

One wonders what evidence he has seen to justify such an extreme action.  A lockdown will not only slow the spread of the Wuhan Flu, it will also bring the economy of the state to a grinding halt.  Businesses will be bankrupted, jobs will be lost, and savings will be depleted.

People already anxious over the epidemic will now have a whole host of new issues to worry about, such as “What happens if I lose my health insurance?”  Anxiety and panic can be killers too.

After being locked down for a couple of weeks, some people in the Chinese city of Wuhan began committing suicide by jumping off of the balconies of their high-rise apartment buildings.

Would it not be better to protect those at high risk, the elderly and those with preexisting conditions, and let the rest of Ohio get back to their lives?

The cure may be worse than the disease.

Outside of China and Iran, about which we know nothing other than what their dictatorial rulers choose to tell us, the biggest tragedy is Italy.  As of Sunday, 59,138 were ill with the virus, and 5,476 Italians had died.  This means that roughly nine percent of Italy’s coronavirus victims have died, which is more than twice as high as China’s four per cent fatality rate.

Italy was infected by Chinese travelers early on in the Wuhan epidemic, which is hardly surprising given the huge amount of human traffic between China and that country.  Over the past quarter century the Italian fashion industry has become heavily dependent on Chinese sweatshop labor working in warehouses all over northern Italy.

There is an even closer geographic connection to the Chinese epidemic as well, since many of the Chinese immigrants, both legal and illegal, come from the city of Wenzhou.  This port city, south of Shanghai, has been hit so hard by the Wuhan Flu that it, like Wuhan itself, was put under quarantine for many weeks.

But what accounts for the alarmingly high percentage of fatalities?

The elderly are particularly vulnerable to the virus, and Italy has the second oldest population in the world.  The median age of Italy’s coronavirus patients is 67, while China’s was a much younger 46.

But there is another factor at work as well.  According to Professor Walter Riccardi, who is an adviser to Italy’s minister of health, the high number of fatalities attributed to the Wuhan Flu may be largely a coding error.

Prof. Riccardi explains: “The way in which we code deaths in our country is very generous in the sense that all the people who die in hospitals with the coronavirus are deemed to be dying of the coronavirus.  On re-evaluation by the National Institute of Health, only 12 percent of death certificates have shown a direct causality from coronavirus, while 88 percent of patients who have died have at least one pre-morbidity–many had two or three.”

So, at the present moment, it’s probably best not to be too alarmed by the numbers coming out of Italy, which may be exaggerated by a factor of eight.  Correcting for this would put the actual Wuhan Flu death rate a little above one per cent of those who have been tested.

At the outset of almost every epidemic, the fatality rate tends to be quite high, in large part because the only ones being tested are those already seriously ill. Oxford University’s Centre for Evidence-Based Medicine (CEBM) offers the following example from the swine flu pandemic:

In other words, the early estimates of the “case fatality rate” of the swine flu epidemic were anywhere from five to 200 times higher than the final fatality rate, as calculated by the WHO, once the influenza had run its course.

“Evaluating Case Fatality Rate during a pandemic is a hazardous exercise,” the number crunchers at CEBM drily note.  They concluded that “Our current best assumption, as of the 22nd March, is the Infection Fatality Rate is approximate 0.20%.”

A fatality rate of 0.2 per cent would still pose a massive threat to the health of peoples the world over.  But it would be a vast improvement over the 1 per cent or more fatality rate that the most dire forecasts are based on.

And, as CEBM suggests, it is likely to come down further.