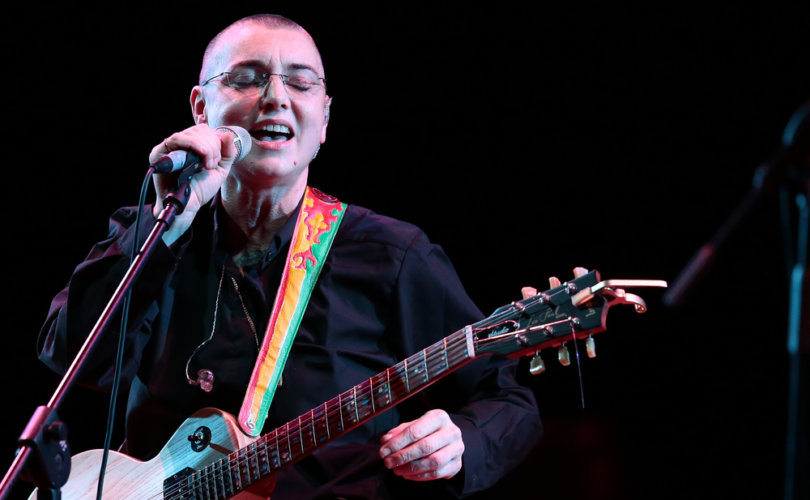 Even Sinead O’Connor could not deny that the abortion she had in 1990 killed her baby.

Nov. 4, 2016 (LifeSiteNews) – When the film Obvious Child was released in 2014, pro-choice groups triumphantly announced the arrival of the “abortion comedy.” It was a hilarious movie, they announced, and it was about abortion—thus marking the crossing of the final frontier in the abortion wars. Abortion was no big deal. It was utterly benign. In fact, it could even be funny.

The film was a flop. Despite the abortion movement’s best efforts, it turned out that almost nobody—not even the radically pro-abortion members of the entertainment industry—thought abortion was very funny. Quite the opposite, in fact—as Jonah Goldberg has pointed out in the National Review, films and television shows noted for their promotion of hedonism often still cannot quite bring themselves to celebrate abortion.

Indeed, on those rare occasions when abortion is portrayed by film stars and entertainers, it is rarely portrayed positively. The often-filthy lyrics of the music industry, which first formed the shrieking anthems of the boundary-smashing era of “sex, drugs, and rock and roll,” are littered with heartbreaking lines that reveal the true devastation abortion has wreaked on the high-living libertines of the Sexual Revolution.

“Rock n’ roll,” of course, was slang for copulating in a car—and the tiny human beings that arrived on the scene as the result of such activities were often quite unwelcome, and nearly always inconvenient. The abortion industry, however, was conveniently available to dispense with the unwanted offspring, and business was good.

One might think that such customers would, of all people, be eager to celebrate the abortionists who relieved them of their responsibilities and enabled their lifestyles. Instead, the prominent theme that comes through whenever abortion is mentioned seems to be guilt, and even agony. The rapper Nicki Minaj came under fire, for example, when she admitted to regretting her abortion recently. Pro-choice commentators responded rather angrily—one suspects they felt Minaj was slightly ungrateful. But that theme carries through for many other artists, as well. Beth Torbert, known to the rock n’ roll world as the notoriously crude and hedonistic Bif Naked, wrote a song named after a baby she aborted when she was eighteen. She named the child Chotee:

The abortion industry, of course, finds such sentiments problematic. They reveal an uncomfortable truth—that abortion often functions as a lethal way for men to dodge responsibility. And worse, they portray abortion as a moral wrong. What’s to forgive, after all? It’s not a baby! And while the songwriters may agree with that statement ideologically, they cannot betray the knowledge they still possess instinctively. Torbert wasn’t the only rock star to name a song after an aborted child—Fleetwood Mac’s 1979 song “Sara” was named after a child Stevie Nicks conceived with Don Henley. If she had married Henley, she said, Sara is what she would have named their daughter. They didn’t marry, and so Sara was killed. Gone, but not forgotten.

The singer Sinead O’Connor, too, could not deny that the abortion she had in 1990 killed her baby. The baby had been planned—but the father turned out not to be the man she had thought he was:

Think about my little girl
Her yellow skin and her dark curl
And how her father's heart was frozen
I spoke to her and I said:
“You won't regret the mother you have chosen”
I lied. Where's she tonight?

I left him now we're apart
And I think about his cruel heart
And how his lies have left mine broken
To think that I spoke to him then I said:
“She won't regret the father she has chosen”
I lied. Where's he tonight?

With the few exceptions of songs written by defiant, angry musicians who howl their support of abortion—some of which are paid for by American abortion groups—most express a deep sadness at the loss of life. Kenny Rogers, for example, penned these lines:

I was young, so was she.
Life didn't stay a mystery for very long…
We could do no wrong.
Then she called, said she was late.
So we took a little drive upstate an' took care of that…
Yeah, just took care of that.

But now I'm longin' back at some of my decisions,
Now that it's much too late to change…
How a father could have held his son.
If I could undo what's been done,
But I guess everyone is living,
With water and bridges.

You brought one more inhabitant
To live in this rotten city
Where whatever is not wanted, is killed.

The amoral landscape of mainstream music is littered with such schizophrenic songs – lyrics that celebrate every imaginable form of sexual immorality, while simultaneously revealing a deep guilt for the deaths of the innocents who paid with their lives for the lifestyles of their parents. This guilt should not be mistaken for anti-abortion sentiment – most of these musicians are not pro-life, and would reject such a label vehemently. They are too entrenched in the cesspool of celebrity, and the adulation of their fans drowns out the silent screams of those who were sacrificed to keep them onstage.

While most musicians who came of age during the heady days of the Sixties embraced abortion in practice if not in song, there was at least one notable exception. Singer Pat Boone wrote some of the most powerful lines ever written about abortion after more than 16,000 aborted babies were discovered in 1982, floating in formaldehyde in a storage container at the Woodland Hills home of California lab operator Malvin Weisberg. Weisberg had been unable to get rid of the corpses due to financial difficulties, and they were discovered when the container he had been storing them in was repossessed by the Martin Container Company. Some of the babies were as old as thirty weeks, but initially a California judge ruled that they could not be buried as “human remains.” Boone was appalled, and wrote in response a song he called “Sixteen Thousand Faces,” mourning the savagery of abortion and the callousness of the judges who “went home to dinner, satisfied they’d done their best—but 16,000 motherless children have no place to rest”: