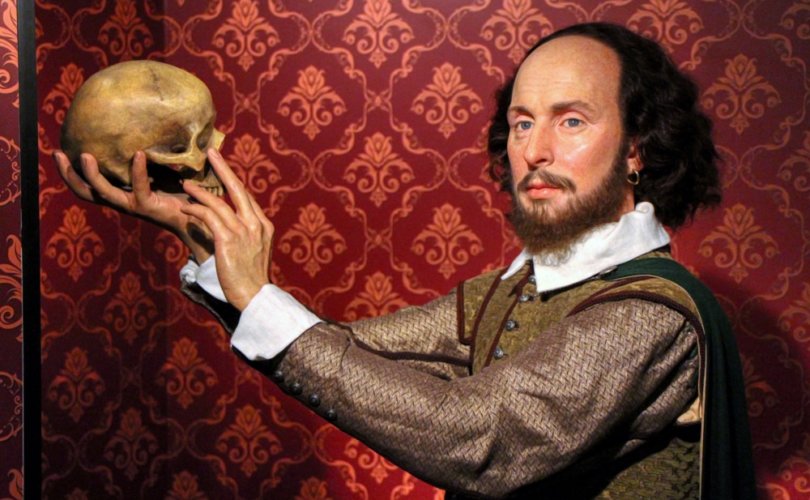 September 6, 2019 (LifeSiteNews) — By the time I finally stopped watching television, more than a decade ago, even the shows I liked best were being spoiled by the producers’ need to include politically correct themes, issues, and characters. There can be no objection to having, for example, bad people, in fiction, who are nominally Christian, or good people who are same sex–attracted, but if they invariably turn out that way, one begins to wonder if something strange is going on. At the same time, writers were having to make their plots more and more macabre to maintain a constant level of shock value. Between the obeisance to political correctness and the display of dismembered corpses, the human interest of the drama seemed to have slipped away.

The decay of modern culture manifests itself in a different way in theatre. I watch a fair number of plays, including open-air Shakespeare and student productions in and around Oxford. The summer season has just come to a close, and while some of the productions have been excellent, others have been problematic. When presenting classical drama, a view has taken hold, less so at the top level of professional theatre, but elsewhere, that the sex of a character does not affect the relationships between that character and others.

A few years ago, I saw what was in many ways a powerful production of Shakespeare’s Julius Caesar. One of the most important relationships in the play is between Brutus and Cassius. Cassius manipulates Brutus into joining the conspiracy to assassinate Caesar, but they retain a deep friendship, and the scene of their arguing and being reconciled, toward the end of the play, is moving. In this production, “Cassius” was a woman.

I don’t mean that the character of Cassius was played by a woman. I mean that the character Cassius had been turned into a female character. I have seen Fiona Shaw (no relation) play Richard II; an all-female Taming of the Shrew; and Mark Rylance play Cleopatra, and Olivia in Twelfth Night, all with great success. For an actor to play a member of the opposite sex is a challenge, but it can work. If the problem is that classical drama lacks female roles, that is one solution. Turning male characters into female ones, or vice versa, is something completely different.

Is an intense male friendship, as between Brutus and Cassius, interchangeable with a friendship between a man and a woman? I would have thought the last people who would imagine such a thing would be those concerned with presenting such relationships on the stage. Of course men and women can be friends, but the nature of the relationship is not the same as the friendship between two men, or between two women.

But this confusion has taken hold. This season I witnessed Romeo’s friend Benvolio, in Romeo and Juliet, turned into “Benvolia”; a male witch (one of three “weird sisters”) in Macbeth; and the complete gender confusion of Oberon and Titania in A Midsummer Night’s Dream. (The last of these was a disaster, with a large proportion of the audience not returning after the interval.) The most egregious example I have seen was the turning of the judge in Gilbert and Sullivan’s Trial by Jury into a woman. At the end of the opera, the judge couples up with the jilted bride, who had taken her fiancé to court for breach of promise. It is supposed to be absurd: it is a comic opera. But it still has to make sense on its own terms.

The idea seems to be that the fluidity of sex is such that a male-female relationship can plausibly stand in for a relationship between two men, and same-sex attraction can stand in for heterosexual attraction. Perhaps all we have to do, on this view, is to shed some preconceptions and inhibitions, and we will all become pansexual. After all, was it not just prejudice, or chance, or something, which led to each of us being “assigned” a “gender” on our birth certificates?

Readers can answer that question as they wish. As far as classical drama is concerned, we have, like it or not, a set of texts composed by people who did not take that view. When Shakespeare, or indeed homosexual playwrights from Oscar Wilde to Joe Orton, present a relationship, they believe that its dynamic is influenced decisively by the sexual identity (and the sexual orientation) of the two parties. It is because, as the older generation of feminists would say, women have particular experiences in common, that women are convincingly portrayed as having friendships and conversations with each other that differ in kind from the friendships and conversations they have with men. And so on.

If the great writers of the past are to continue to speak to us from the stage or the screen, this irrational and outmoded prejudice of theirs — if that is what it is — cannot simply be ignored. It is embedded too deep in their thought and in their works.