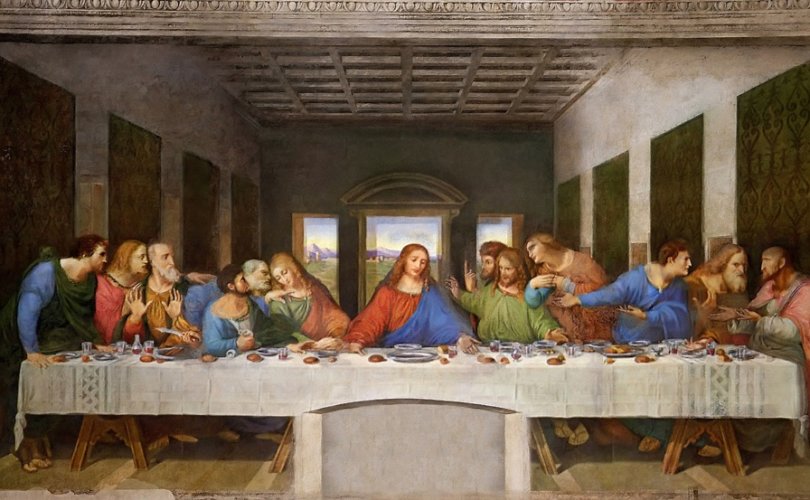 April 3, 2018 (LifeSiteNews) – There is a strange tendency nowadays to think that the external aspects of a thing matter very little, while the “inside” is all that counts. For example: as long as you’re “a good person on the inside,” it doesn’t matter what you look like, how you dress, how you speak, what music you listen to, or even (taken to an extreme) what religion you profess.

There is a grain of truth in this view: one’s height or build or skin color, for instance, are not moral qualities; sinners and saints come in all colors, shapes, and sizes. The problem is rather that we are too quick to forget how the outside wells up from within, how it often reveals to us just what is in the heart. A good person will dress modestly, speak respectfully, and listen to music that builds up a noble character instead of assaulting it—and all this, because of dispositions in the heart, invisible to men’s eyes but visible to God’s. The profession of a religion, while obviously done with external words and gestures, is rooted in the deep soil of the soul, and shows outwardly what a man’s most intimate worldview and priorities are.

There is truth in Oscar Wilde’s quip, that it is only a shallow person who does not judge by appearances. For appearances are the bearers of meaning and the focus of our emotional concerns. When I am struck by a human face this experience is not a prelude to some anatomical study, nor does the beauty of what I see lead me to think of the sinews, nerves and bones which in some way explain it. On the contrary, to see “the skull beneath the skin” is to see [merely] the body and not the embodied person. Hence, it is to miss the beauty of the face.

With perfect consistency, therefore, our medieval forebears would never have agreed with the platitude “you can’t judge a book by its cover.” For they spent enormous sums of money on Evangelaries or Gospel books with heavy bindings of gold, silver, and jewels, so that it was perfectly obvious that this book held the very words of God Himself, and deserved our utmost veneration.

The sacred liturgy, too, holds the very words of God—indeed, astonishingly, the Mass holds God Himself, the Word made flesh. It is utterly inconsistent with its inner content that the outward form of it should be anything but glorious, majestic, beautiful, solemn, reverent. We should be able to judge this book by its resplendent cover, that is, the Mass by its appearances, musical, textual, ceremonial; we should be able to see the heart in the actions. We should not “miss the beauty of the face.”

Nowadays we hear a lot of emphasis on not paying too much attention to externals in the Mass but just remembering that “Jesus is present.”

To lapse into a bit of slang: Sorry, this ain’t gonna cut it.

Throughout history, Christians have offered the best they can to God in the liturgy, especially the beauty attainable in the fine arts, in order that the souls of worshipers might be better disposed to adore and glorify the Lord. This is the sense in which St. Thomas insists that the liturgy is not for God’s sake but for ours. Of course it is directed to God; there would be no point in liturgy if God did not exist and if Christ were not our Redeemer by whose Sacrifice we are saved.

But the liturgy does not benefit God or Christ, as if making them better; they are already as good, holy, and glorious as they can be. Rather, it benefits us who offer Him the sacrifice of praise, by ordering our souls to Him as our ultimate end, by filling our minds with the truth of His presence and our hearts with the fire of His love. These things are best accomplished by a liturgy that is impressive in its setting and furnishings, gestures and vestures, chants and ceremonies—one that is permeated from start to finish with manifestations of the nearness and otherness of God. A liturgy that is thoroughly sacral will be one that cannot be co-opted for secular purposes but compels the respect, wonder, and prayer of the beholder.

Put simply, man as a creature of intellect and sensation will not be benefited nearly as much by liturgy that is either verbal-cerebral or superficially flashy (as in the circus exhibitions of the Three Days of Darkness in Los Angeles) as he will by liturgy that is packed with rich ceremonial-textual content and saturated with sensuous symbols. This is exactly what all historic Christian liturgies are. Sadly, this is exactly what most contemporary Catholic liturgies are not.

A happy exception would be the growing number of places where the traditional Roman rite or “Extraordinary Form” is being offered, for this rite is saturated with sacrality and nearly compels one to pray, to go deeper into the mysteries of Christ through the outward appearances, just as the disciples at Emmaus “knew him in the breaking of the bread” (Lk 24:35). The liturgical rite is like bread miraculously multiplied down through all the centuries and placed in front of every king and pauper who seeks the food that will not perish. When we break this bread by entering into the rite, we come to know the risen Christ.

It is amazing that the leaders of a ritual faith imagined that they could dispense with traditional forms of prayer. Among the few elites who saw the folly of this project, most were artists, naturally alert to the way supposedly superficial things can in fact be essential.

In like manner, aphorist Nicholas Davila observed: “When religion and aesthetics are divorced from each other, it is not known which is corrupted sooner.”

For all these reasons, then, a liturgy not only may but must be judged “by its cover,” by appearances—for, as Aristotle says, it is the appearances of a thing that point to its nature and substance. The Catholic Church has to care not only about realities but about appearances. Human beings come to know the truth through their senses; they cannot have concepts without phantasms. In religion, in the encounter with the God-man in His life, death, and resurrection, our senses, memories, imaginations, and emotions play as important a role as our intellects and wills.