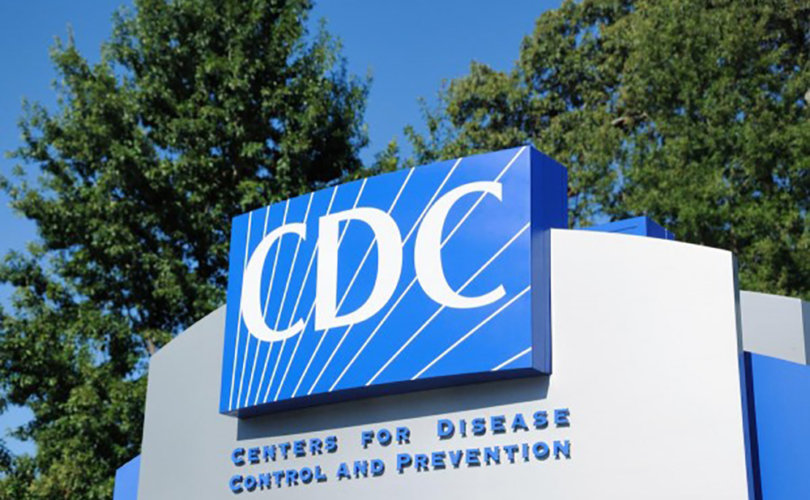 January 10, 2014 (LifeSiteNews) – This week the Centers for Disease Control and Prevention released its annual report, Sexually Transmitted Disease Surveillance 2012, to whining among journalists that the reason for the documented continued rise in syphilis (primarily affecting homosexuals) has more to do with homophobia than anything else. Consider the following from Bloomberg News:

Gonorrhea and syphilis are on the rise in the U.S., mostly in men who have sex with men (MSM), a trend the government said is linked to inadequate testing among people stymied by homophobia and limited access to health care.

The rate of new gonorrhea cases rose 4 percent in 2012 from the year before, while syphilis jumped 11 percent, the U.S. Centers for Disease Control and Prevention said today in a report. Rates for chlamydia, the most common of the bacterial sexually transmitted diseases, gained less than 1 percent.

While all three diseases are curable with antibiotics, many people don’t get tested as recommended, said Gail Bolan, the director of the CDC’s STD prevention division. That’s especially the case for syphilis, where the rise is entirely attributable to men, particularly those who are gay or bisexual.

“We know that having access to high-quality health care is important to controlling and reducing STDs,” Bolan said in a telephone interview. “Some of our more-vulnerable populations don’t have access. There are a number of men who come in to our clinic for confidential services because they’re too embarrassed to see their primary care doctors.”

If they are eschewing their primary care physicians, then MSM actually do have access to quality healthcare. They choose clinics, instead.

The whine in the article then continues with George W. Rutherford, a professor of epidemiology at the University of California at San Francisco who captures something of the hedonistic disorder driving the numbers:

“With most of these populations, having a sexually transmitted disease from having sex with another man is highly stigmatized,” he said. “They’d rather not get tested for HIV, syphilis, or whatever. They don’t want it to show up on their records.”

Neither do married men want diseases transmitted by their mistresses showing up on records. That said, there is an understandable stigma surrounding gay and bisexual men whose community has become the engine of disease in the United States where HIV, Syphilis, and Gonorrhea are concerned. Far from being ten percent of the population, as they claim, CDC points to the fact that MSM constitute two percent of the population. Lest any doubt the force of this engine, here is the CDC fact sheet on HIV Among Gay, Bisexual, and Other Men Who Have Sex With Men:

Gay, bisexual, and other men who have sex with men (MSM) represent approximately 2% of the United States population, yet are the population most severely affected by HIV. In 2010, young MSM (aged 13-24 years) accounted for 72% of new HIV infections among all persons aged 13 to 24, and 30% of new infections among all MSM. At the end of 2010, an estimated 489,121 (56%) persons living with an HIV diagnosis in the United States were MSM or MSM-IDU.

Some of the real reasons why STD’s are on the rise among gay and bisexual men were covered just a few weeks ago in the New York Times. The CDC and other epidemiologists are pointing toward the upward trend in unprotected sex:

Federal health officials are reporting a sharp increase in unprotected sex among gay American men, a development that makes it harder to fight the AIDS epidemic.

The same trend has recently been documented among gay men in Canada, Britain, the Netherlands, France and Australia, heightening concerns among public health officials worldwide.

Being tested even once for H.I.V. is associated with men taking fewer risks, whether the test is positive or negative, health experts say. But the most recent survey found that a third of the men interviewed had not been tested in the past year.

Rather than homophobia, the article goes on to give evidence that being tested even once is associated with a reduction in risk-taking behavior, and that the rise in unprotected sex has continued unabated since 1997. Read the rest here. That rise in unprotected sex, with condoms with some value, is accompanied by the real reason why STD’s, including HIV, Syphilis, and Gonorrhea are on the rise:

In a 2006 study published in the journal, AIDS Behavior (AIDS Behav. 2006 September; 10(5): 495–507.) Duru, et al. studied the behaviors of a representative sample of HIV-positive homosexuals, heterosexual men, and women. The results are shocking.

Sixty percent of homosexual men failed to report their serostatus to all partners, compared to thirty-four percent of heterosexual men, and twenty-seven percent of women.

More shocking than those numbers is the breakdown of nondisclosure according to clinical stage of the disease.

In studies and commentary on the issue of nondisclosure, fear of rejection is often cited as the driving force. While quite legitimate, the act of nondisclosure says something about the hedonistic predisposition of the offenders. They are more concerned about their acceptance in bed, than the life, health, and safety of the people whom they knowingly place at risk. They hold in low esteem the unsuspecting individual, denying them the right to make a decision for themselves. It is part of the objectification of the other inherent in sexual promiscuity.

In recent years, many HIV positive gay men have been quoted as saying that the prospective partner needs to take responsibility for the potential risks associated with sex; an action that then absolves the HIV-positive partner from the need to disclose. As rationalizations go, there is a large kernel of truth at the core of this one, but not enough to assuage moral and epidemiological culpability in this ongoing, slow-motion train wreck. No, the truth of the matter is that fifty-six percent of all HIV cases in this country are concentrated in a group representing two-percent of the population. That’s not because of persecution from without, but a suicidal impulse from within.

Reprinted with permission from Gerard Nadal