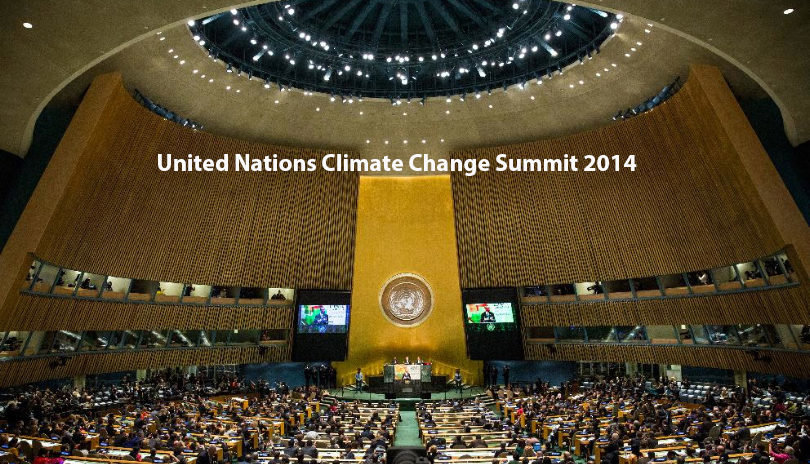 It was dismaying to read two recent statements associated with Catholic Church and many other religious leaders on the climate change issue. One is the Interfaith statement on climate change  co-signed by 1) Cardinal Oscar Rodríguez Maradiaga, the lead cardinal in Pope Francis’s gang of 8, but here representing the Church’s international aid organization, Caritas Internationalis, 2) Father Michael Czerny, representing the Pontifical Council for Justice and Peace and, surprisingly, 3) John Cardinal Onaiyekan from Nigeria, a very solid cardinal who was likely co-opted into this. Among the many questionable pronouncements in the document that seems to accept climate alarmism as gospel truth is the line, “We recognize that climate change stands today as a major obstacle to the eradication of poverty.” What?

Then there was the September 23 address  at the United Nations by Cardinal Pietro Parolin in which he stated, “The scientific consensus is rather consistent and it is that, since the second half of the last century, warming of the climate system is unequivocal.” The problem is that he is dead wrong. The evidence and consensus now amongst any honest scientists is that there has not been any warming for at least the past 16 and possibly even up to 26 years years. It has stopped. In fact we may be in for a long term period of cooling. Cardinal Parolin should get new advisors.

The global warming/climate controversy has been driven and manipulated especially by  population control, global governance and environmental extremist forces and those with additional agendas, such as personal financial gain (Al Gore). Massive fraud or gross errors in conclusions have been repeatedly exposed, yet anyone who dares to point out these things in the falsely claimed “settled science” is ridiculed and threatened with loss of funds, careers or worse. They are even threatened with charges of treason, other high crimes or threatened with execution. It gives you an idea of the totalitarian mindset of many of the people behind this movement.

Today’s persistence of the global warning/climate change alarmism in the face of the mountain of evidence in recent years undermining their claims has changed the movement into more of a cultish religion. Its adherents are doing whatever they can to convert the entire world to their one religion which has as its goal to change how all people and nations of the world live their lives.

Sadly, Catholic hierarchy, bishops’ conferences and even the Vatican have been entering into support of this movement and controversy which is far beyond their realm of competence. They see it a “social justice” issue, but the difficulty is in sorting out who is really telling the truth. It is noteworthy that the usual liberal, social justice minded Catholics who place the life and family issues as a low priority are usually the Catholics who are most into the global warming, bottled water, environmental issues and changing political structures agendas as their highest priorities.

LifeSite and especially myself have been following this issue for years. All the usual suspects in the anti-human population control movement have been very prominent in the global warming alarmism, as has the world governance crowd at the UN and elsewhere. Search for “global warming” and “climate change” (the term used during the cold winter months) in the Lifesite search and then start reading if you want compelling evidence. There is a great deal.

As I have said, there has not been any warming for quite a few years now. The Arctic sea ice has been massively growing rather than reducing, directly contrary to the alarmists dire warnings. The Antarctic sea ice has grown to the largest volume ever recorded. Polar bears have been thriving for years. Man made global warming/climate change alarmism has been largely one of the greatest scams ever, with a small amount of truth to it.

There has always been climate change throughout the world’s history. It has shifted greatly over the centuries and millenia. Ice ages and very warm periods have come and gone without any influence from humans. The exact causes for this are still far from being fully understood, but the phenomenon is now being manipulated for a particular ideology. The Church is making a mistake by allowing its genuine concern for the poor and for creation to be co-opted by ideologues.

Global warming/climate change has been a very convenient vehicle for generating great fear to stampede the public and especially easily frightened children and youth into accepting radical political, economic and other changes that they would otherwise not accept. Even some church leaders, it seems, have not been beneath exploiting this fear for leftist “social justice” agendas. Others, however are genuinely concerned, but themselves manipulated in their ignorance and naive goodwill by alarmists.

I don’t like all this. In fact I am very upset about it. You should be too. In fact it is downright dangerous to our freedoms as well as a very serious threat to life and family.

Just to clarify, we should all be concerned about pollution. That is an altogether different issue. A real issue. But even then often greatly exaggerated. The Western developed nations have made great strides in the past few decades reducing pollution. It has been amazing. And yet the environmental extremists are far from satisfied. One big reason is that they are hard core de-populationsts. They want much of the earth given back to animals and the rest of nature. No kidding.

I would strongly urge you to watch this amazing video that I have watched myself for the first time only today. In it Weather Channel Founder John Coleman explains the history of the Global Warming hoax. He includes much that I have become aware of and more. It is very well done and well worth spending the 36 minutes to become well informed on such a huge issue that we are being propagandized on every day in all of the media and in all of our schools and universities.

Here are just a few other related LifeSite linked items: