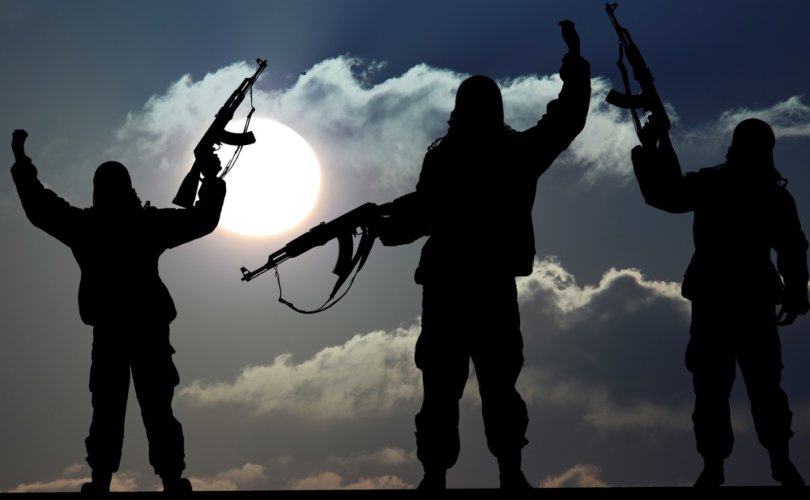 April 5, 2018 (LifeSiteNews) – On March 21, the famously angry atheist Richard Dawkins tweeted out a report from the Guardian with a reaction that made me do a double take: “Before we rejoice at the death throes of the relatively benign Christian religion, let’s not forget Hilaire Belloc’s menacing rhyme: ‘Always keep a-hold of nurse, For fear of finding something worse.’”

The Guardian was noting (as I did in this space in 2016) that Christianity in the UK was completely collapsing: Well over half of Britons no longer pray or attend religious services, and a staggering 70% of those between the ages of 16 and 29 do not subscribe to any identifiable religion.

Dawkins seems to have changed his tune somewhat. After all, this is the same man who once argued that the state needed to shield children from religious parents who were “indoctrinating them,” essentially dismissing the fundamental concept of parental rights as so much nonsense. Enlightened atheists running the state were far better equipped, in Dawkins’ opinion, to decide what was best for children than their own parents.

Dawkins’ sudden nostalgia for Christianity is not a mere outlier these days. Increasingly, atheists are realizing that the choice facing most Western nations is not the choice between the secularism of the Enlightenment or the Judeo-Christian traditions of Christendom. Rather, as Christianity collapses, the void is being filled with the religious traditions of incoming migrants, immigrants, and refugees.

For most countries, that is Islam. As the culture clashes in Europe grow, Dawkins has gone from referring to Christianity as something children need to be protected from to something “benign.” As LifeSite reported, he actually defended Christianity: “There are no Christians, as far as I know, blowing up buildings. I am not aware of any Christian suicide bombers. I am not aware of any major Christian denomination that believes the penalty for apostasy is death.”

That is a case that Bill Maher, the atheist HBO host who made an entire documentary that mocked Christianity, has been making often lately. He thinks Christianity is stupid, but he has realized that Islam poses a far greater threat to people like himself. Maher has gotten regularly pilloried and faced accusations of “Islamophobia” for making the explicit case that Christianity is, as Dawkins put it, benign while Islam poses a threat to the West. It has been strange to watch Maher defend Christianity on TV—and enjoyable to see the somewhat bewildered expressions on the faces of his interviewers.

Another famous atheist, Ayaan Hirsi Ali, became a long-time critic of Islam after a childhood in Somalia where she underwent brutal genital mutilation and fled to Europe in the face of a forced marriage. She has made the case that one viable solution to the ongoing cultural crisis is for Christians to begin proselytizing Muslims. When I mentioned my surprise at Ali’s proposal in an interview with Mark Steyn, he chuckled and responded that the only reason I was taken aback was that an atheist was sounding like a more muscular Christian than the Archbishop of Canterbury.

The brilliant British philosopher Sir Roger Scruton, who joined me on my podcast to discuss traditionalism and the collapse of Western Civilization last month, has also battled through his unbelief. The Judeo-Christian tradition, he told me, is a fundamental foundation—without it, you don’t have a Western Civilization. He himself has been creeping back, inch by inch, towards faith, and even urges young people to return to church.

Dr. Jordan B. Peterson, who is still grappling with the Christian faith and has not yet decided whether he believes in the historicity of the Resurrection of Jesus Christ, is nevertheless firm in his belief that Christianity contains fundamental truths that our culture cannot survive without.

Douglas Murray, who joined me several weeks ago on my show to talk about his magnificent book The Strange Death of Europe: Immigration, Identity, Islam, also spoke of Christianity as a positive thing and although he remains an atheist, he has taken to calling himself a “Christian atheist.” As he researches what he calls the “crisis of cultural confidence” in Europe, he too has realized that perhaps some of what was abandoned over the last half-century was important in ways we are just now beginning to understand.

It seems that many are realizing that when we decided to throw out Christianity, we perhaps did not realize what we were trashing—and what it protected us from. It is a curious thing that as Steyn noted, many atheists are sounding like more muscular Christians than mainline Christians do. While post-Christian churches apologize loudly for the sins of Christendom, many prominent unbelievers are pointing to the value of Christianity and some are even advocating for a reconsideration of faith in a society that has largely chosen to abandon it.

One thing is for certain: When even some atheists and agnostics are warning that we abandon Christianity at our peril, we should all be paying very close attention.