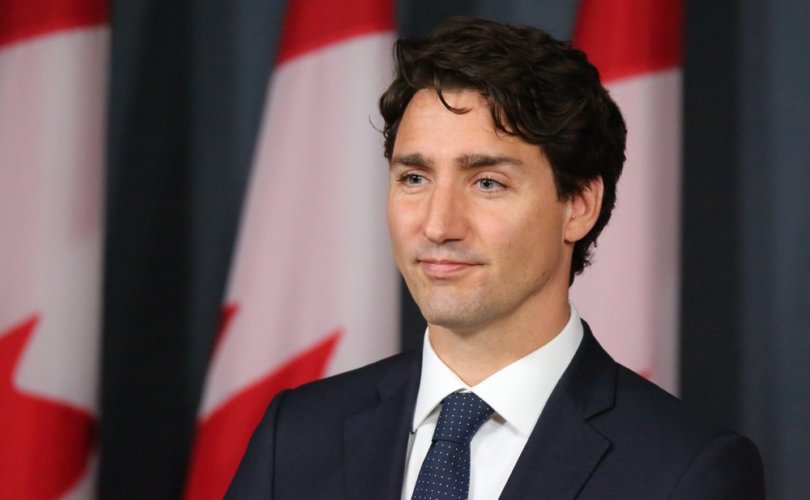 January 3, 2019 (LifeSiteNews) – Justin Trudeau’s condescending correction of a young woman who made the mistake of using the word “mankind” last year — “We like to say peoplekind, not necessarily mankind” — induced a global gale of laughter that transformed the suave anti-populist into a politically correct joke. Considering a few recent headlines, however, it appears that Justin’s insufferable linguistic smugness might become a trendy thing for the elites.

The European Union has joined Trudeau’s noble crusade against the word “mankind,” and has tossed in the word “manpower” to boot. Gender-neutral terms such as “humanity” and “staff,” a new guidebook explains helpfully to MEPs and parliamentary officials, are “more than a matter of political correctness. Language powerfully reflects and influences attitudes, behavior and perceptions.”

To that end, the guidebook politely asks that people also refrain from the “generic use of man” as well as terms like “statesmen,” which can be exchanged for “political leaders.” Words like “man-made” should be replaced with “synthetic,” and “businessperson” should be used over “businessman.” These new patriarchy-smashing rules, the guidebook assures everyone, are not “binding,” but acquiescence is encouraged. (The elites have a way of making “encouragement” sound downright sinister.) The new rules will be followed in official legislation, interpretation, and communications.

In the United Kingdom, activists at a handful of British universities have decided that “womxn” is now a term that everyone should use, irrespective of the fact that nobody knows how to pronounce it. The King’s College womxn society, says one website, was created to respond to “the issue of underrepresentation of women and non-binary people in the physics department at King’s College in London.” Presumably, they meant “womxn.” It may take awhile for this thing to catch on (after all, you may remember, “womyn” spread through society like wildfire.)

Of course, the lightning rise of the transgender ideology has created a war on language that is nearly unprecedented, with some feminists being told to shut up after they complained about the term “bleeders,” which is used to refer to those who have periods, since men, too, can apparently experience menstruation. The Guardian even referred to working women in one survey as “menstruators,” causing one angry feminist to note that “woman” was rapidly turning into “a kind of swear word.” Transgenderism, it turns out, has allowed men to colonize womanhood in a fashion that would have been unthinkable of a few decades ago.

The gender wars have once noble nations stooping into the absurd. Christmas, for example, triggered a debate about whether there should be a “non-binary” Santa, with nobody thinking to ask what that would even look like or why anyone should care. The Scottish Parliament ensured that their coffee shop replaced gingerbread men with “gingerbread persons” to ensure that the strong, empowered women of Scotland would not be triggered by a cookie. (This is not particularly surprising for a government that used its Twitter banner photo to announce support for transgenderism.) Normal people, of course, enjoyed the Christmas season by ignoring all such nonsense entirely.

It is important to note that none of these changes are taking place organically. This is not a case of slang or cultural phenomenon working its way into everyday speech, and eventually becoming accepted by all as helpful tools for communication. This is a top-down imposition of words most people cannot even define properly, many people have not even heard of, and, in the case of transgender pronouns, cannot even pronounce. This is an attempt by the elites to forcibly change the way we communicate with one another in order to make reality reflect their delusional ideology.

Normal people with common-sense should reject this cant out of hand.