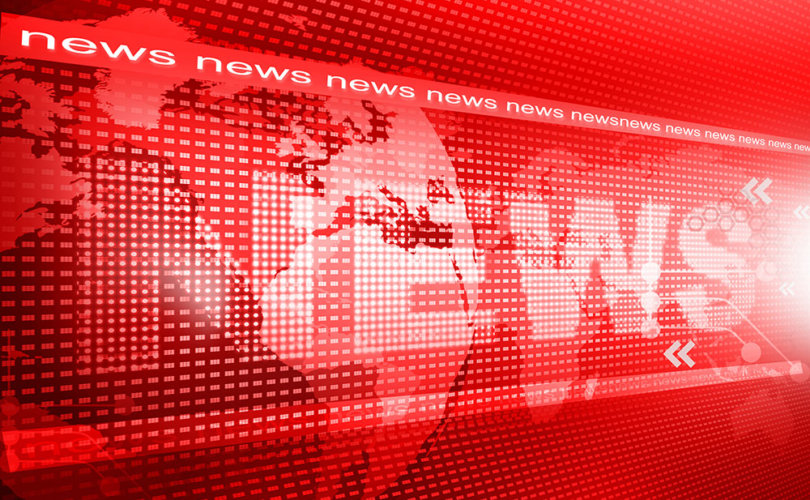 January 25, 2019 (LifeSiteNews) – LifeSite editor-in-chief John-Henry Westen and myself receive more emails every day than we can respond to. We make quick assessments, reject those not worth taking up our limited time and respond to as many of the rest as we can. A June 6 email from an organization unknown to us called NewsGuard, asking several questions, was put into the reject category – for good reason.

Friday, LifeSite’s Calvin Freiburger reported on NewsGuard's adoption by Microsoft as a news service rating app pre-installed on mobile versions of its Edge browser. Browser users have to choose to activate it. The report also confirmed exactly what we suspected about NewsGuard.

NewsGuard uses journalism to fight false news, misinformation, and disinformation. Our trained analysts, who are experienced journalists, research online news brands to help readers and viewers know which ones are trying to do legitimate journalism—and which are not,” the NewsGuard website states.

While some right-of-center websites, such as The Federalist and Conservative Review, receive green checkmarks, others such as The Drudge Report, The Blaze, Breitbart, and PJ Media are given warning labels. LifeSiteNews receives a warning label as well, with NewsGuard falsely claiming that this website “generally fails to maintain basic standards of accuracy and accountability,” has “repeatedly misstated medical research about abortion,” and fails to “regularly correc[t] or clarif[y] errors.”

What they are really saying is that LifeSite, Drudge Report, Breitbart, etc. do not present the politically correct, frequently skewed or “fake”, mainstream media version of the news – especially on the issues we cover. And, we fail to “correct” or “clarify” what they wrongly determine to be “errors” in our reporting.

The LifeSite article gives a few examples of NewsGuard's faulty assessments of LifeSite reports. They reveal NewsGuard has either not correctly read our reports or they make judgements on credibility simply based on the contrary views of establishment organizations,’ as though their status gives their views invincibility.

Guess who some of the news organizations are that NewsGuard rates as being extremely trustworthy? Why of course none other than The New York Times, Huffington Post, CNN, New York Daily News and National Review on line. All of them got the story on the Covington students spectacularly wrong. That is revealed in a report by Breitbart, which got the Covington story right, as did LifeSite, PJ Media, The Drudge Report and The Blaze – all of which get warning labels from NewsGuard.

LifeSite has posted numerous reports on proven fake news stories in the New York Times, CNN, Huffington Post and other news media positively rated by NewsGuard. In 2007, the New York Times was caught by LifeSite seriously misrepresenting, in a major investigative report, an abortion case in El Salvador. The renowned paper's public editor wrote in an almost half page column in the paper that LifeSite's claims were accurate. The Times was eventually forced to issue a prominent correction.

Below is the text of the June 6 email received from NewsGuard. I comment, in italics, under items in the email.  After reading this you will understand why we deemed it not worth our time to respond to the questions asked. To make this easier to follow, a writer identifier has been added before each paragraph or sentence.

My name's Douglas J. Rowe, an analyst for NewsGuard, a new service that reviews news and information sites for credibility, transparency and accountability.

LifeSite: Oh, oh. Here we go. Another one of these organizations wanting to interpret truth for news readers because they just don’t know how to do that themselves. Whose standards is NewsGuard going to use? Who is going to hold NewsGuard accountable for its assessments? Hardly any of these news assessment agencies have proven to be trustworthy.

NewsGuard: I just have a few things I wanted to clarify since I wasn't able to find information about them on lifesitenews.com — both on the site itself and elsewhere.

LifeSite: How hard did you try? What are you really looking for?

·  What happened to the defamation suit by the late Quebec priest? Did it end when he died?

LifeSite: A five-second search on LifeSite brings up the article, “$500,000 lawsuit against LifeSite by pro-choice priest is over”‏. Yes, it obviously ended when he died. What we did not also report on LifeSite is that only two days after Fr. Gravel died, his lawyer agreed to drop any further legal actions. Our lawyers were stunned by this extremely unusual quick resolution of the case.

LifeSite: The easily found LifeSite About page states, “1. Accuracy in content is given high priority. News and information tips from readers are encouraged and validated. Valid corrections are always welcome.” We emphasize the word “valid”. Many complaints about inaccuracies in LifeSite reports turn out, after investigation, to not be valid. They just don’t like what we report or it does not concur with what they have read in most or some other media.

Entering the word “corrections” in the LifeSite search immediately returns a fair number of titles indicating that LifeSite has corrected various stories thanks to reader or other input. LifeSite has often stated that we greatly value information correcting the odd inaccuracy in some of our stories. We gladly correct any validated errors.

NewsGuard: ·  Do you have big donors? If so, who are they?

LifeSite:​ Why should we tell you that? However, no, we do not have any “big donors” who fund large parts of our operation. Even if we did, we would not tell you. LifeSite is overwhelmingly funded by numerous ordinary readers who give generously from their limited funds.

NewsGuard: ·  What’s the revenue split between donors and advertising?

LifeSite: Why should we tell you that? However, only a tiny percentage of our revenue comes from advertising.

NewsGuard: ·  How did you respond to past complaints that the site once ran a decades-old story that a doctor strangled a baby who survived an abortion — when the facts were the doctor was tried twice but never convicted.

LifeSite: Interesting. The May 9, 2013 LiveAction story in question begins with, “In 1977”. And further down it states, “On March 2, 1977, Mary arrived…” Yes, we made it very plain that this was a “decades old story”. The story also reported, “…despite the fact that the autopsy proved that the baby had been strangled and a number of witnesses watched the strangulation, charges against Waddill were dismissed after two mistrials. He was never punished for strangling the baby. He was not reprimanded in any way.”

The story was part of a series of reports by Live Action revealing that the killing of infants born alive after abortion has been more common than the public has been aware, the number of these murders has been increasing and abortionists keep getting way with them. What are the “past complaints” really about?

NewsGuard: ·  The website reported aspects of California’s 2015 Healthy Youth Act, saying  it was an “abortion- and homosexuality-promoting” law — did you think that was a fair and accurate representation of the statute?

LifeSite: Absolutely. Did you not read the report, or did you not understand the implications of what was written in the article?

NewsGuard: ·  Your site has been cited as “a known purveyor of misleading information.” Do you have a response to that?

LifeSite: These questions are unprofessional and indicate a strong bias. Cited by whom and according to what evidence? I refer to our “About” page statement, “Accuracy in content is given high priority”.

NewsGuard: ·  Do you allow any dissenting stances from your stated mission on your site?

LifeSite: The LifeSite About page states that the purpose of LifeSite reports “is to provide balance and more accurate coverage on culture, life and family matters than is usually given by other media.” Views that dissent from those of LifeSite are available in almost all other media and are dominant in those media. Why would we give dissenting views a platform on LifeSite? However, we do frequently quote those with views opposed to the life, family and faith principles reported in our articles and present responses and evidence that validly contradicts those views.

NewsGuard: Thank you for your time and please let me know if you have any questions about NewsGuard.

The NewsGuard home page has in large bold letter on its home page, “Restoring Trust & Accountability.”

Given the bias, lack of professionalism and even childishness indicated in the above letter, and given the additional information reported in Friday's article, NewsGuard itself must be considered to be untrustworthy. It strongly appears to have an agenda to promote the biased, frequent fake-news-producing, liberal mainstream media. There can be no other conclusion.

Trump: Media made Covington students ‘symbols of Fake News and how evil it can be’