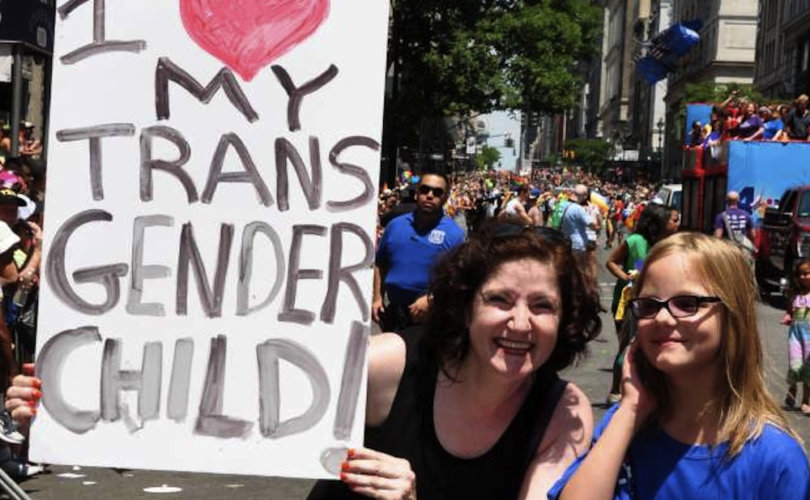 November 26, 2018 (LifeSiteNews) – The collection of causes known as “Political Correctness” (PC), which is often described as a sensitivity to the use of offensive language, but in practice includes the wider implications of progressive causes such as feminism, is surely the most successful political movement of modern times. It has changed the way people talk, in formal and informal contexts alike, and it appears to be about to change the very grammar of gendered languages like French. As successive PC demands are met, new ones are made. As PC-influenced speech and behavior have become normal, PC leaders do not declare victory, but demand yet more concessions.

One might expect a movement to correct injustices to enjoy the most support when addressing the worst injustices, and falling levels of support as the injustices in view are less and less indisputable. While a movement will gain credibility and momentum by early successes, increasingly extreme demands will, usually, harden opposition to it, and put potential supporters off. For this reason, many successful political movements never quite complete their agendas: they eventually run out of steam.

This has not happened with PC. Demands routinely made today would shock even the most avid supporter 10 years ago. Implications of PC causes which are ridiculed as scare-mongering one year are then embraced the next: an example would be the promotion of polygamy following the legal enforcement of same-sex “marriage.” (2015: Oh no, it won’t happen; 2017: Oh yes, it just has.)

As Kristian Niemietz of the UK think-tank the Institute of Economic Affairs explains, the key to understanding the movement is the elevated moral status enjoyed by those who embrace it. Being PC or progressive is not about having a reasonable disagreement with university colleagues or fellow citizens: it is about being free from the ancient prejudices to which they are subject. It is about being more enlightened, more advanced, and more virtuous.

The idea of being better than others simply because one uses or does not use certain words or adopts certain views is very attractive, especially to people lacking self-confidence and wanting to fit in, in environments like universities. The problem is that when everyone except a few hold-outs has adopted the language or views which are supposed to mark out the moral elite, they can no longer see themselves as a moral elite. It is impossible to fit 80 or 90 percent of the population into the top 10 percent.

Those determined, not merely to be not left behind by the majority, but to be in the moral elite, must repeatedly re-define what is required to be truly progressive or PC. They can only do this by making their causes more extreme. The moment that even naturally conservative corporations adopt rainbow flag-waving as a way to signal their virtue is the moment when waving a rainbow flag is no longer enough to show that you are more virtuous than everyone else. Advocacy of same-sex “marriage” was cutting-edge once, but not any more. Now, to be ahead of the curve, you need to support sex-change operations on children, or spontaneous “self-identification” as male or female.

It is not at all unusual for people to be motivated, at least in part, by a feeling of superiority over others. It does not normally lead to escalating extremism, however, because normally membership of an elite comes at a serious cost. If status is conferred by having a big house, for example, it doesn’t follow that everyone will buy bigger and bigger houses in order to compete, for the simple reason that most people can’t afford a big house. The same is true if elite status is conferred by climbing Mount Everest, fasting for 40 days on bread and water, or having 10 children. The problem faced by the PC elite is that too many people can adopt PC status too easily.

It is important to grasp the mechanism driving progressive causes in society today. It was not designed by anyone to work like this; it is indeed a source of frustration to PC leaders themselves. The result has been an extraordinary run of success for causes destructive of traditional culture and the family.

One thing which would break the cycle is an alternative way for people to signal their virtue. This is becoming easier to imagine as the demands of Political Correctness have become more extreme. The latest move is to demand that children who defy crude gender stereotypes for their own sex be given puberty-suppressing drugs, which permanently destroy their fertility. This is actually child abuse. This may be the moment when people begin to think that it is the opponents of PC, not proponents, who are morally superior.

If that happens, then more people will jump on the bandwagon, and this particular progressive cause will be defeated. If we could get people to start thinking seriously about the needs of children, then the most popular view of a lot of other issues could change as well.