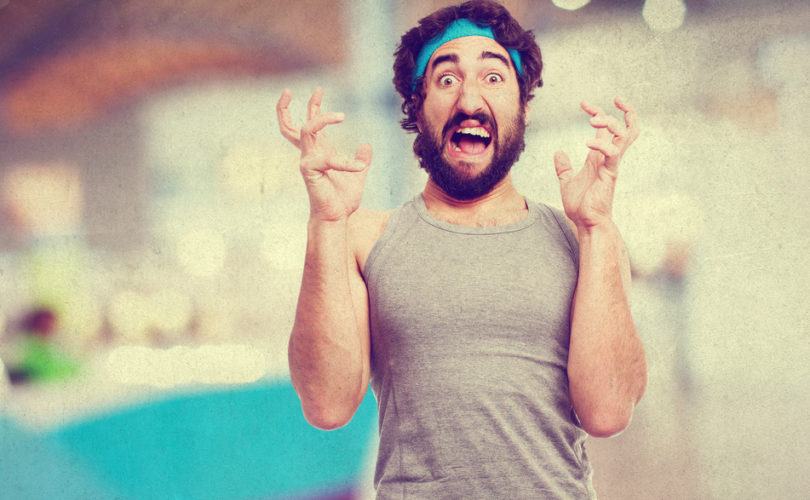 For secular progressives, history is the enemy. And why? Because, as Chesterton points out, history is full of things they wish to repudiate and forget.Shutterstock

“The modern mind is forced towards the future by a certain sense of fatigue, not unmixed with terror, with which it regards the past. It is propelled towards the coming time; it is, in the exact words of the popular phrase, knocked into the middle of next week. And the goad which drives it on thus eagerly is not an affection for futurity. Futurity does not exist, because it is still future. Rather it is a fear of the past; a fear not merely of the evil in the past, but of the good in the past also. The brain breaks down under the unbearable virtue of mankind. There have been so many flaming faiths that we cannot hold; so many harsh heroisms that we cannot imitate; so many great efforts of monumental building or of military glory which seem to us at once sublime and pathetic. The future is a refuge from the fierce competition of our forefathers. The older generation, not the younger, is knocking at our door.”

For secular progressives, history is the enemy. And why? Because, as Chesterton points out, history is full of things they wish to repudiate and forget. We live in an age where our public figures are held to a standard that was invented in the past decade, and each week brings a new sexuality or orientation with a fresh speech code attached to it and a new “phobia” title with which to saddle the unfortunate heretics, many of whom simply cannot keep up. Groveling public apologies in one of the public confessionals known as Late Night Television are necessary when a violation takes place, so that the androgynous progressives can rouse themselves from the fainting couches.

History, of course, was filled with real men and women who had no time for such drivel. The suggestion that mentally ill men in possession of entirely healthy penises should be allowed into the girl’s bathroom would have been met with a hearty guffaw, or immediate and appropriate suspicion—men of the past were not so stupid as to forget that given the chance, boys will often peek at girls. That knowledge, however, has been lost to history.

History is also full of horribly transphobic, repulsively homophobic, and dreadfully anti-feminist people. Indeed, it’s hard to see how secular progressives ever manage to find any historical heroes at all. The God-fearing Abraham Lincoln? Just imagine how Bill Maher would mock and yell and howl at his Second Inaugural Address today. The Dr. Martin Luther King Jr.? Well, did you know that he was once better-known as the Rev. Martin Luther King Jr., that he appealed to God’s authority in his crusade for equal rights, and that he firmly held a Christian position on homosexuality? You probably didn’t. We don’t teach history anymore.

I say this simply because by the standard applied by the Progressive Left today—by which they drive Christian people out of business, and accuse politicians of various new bigotries—history’s heroes simply would not make the cut. Secular progressive ideology is too new. History has been retroactively rendered a graveyard of homophobic bigots, and regardless of heroism or towering achievements, they are simply fortunate to have not lived in a time where their great deeds would have done nothing to avoid a social media lynching for failing to identify a robust Olympian father as a woman.

I had the opportunity recently to sit down with veteran journalist and Christian historian Ted Byfield to discuss these trends. History, he noted, has heroes and villains. That is why history is so dangerous for secular progressive types, and that’s why they’ve replaced the teaching of “history” with the teaching of social studies. Social studies borrows from history, but is actually an entirely different pursuit.

In order to find the way forward, Christians must refresh themselves on what happened in the Past. History is one of our greatest weapons, because without it, we can have no context for what is happening and how we can respond. A tree without roots blows over at the first gusty breeze.

Ted Byfield is now 87 years old. He has watched our culture turn into something barely recognizable. And yet, he thinks history holds the answer to the future.