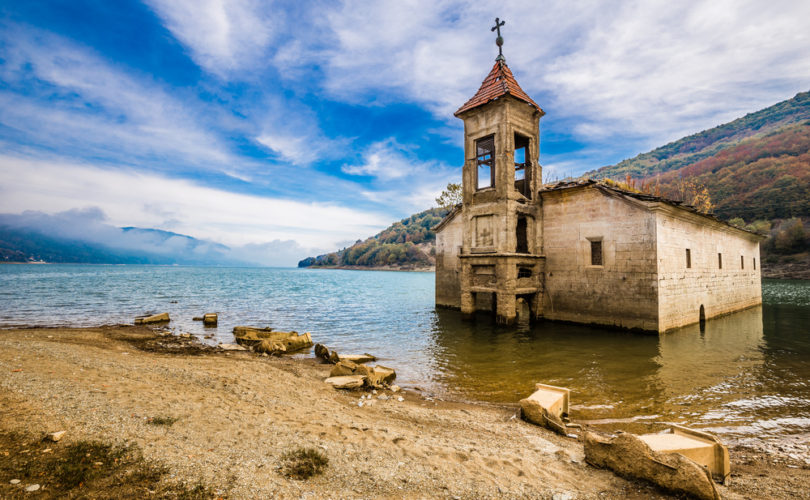 April 13, 2021 (LifeSiteNews) — It has been objected that Christianity makes the refutation of itself impossible by claiming both that the gates of hell will not prevail and that false shepherds will come. So, whether things are going well or badly, either way the Church wins. Is this a logical problem? Should Christianity be “falsifiable” as other hypotheses are?

From the beginning, Christianity has offered a multi-faceted view of how the Church will fare over the ages. Neither x alone nor not-x alone are the evidence for Christianity’s truth, but the presence of both over time, and indeed from the start of the Church to the end of time. If they weren’t both present, then Matthew’s Gospel, which most clearly makes the double claim, would be seen to be wrong.

But I think there is an important point we have to reflect on, and that is the need to shuffle off expectations based on historical contingencies and not on the nature of things. Let me explain.

There was a period in the Church beginning sometime after the post-Tridentine renewal (Counter-Reformation) and lasting up to the eve of Vatican II when we could truthfully say the Church flourished in terms of discipline, in terms of doctrine, and even in terms of money, and the (relative) lack of turbulence in the Church — at least as far as most pewsitters were concerned — was in fact a motivator for many to join it. “Look at this immensely powerful, stable, prestigious, coherent organization! It must be true!” This was the period people characterize as “triumphalist,” and in a way they are right: The Church’s worldly successes went to the heads of her leaders and made them feel that they, like Jesus, had done all things well.

Yet consider the danger. To the degree that members of the Church leaned too much on her successes as evidence of her divine identity and mission, to that degree her human failures — which have always been possible, and which past ages were quite full of — will now feel more like evidence against her claims.

One can still give an account of how none of this amounts to contradictions in teaching and how it still fits within the parameters of damage the Holy Spirit will allow to happen in the Church on earth. I do not think that just any Catholic’s account would necessarily survive just any kind of new facts; that is, it would be falsifiable, and therefore not vulnerable to the charge that one has removed oneself from verifiability. For example, if someone in the first millennium would have claimed that a Pope will always be present in the city of Rome, his claim would have been falsified by the Avignon period, when Popes lived in France; and if someone in the twentieth century had claimed that a Pope could never teach error in any way, that claim would have been falsified at least by the pontificate of Pope Francis, as is evident to anyone who reads the recently published collection Defending the Faith Against Present Heresies.

Of course, making such an account in defense of the Church’s indefectibility, especially today, takes time and patience to unfold. It is not something that can be done in a social media exchange. That leaves the scandalous problem: What about people on the outside who do not have a sufficient reason or motivation to listen patiently to a long and careful account of how to reconcile things that sure look contradictory? If the Church turns people away from the path to heaven by her chaotic external appearances, have not the gates of hell prevailed?

But this objection is really no different from the generic problem of scandal. Every scandal that results from the abuse of human freedom is, by definition, the placing of an obstacle to the truth. Scandal is, well, scandalous: It makes it possible for certain people to fail to reach something good or true because of some evil or error that trips them up along the way. But the existence of scandals is not, by its nature, incompatible with the Spirit’s guidance of the Church as a whole over time, nor with entering and maintaining a grace-filled relationship with Christ here and now.

A friend of mine recently spoke with a young man who entered the Church a year and a half ago, and the story of his journey was astounding. He told of friends on Twitter (of all places) who got him to start thinking about Catholicism; he told about a priest who urged him not to enter the Church but to “live out his vocation” in his Protestant community (!); he told about an SSPX priest who gave him solid answers and did not pressure him to join the SSPX. The path he followed was by no means an obvious path. Yet he and others continue to enter the Church, despite how impossible it feels to all of us who are so close to the scandals.

The possibility and the probability and the actuality of scandal confronts me with an existential question: What is the Church, what is Catholicism, who is Christ, for me? Can I perceive and hold on to what is true, what is good, and what is beautiful in the midst of smokescreens, counterfeits, hideous distortions? Isn’t the fact that I can recognize and lament what is not true, good, or beautiful a kind of proof that the Lord’s voice is not silenced by the noise and the dissonance?

It is a cause of real hope that more Catholics than ever — thanks, ironically, to the internet — are questioning the “great reset” of Catholicism at and after the Second Vatican Council, and who are rediscovering traditional Catholic doctrine and liturgy and life. Yes, we can try to live our lives as the saints did, as prior generations of Catholics tried to do at their best. What is to prevent us? Some abusers and corrupters in Rome? Really? Or is it our own fear of looking silly or being embarrassed when we refrain from meat on Fridays, pray the daily Rosary, go out of our way to attend the traditional Latin Mass, dress modestly in the summer, avoid offensive films and books? There is no need whatsoever to be ashamed of any of these things; on the contrary, the more the modernists undermine the Catholic religion as it has always been taught, the more powerful and crucial is our witness — and, I would even say, the more sanctifying for us who must bear many crosses our ancestors could not have dreamed of, but which God always knew would come.

When Christ established His Church with miracles and clear teaching and built it on the rock of Peter, the most obvious conclusion at the time would have been: “Fantastic! At last a religion that cannot be corrupted!” That’s what we’d all have expected. And this is why Christ, to our surprise, tells us: “Ah yes, but there will be goats mixed in with the sheep, and wolves entering the fold as well; there will be false prophets who will almost deceive the elect. You can recognize them by their fruits — and you know that I have told you ahead of time.” This, to me, is not “convenient” (as the skeptic might say), but rather, prophetic, strengthening, and comforting. I know that the sky is not falling in on the Catholic Church, the Mystical Body of Christ; instead, alas, it is being run on earth to a significant extent by perverts and heretics. They cannot alter one iota of the deposit of faith or the testimony of the ages — of the saints, the great councils, the crystal clear teaching of umpteen catechisms. Even if they take away access to the sacraments, they cannot take away our faith or the grace of God. These do not belong to them.

The drunken sailors of the ship are doing their best to run it aground or sink it, but the ship sails on. It sails by a power inherent in it, not by the muscle of the oarsmen. They could abolish the Creed but it would remain true; they can modify sacramental rites past recognition but they cannot abolish sacraments in their traditional form, which will always survive somewhere; they can throw up obstacles to grace but they cannot prevent God from giving His grace to souls who desire it and ask for it; they can modify the Lord’s Prayer in Italian or any other language, but what the Greek New Testament actually says remains unchanged. It’s still possible to be a Catholic in spite of everything; it is always worthwhile to be a Catholic, because the Catholic Faith is true, good, beautiful, and salvific. That is all it needs to be for us to love it and cleave to it.