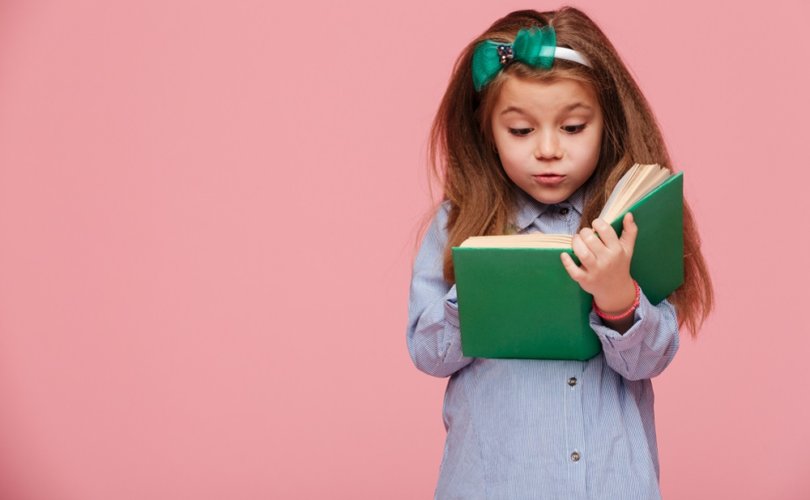 “The problem with sex education,” he told me by phone, “is that the ostensible purpose for which it is advocated turns out not to be true. I did a study a few years ago of the development of sex education in my own country, and what I found is that it’s been justified really since the middle part of the Second World War, when of course there were a lot of venereal diseases, on the basis that if people were better educated about it, then it would reduce the amount of sexually transmitted disease and the amount of unwanted pregnancy. And yet if you watch the figures for both sexually transmitted disease and for unwanted pregnancy, and increasingly now for abortion, we find that despite the greater and greater extent of sex education in our society, more and more frankness about sex, and more and more pornography (which is also supposed to end repression), the number of people becoming pregnant when they didn’t want to continues to rise and the number of people contracting sexually transmitted diseases continues to rise.”

This is partially because, as the late National Post columnist George Jonas wrote during one sex education controversy, educating young people in an activity will increase that activity. Thus, the risk of abortion, sexually transmitted disease, and teenage pregnancy will only go up. If sex education’s intent, however, is not simply to prevent these things, but rather to re-educate, then it still can suit the purposes of the State quite nicely.

“It is said,” Hitchens noted, “that Gyorgy Lukas, who was commissar for education in the short-lived Bela Kun Soviet Government in Hungary in 1918, openly said that the purpose of sex education when he introduced it then — I think he was probably the first person to do so — was to debauch the minds and morals of religiously brought up young women particularly. It seems to me to make a certain amount of sense … because the kinds of things that people are taught in sex education are disinhibiting things. When I was in school no one ever mentioned masturbation. It would have been extremely bad manners to mention it anywhere, let alone for an adult teacher to talk to quite young children about it and about other sexual practices in class. The moment these things start being discussed, it disinhibits people, it takes restraints off them that previously were there. Now, you may believe, and a lot of people do believe and have believed for many years, that these inhibitions are bad for us. That’s a point of view. I don’t happen to share it, and if you follow that belief as a parent, I suppose you’re entitled to introduce your child to this sort of thing as early an age as you wish in a free country, but what bothers us in many cases [is that] parents don’t realize what is being done in classrooms until after it’s happened.”

“Discussing these things in the way that they’re discussed [makes these] things sound normal,” Hitchens pointed out. “So it’s assumed that children will have underage sex or unmarried sex or promiscuous sex, and it’s assumed that they will do so, and all the precautions they’re supposed to take is based on this idea that this will happen. ‘If you can’t be good, be careful.’”

That is why our public schools are so involved in handing out condoms and ensuring ready access to birth control pills — because they assume that people, even children, are entirely incapable of abstaining from sex outside marriage. Sex education, in essence, proceeds directly out of that assumption. And that assumption is very much promoted by our current political class.

“There [are] politics in sex,” says Peter Hitchens. “Much of those politics are about the family and the State. The state is increasingly hostile to the strong family, and the strong family is sustained by lifelong marriage and by a pretty stern and puritan attitude towards sexual relations — whereas the strong state benefits in many ways, as does modern commerce and the modern employer, from weak marriages and relaxed sexual relations. There’s also the point that Aldous Huxley makes, which is that we are increasingly going to embrace our own enslavement in the pursuit of pleasure, which [is a point] I believe actually the Marxist historian Eric Hobsbawm made … that there is absolutely no congruence in human history between sexual freedom and political freedom. Slaves have always been allowed to copulate. What they haven’t been allowed to do is marry.”

“And this,” Hitchens continued, “is an extremely important point. There is no necessary connection between a society which is sexually free and sexually uninhibited, and a society that is politically free and has free speech and freedom of assembly. It doesn’t necessarily follow at all. So [this is] a very, very profound philosophical battle about the nature of society, and it needs to be conducted in a very serious fashion. The difficulty is in finding anyone to give you a hearing.”

It’s a fascinating perspective, especially coming from someone who was once a radical Trotskyist as Hitchens was. When I pointed this out to him, Hitchens responded by noting that this is precisely the reason he is so well versed in the way the left thinks and does business.

“I decided to stop believing it because it seemed to me to be morally wrong and highly dangerous,” Hitchens told me. “But the great advantage which it gives me is that I know what left-wing people say and think in private when they’re not trying to please people on television shows. I know just how dogged and devastating this project is, which they want, and I know that the fundamental engine of left-wing activity, really since the 1960s, has not been to seize the post office and the barracks and the railway station; it’s been to seize the television station and the newspaper and the university, and to obtain victory through capturing the minds of people, and also to alter society not through the nationalizing of railways, but through the nationalizing of childhood.”

The nationalizing of childhood — a chilling idea that makes much sense. Give to the State and its education system the task of teaching children what to believe and which values to hold, and you’ve essentially co-opted the family structure.

This is why many states seek to ban practices that threaten this goal, like homeschooling: “There’s a certain amount of it in Britain, it’s actually illegal in Germany to this day because of the National Socialist law passed under Hitler, which has never been repealed, and attempts are being made to restrict it in Britain. They’re in their infancy, but they’re on their way, and I think parental resistance to it on that scale is probably the only effective answer. You say, ‘All right, well, if you feel that this is how you want to drive your power into my home and into my life, then I thank you very much, but I’m not going to let you. We’ll educate our children at home.’ And quite honestly, I don’t know what your public school system is like, but if it’s anything remotely like ours, it’ll probably come up with a much better general education on top.”

Parental resistance is, at the end of the day, the answer to the State’s attempt to educate and re-educate children, and that is already increasingly difficult. In many places in Canada and the United States, governments are stepping in and demanding that acceptance of certain sexual behaviors be taught. Officials are objecting to parents who want to opt their children out of sex education. Christian schools are being told that the day is soon coming when they will no longer be allowed to teach sexuality from the Christian point of view. Many people, after all, consider that point of view hateful and harmful.

First and foremost, it is essential that parents take the responsibility of educating their children on sexuality seriously. This is something Christians have often done quite badly, but it is the most effective way of inoculating the youth against many of the damaging ideas promoted everywhere in our society. If we teach our children nothing about biblical sexuality and send them out into a hedonistic and exhibitionist culture, we are practically guaranteeing that they will not be able to withstand the poisonous intellectual onslaught and torrent of temptation. Our children are the future, and if we do not educate them, the culture — and the state — will be more than happy to do it for us.

Jonathon’s new podcast, The Van Maren Show, is dedicated to telling the stories of the pro-life and pro-family movement. In his latest episode, Jonathon interviews Christian conservative commentator Allie Beth Stuckey, who argues that social media is making too many teenager narcissistic and self-centered. Parents need to do a better job limiting their children's use of technology, she says: “We are incomplete people in need of our faith, in need of something bigger than us, and in need of purpose.” You can subscribe here and listen to the episode below: