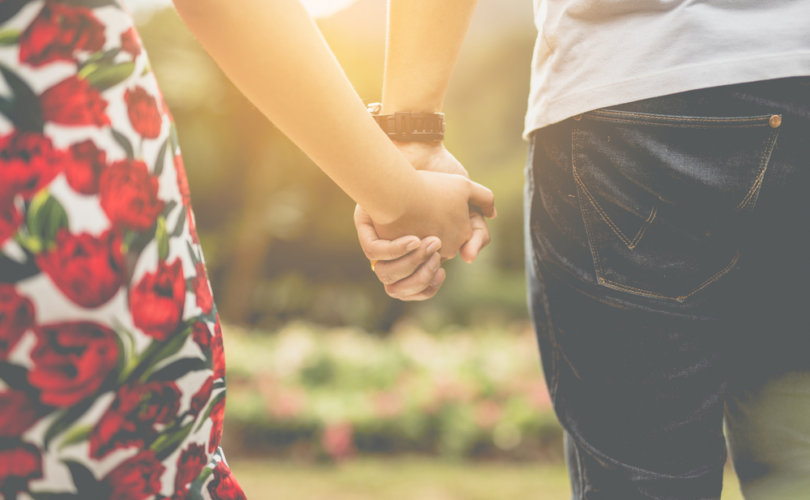 August 31, 2018 (LifeSiteNews) – What would be the reaction of Catholics if they were told that the Roman Catechism produced after the Council of Trent, in addition to a substantial fast from food, calls for a fast from “the use of marriage” (i.e., sexual intercourse) for a few days prior to reception of the Most Holy Eucharist?

Our preparation should not, however, be confined to the soul; it should also extend to the body. We are to approach the Holy Table fasting, having neither eaten nor drunk anything at least from the preceding midnight until the moment of Communion. The dignity of so great a Sacrament also demands that married persons abstain from the marriage debt for some days previous to Communion. This observance is recommended by the example of David, who, when about to receive the showbread from the hands of the priest, declared that he and his servants had been clean from women for three days. The above are the principal things to be done by the faithful preparatory to receiving the sacred mysteries with profit; and to these heads may be reduced whatever other things may seem desirable by way of preparation.

Such a practice—commended by all the scholastic theologians, enforced and widely followed in the Middle Ages—is continued to this day, in varying degrees, by the married clergy of the Eastern Orthodox and Eastern Catholic churches, who are required to abstain from the use of marriage prior to serving the Divine Liturgy.

Apparently, it is not uncommon nowadays to hear Byzantine clergy say that this form of asceticism is out of date and need not be practiced. But is it not strange that in the West, the question does not even occur to us? And that if it were suggested, we would dismiss it as nonsense unworthy of our consideration? The more sophisticated might consider it a remnant of Manichaean or Jansenist contempt for the flesh and a sign of insufficient “maturity.”

But is that really true? The reason behind the old discipline was quite down-to-earth. Original sin inflicts several wounds on human nature. One of these is called “disordered concupiscence.” We are inclined too much towards sensible goods; we tend to get bogged down in the desire or the accomplishment of them, to the detriment of our spiritual life and at the expense of self-control. In short, since all material things are good and reflect God in some way, we are sorely tempted to make an idol of them, forgetting the one true God who made our hearts and alone satisfies our thirst for happiness.

The Church our Mother, like any good mother, is realistic about the needs of her children. Over the ages she established limits, demanded sacrifices to tame and discipline disordered concupiscence. Fasting and abstinence throughout Lent, on Ember and Rogation Days, and on vigils before great feasts established the distinctively Catholic pattern of fasting and feasting, of withdrawing for spiritual purification and then enjoying (one hopes moderately!) the good things that the Lord abundantly provides. The Church asked that even good things be given up for the sake of those that are better—in the case of the Most Holy Eucharist, which is God Himself, infinitely better.

To so great an extent has our awe before the Blessed Sacrament evaporated and our assumption about the naturalness of “free” sexuality ballooned that we can no longer enter into a Christian mindset of at least 1,000 years’ duration! A sign of how far we have drifted: in Catholic circles, a husband and wife seeking to develop their interior lives to the fullest could almost never mention the idea of abstaining for a time from sexual intimacy so as to dedicate themselves more intensely to prayer (cf. 1 Cor 7:5) without fear of being laughed or scolded out of the room. If, moreover, a couple believed that God was calling them to a Josephite marriage—something that the Catholic Church has honored in dozens of married saints, beginning of course with Our Lady and St Joseph—how much worse would be the total incomprehension they would receive?

Truly, our age has not simply ceased to practice sexual asceticism, it has ruled it out as unhealthy, misguided, and, frankly, impossible. The whiff of Freud is unmistakable. It has not helped that popularizers of the “theology of the body” have, at times, come near to making an idol out of sex, rather than portraying it as a created good that, like all created goods, has a definite and limited place in human life and must be subordinated to certain other goods, especially the demands of the spiritual life. To adapt a familiar saying, sex makes a good servant but a terrible master.

I do not know what to propose as a solution today, since many of our pastors who should be preaching self-control and sacrifice seem to be paralyzed by uncertainty about the value of asceticism, how to preach it, and how to practice it, or even worse, are bent on satisfying their own disordered concupiscence or winking at those who do. Universally we seem to be suffering amnesia when it comes to the timeless wisdom of Holy Mother Church.

Until Catholic tradition is more broadly restored (which I firmly believe will happen someday), I think the best we can do is to follow this wisdom of periodic continence in food, drink, and the use of marriage according to what we believe the Lord is calling us to do for love of Him, always with the consent of one’s superior or spouse, and ideally in consultation with a reliable spiritual director.

To avoid any misunderstanding, it should be stated clearly that there is no requirement from natural law, divine law, or current ecclesiastical law to forego the marital act in the day or days leading up to the reception of Holy Communion, nor is it ever sinful for spouses to make legitimate use of the God-given right they have over one another’s bodies. This is particularly true at a time when daily communion among disciples of Christ is more common than it has been for over a millennium.

Rather, we are speaking here about an ancient discipline of restricting the use of a good thing that belongs to this world and the domain of the flesh, in order to intensify our spiritual preparation for an immense spiritual good, our longing for it and savoring of it. One could put it this way: if we never do anything to emphasize to ourselves the magnitude of what we are doing when we receive Our Lord, and we never take pains to subordinate the lesser to the greater, we could run the risk of trivializing the sacrament and not actually making it the “font and apex” of our entire Christian life.

The point is not to take on extreme penances, but to recognize that we will glorify God and benefit our souls by forcing ourselves to lean less on the corruptible flesh and more on the immortal spirit. This is not an unhealthy dualism but a level-headed Christian sense of priorities in life—what might be called a “preferential option for heaven.”