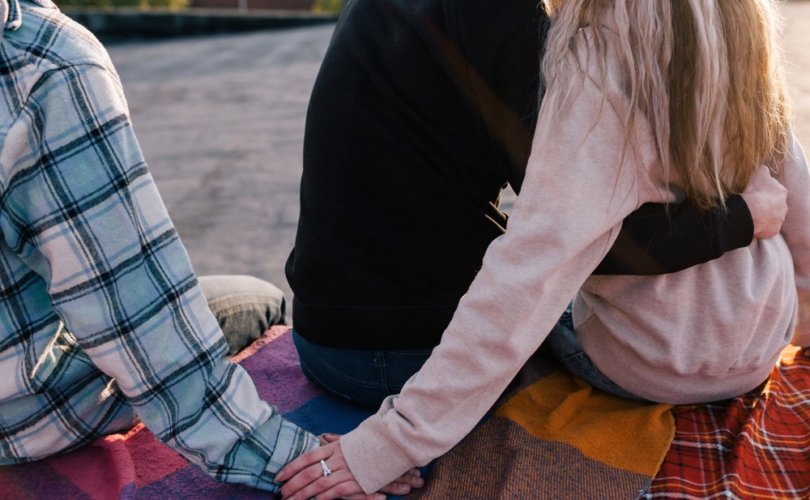 January 9, 2018 (LifeSiteNews) – Some people I know have mentioned that they are weary of the debate over Amoris Laetitia. At a recent USCCB meeting, an American bishop said that the richness of this apostolic exhortation has been eclipsed by the excessive preoccupation of the conservative blogosphere with the problems of chapter 8, and that the “narrative” about the document has to be seized back and replenished. I’m sure there are many who wish the whole conversation would just go away.

But I’m afraid that’s not going to happen. It’s not possible. What’s more, it’s not desirable. If a banquet is full of delicious and nourishing foods but the wine has a drop of cyanide in it, the meal is still deadly, and the one who prepared it is still responsible for the outcome. Chapter 8, which has provoked a veritable firestorm of confusion and contradiction in moral theology and the discipline of the sacraments, has done vastly more harm than any amount of good the rest of the document may ever accomplish.

The devil is a clever strategist. He knows that the best way to establish error is not to argue for it, but to keep repeating it ad nauseam, so that people already disposed to the error will come to accept it without argument as part of the ambiance, and those who oppose it will surrender from sheer exhaustion. This is why we must never tire of pointing out the intrinsic error of, and the host of evil consequences that follow from, the proposal to admit to the sacraments of Penance and the Holy Eucharist a “divorced and remarried Catholic,” i.e., a Catholic living more uxorio (sharing the bed) with someone who is not his or her actual spouse in the eyes of God and the Church. For this is not just one small error. It is an error that, by logical implication, touches and corrupts every aspect of Catholic faith and morals. To take just one example, it would invalidate the divine inspiration and inerrancy of Sacred Scripture.

Proponents of sacraments for already-married persons continuing to live in a sexually active relationship with someone other than their original spouse(s) have never hidden their agenda. This was true during the two Synods (of which the telltale event that sticks in my mind was the theft of the copies of Remaining in the Truth of Christ from the mailboxes of the synodal participants). It has remained true in the entire period following Amoris Laetitia.

What, after all, is “repentance”? For a murderer or a thief, repentance is being sorry for having killed or stolen, making restitution for the crime, and resolving earnestly not to kill or steal again. For a liar, it is to be sorry for lying and to resolve not to tell lies in the future. For a blasphemer, it is to bewail his blasphemy and firmly intend never to do it again. For a fornicator, repentance is to be sincerely sorry for having had sexual intercourse outside of marriage, and to firmly intend never to do so again.

It is no different with adultery. A person who is “civilly remarried” while his or her sacramental (i.e., only real) spouse is still alive and who has sexual intercourse with the civil partner is committing adultery—there is no way around this fact. Therefore, repentance for such a person is to be sorry for having sinned against fidelity to an indissoluble bond by having slept with someone who is not one’s lawful spouse in the eyes of God, and firmly and sincerely to intend never to do it again. This, and nothing else, is the repentance required to make a valid Confession and, a fortiori, to be admitted to the Eucharistic nuptial banquet.

This, of course, is exactly what St. John Paul II taught in Familiaris Consortio, grounding it in Sacred Scripture:

The Church reaffirms her practice, which is based upon Sacred Scripture, of not admitting to Eucharistic Communion divorced persons who have remarried. They are unable to be admitted thereto from the fact that their state and condition of life objectively contradict that union of love between Christ and the Church which is signified and effected by the Eucharist. Besides this, there is another special pastoral reason: if these people were admitted to the Eucharist, the faithful would be led into error and confusion regarding the Church’s teaching about the indissolubility of marriage.

Reconciliation in the sacrament of Penance which would open the way to the Eucharist, can only be granted to those who, repenting of having broken the sign of the Covenant and of fidelity to Christ, are sincerely ready to undertake a way of life that is no longer in contradiction to the indissolubility of marriage. This means, in practice, that when, for serious reasons, such as for example the children’s upbringing, a man and a woman cannot satisfy the obligation to separate, they “take on themselves the duty to live in complete continence, that is, by abstinence from the acts proper to married couples.”

This is not legalism or rigorism or any other -ism. It is simply the truth. It is not possible to contradict this Catholic teaching, given consummate expression by John Paul II, without placing oneself outside of the Catholic Faith and at odds with the divine law. It is the very opposite of mercy to create confusion among the faithful about the Gospel’s “demands of radicalness and perfection” (Familiaris Consortio 33). The Church is a merciful Mother who exercises her mercy by proclaiming the fullness of the truth that saves us from our sins and calling people to conversion, for which God is always ready to provide the grace.

Recently I heard St. Alphonus Liguori invoked as one who would support Pope Francis’s “gradualist” approach. Whatever limited gradualism the patron saint of moral theologians accepted, he would be appalled to find his name used in support of Communion for a man or woman who, while not intending to forego future adulterous sexual acts, would still be admitted to Communion. At this point, we are clearly working against the entire doctrine of the sacraments as it has been handed down by the Fathers, Doctors, Councils, and Popes.

Nevertheless, any priest or bishop who still follows the hitherto unbroken doctrine and practice of the Church is now labeled a legalist, a rigorist, a Pharisee, a hater, etc. Moreover, entire episcopates are now divided against each other with regard to who may receive the sacraments. Such a turning against our tradition and against one another can never be from the Holy Spirit. Nor can it be from the Holy Spirit to contradict the perennial magisterium enunciated in such a clear, declarative, and normative way by John Paul II in Familiaris Consortio, Ecclesia de Eucharistia, Reconciliatio et Poenitentia, Veritatis Splendor, and other documents. If John Paul II is wrong in what he taught so many times and in so authoritative a manner, then there is no Pope who may ever be trusted again when it comes to morality.

“Mercy” is invoked today to cover a multitude of sins, but the Church has never pitted mercy against law or justice. This is the ancient error of antinomianism (nothing new under the sun). Mercy in the New Covenant is extended to the repentant sinner, not to the sinner who clings to his sin. Mercy will be given seventy times seven times to the sinner who repents and falls again out of human weakness, but only as long as he genuinely intended and intends to stop sinning. There has never been any disagreement about this—until now.

The progressives like to invoke the “ancient Church” and pretend that the liturgical reform after Vatican II was a return to ancient practices (which it mostly was not). Curiously enough, the progressives never want to imitate the penitential discipline of the early Church, whereby fornicators or adulterers could be banished for years not only from the sacraments but from the church building itself, to be readmitted only if they had done serious penance and had utterly overcome and forsworn their sinful behavior. The reason is simple: ancient Christians really believed what they professed, and they zealously kept the Eucharist away from anyone who was not worthy of it—worthy in the sense of being among the baptized and living a life in harmony with the Ten Commandments, free from mortal sins. Have we forgotten that Christianity teaches self-denial, asceticism, as the narrow road to perfection, the premise of all spiritual development? The Eucharist is not a point of departure but a place of arrival. The point of departure, for the Fathers of the Church, was the rudiments of moral virtue, fasting and abstinence, prayer, the reading of Scripture, and other disciplines, which prepare the soul to partake of the heavenly feast.

Certainly the Church is a “field hospital,” and we must bend over backwards to take care of each wounded person who comes our way. At the same time, a doctor does not apply the same remedy to each disease, knowing that a medicine that cures in one case may kill in another. This is how the Church Fathers speak of the Holy Eucharist: it is food for the wayfarer who is living according to God’s revealed law; it is poison for anyone else. It is only when we have a well-founded confidence that we are wearing the wedding garment of charity and sanctifying grace (cf. Matt 22:11) that we may dare to approach “the divine, holy, pure, immortal, heavenly, life-creating, and awesome Mysteries of Christ” (Byzantine Divine Liturgy). Otherwise, as every liturgical rite says before Communion, we eat and drink “judgment and condemnation.”