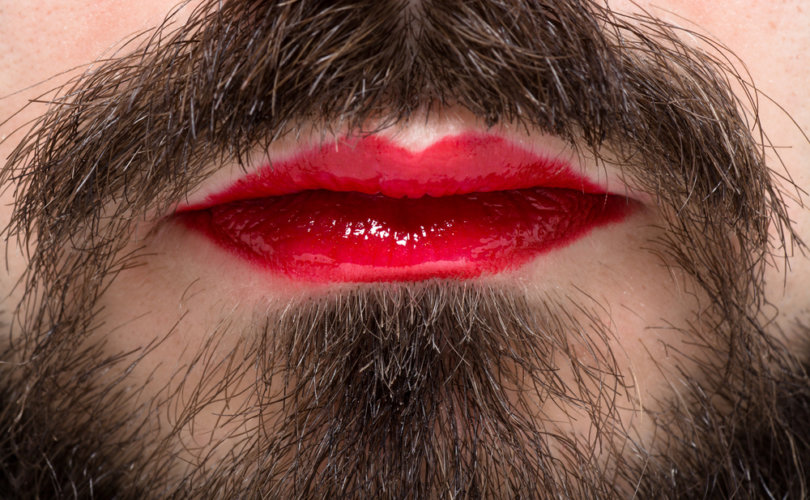 October 22, 2018 (LifeSiteNews) – I have nothing personal against those who identify as transgender. To the contrary, my heart goes out to them. What struggles have they lived with, feeling trapped for years in what they believe to be the wrong body? What social rejection have they endured? How many have attempted suicide? How many have continued to suffer, even after so-called sex-change surgery? My heart is to help, not to hurt.

At the same time, I am convinced that the transgender revolution, which includes a war against gender distinctions and gender norms, will ultimately fail. And it will fail, not because of “transphobia.” It will fail because reality is against it.

Here are a few reasons why, including a major development in the Trump administration.

1) The academic world will not be able to sustain its suppression of studies that contradict trans-activism.

In September, headlines announced: “Brown criticized for removing article on transgender study.” Specifically, “The paper by a Brown assistant professor suggests that gender dysphoria occurring around the time of puberty could be due to peer pressure or online influences.”

Despite the fact that the study was published in a peer-reviewed scientific journal, Brown decided to remove it from its website. “Brown representatives say they removed the article because of concerns over the study’s research methodology.”

So, a peer-reviewed journal determined the study was worthy of publication, but the professor’s own university decided against it.

Perhaps there’s more to the story? There most certainly is.

“Bess H. Marcus, dean of Brown's School of Public Health, also said in a statement that ‘independent of’ concerns regarding research methodology, the school had heard from ‘Brown community members expressing concerns that the conclusions of the study could be used to discredit efforts to support transgender youth and invalidate the perspectives of members of the transgender community.’”

That, then, is the real explanation. The study was politically unpopular with the transgender community. So much for science and research.

As of September, “An online petition, which garnered more than 4,000 signatures . . . was created by supporters of [the professor’s] research to encourage the university to resist ‘ideologically based attempts to squelch controversial research evidence.’”

Now, in October, in England, over 100 academics have raised their concerns “about the suppression of proper academic analysis and discussion of the social phenomenon of transgenderism, and its multiple causes and effects. Members of our group have experienced campus protests, calls for dismissal in the press, harassment, foiled plots to bring about dismissal, no-platforming, and attempts to censor academic research and publications. Such attacks are out of line with the ordinary reception of critical ideas in the academy, where it is normally accepted that disagreement is reasonable and even productive.”

Trans-activism can only push so far before the inevitable pushback will come.

2) The world of sports will ultimately revolt against males competing with females.

As Kimberly Ross opined in the Washington Examiner, “There's nothing more anti-female than letting biological men compete in women's sports.”

Earlier this month, “Canadian Rachel McKinnon won gold in the sprint portion of the UCI Masters Track Cycling World Championship in the women's 35-39 age bracket. Placing first in any sport, especially at the international level, is quite an achievement. But McKinnon, a philosophy professor and transgender athlete who competed against only women, is a biological male.”

In response to this victory, the third place winner, Jennifer Wagner, said, “It’s definitely NOT fair.”

For good reason Katie Hopkins tweeted, “For clarity – this was the WOMENS world championships.

“Congratulations to the brave faces of silver & bronze. The world is gripped by a febrile madness.” (Just look at the picture of McKinnon standing next to the second and third place winners.)

In Hungary, Prime Minister Viktor Orban just banned “gender study at colleges saying ‘people are born either male or female.’” (Not surprisingly, his announcement is being challenged.)

Here in the States, it was just revealed that “The Department of Health and Human Services (HHS) is seeking to create a legal definition of sex under Title IX, a federal civil rights law the deals with education, The New York Times reported Sunday after obtaining a memo from the administration.

“HHS will define ‘gender’ as determined ‘on a biological basis that is clear, grounded in science, objective and administrable,’ according to the memo, The NYT reported. The definition would define gender as either female or male, according to the person’s genitalia at birth. Discrepancies would be determined by genetic testing, the memo indicates.”

So, biology, not feelings, will determine sex, especially when it comes to the law. After all, wasn’t the purpose of Title IX (dating back to 1972) “to prohibit discrimination on the basis of sex in any education program or activity that is federally funded”?

This paved the way for many advances for women in education, as well as bringing exponential progress to women’s sports on the collegiate level. And it was grounded in biology, not bigotry.

The Trump administration has been pushing back against the misinterpretation of these laws by the Obama administration. And now, with the latest development, we can expect an all-out ideological war, which will reveal just how extreme trans-activism has become.

And while the transgender community is understandably up in arms at this announcement, they will not be able to overthrow fixed biological realities, which divide the human race into male and female.

Of course, we want to help those struggling with gender identity find true and lasting wholeness. And we recognize that not everyone falls into a neat, male or female category.

But the overwhelming reality of human experience is that we are created male and female. Ultimately, that reality will prevail.