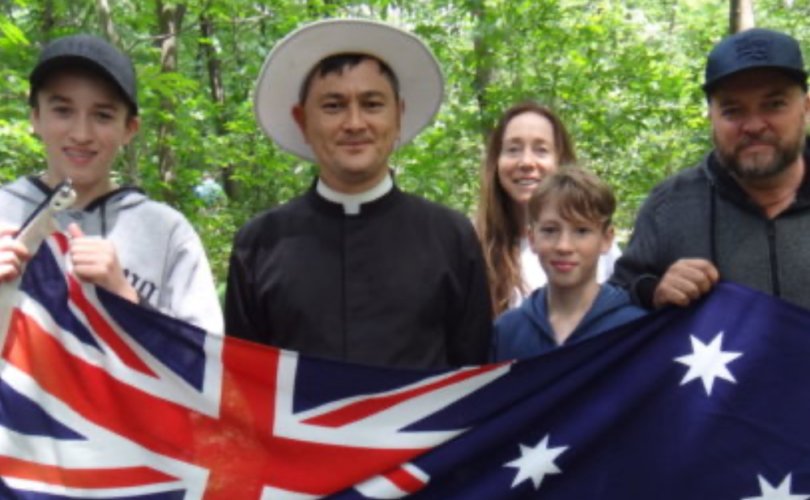 EDINBURGH (LifeSiteNews) — You don’t go to the Traditional Latin Mass for the people, but the people might just become your most cherished faith community.

A child of the 1970s and 80s, I grew up with what I came to call the “New Mass.” Back then, I  called it “Mass.” It was a long time before I fully understood that the Mass I knew was quite different from the Mass of previous generations; when I encountered liturgical references in Brideshead Revisited and other Catholic novels, I was confused. But I gathered from these books that the Catholic community I knew was much different than the old Catholic community, too.

One big difference was that in the old novels and memoirs Catholics knew the people with whom they went to Mass. In fact, they knew all about them — at times, too much for comfort. In my big city parish — which had a Saturday evening Mass and three Sunday morning Masses — I recognized various people, and knew some of their names, and met the younger generation through youth group, but I didn’t know most of the parishioners at all. And I could say the same for every parish church I went to as an adult.

One of them is Father Michael Rowe.

You may have read about Fr. Rowe here on LifeSiteNews. To recap, Fr. Rowe is the pastor of the Traditional Latin Mass community for the Archdiocese of Perth. In 2008, when the TLM-loving Benedict XVI was still gloriously reigning, Fr. Rowe and the diocesan Catholics who love the TLM were offered the empty St. Ann’s Church in the parish of Belmont. As Fr. Rowe was formally appointed the rector, and given full faculties as a parish priest, his community believed St. Ann’s was their spiritual home to cherish. They paid all the bills, and they made significant improvements: a pipe organ, a pulpit, a high altar, Stations of the Cross, air conditioning, extensions to the church hall, a new kitchen — the last two items crucial to developing a counter-cultural community of traditional young Catholic moms and dads and children, I can assure you. They spent almost a million dollars.

But now the current Archbishop of Perth, Timothy Costelloe, perhaps sharing in Rome’s renewed frostiness towards Catholics who love the Traditional Catholic Mass, has handed St. Ann’s to another parish, which plans to sell part or all the property to build a new house for its priests.

Unsurprisingly to me, Fr. Rowe is now fighting for his people — our people — in court, and I’m so glad LifeSiteNews has chosen to help him with a LifeFunder. And I think this is the first time we’ve had a LifeFunder for someone who has heard my confession.

I don’t remember exactly what I said — and I wouldn’t tell you anyway — but I do remember the hot and dusty walk along the road in the French countryside, somewhere between Paris and Chartres. It is Fr. Rowe’s practice occasionally to fall back behind our mainly Scottish pilgrimage group, a small band in the great Chartres pilgrimage, to hear confessions as we walk along. I remember thinking it was my turn to confess and dashing back behind our stragglers to have a thorough soul-washing before arriving at the great cathedral.

My friend Julienne is the chief organizer of the annual Scottish contingent, and she told me recently that Fr. Rowe has been the chaplain for five years.

“Each year he has brought Australians from his parish with him, and so we Scots have been blessed with getting to know both Father and his parishioners despite living on the opposite side of the world from each other,” she wrote.

“Fr. Rowe’s cheerful enthusiasm kept us all going on the gruelling 30-mile-day walk,” she added.

“He would hear our confessions en route, give spiritual talks, lead us in many rosaries, and encourage us to keep going, to walk and pray for the glory of God, and the restoration of Christendom. He is a holy, hard-working, dedicated priest, totally dedicated to God.”

Julienne noted also that Fr. Rowe is very friendly and likable and recalled that two pilgrims, completely independently of each other, had told her that Fr. Rowe was the best priest they had ever met.

Fr. Rowe has also served as a chaplain to the England’s Latin Mass Society pilgrimage to the shrine of Our Lady of Walsingham. The LMS’s president, Dr. Joseph Shaw, told me that Fr. Rowe “has been a model chaplain, with his never-failing good humour, pastoral kindness, and zeal.”

Julienne is appalled by what has happened to our friends in Perth, especially our chaplain.

“I do not understand why any bishop would want to evict a good, holy Catholic priest like Fr. Rowe from his parish,” she wrote.

“It doesn’t make any sense.”

Well, it makes a kind of sense if you consider that there’s money to be made in selling St. Ann’s and that whereas many bishops have been scornful of our “medieval” Mass, they aren’t scornful enough of medieval episcopal practices. There’s nothing wrong with the Traditional Latin Mass, but there’s a lot wrong with the traditional “pray, pay, and obey” attitude of too many manager-bishops.