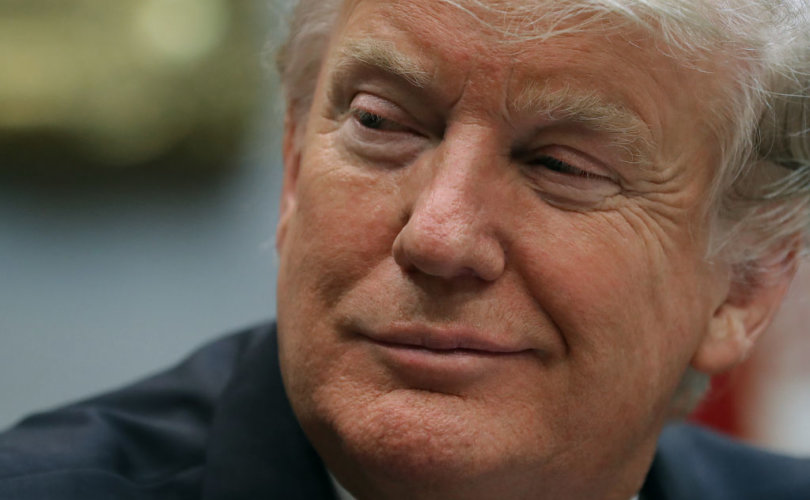 April 1, 2019 (LifeSiteNews) – We have not seen this much discussion about abortion in the United States since the Center for Medical Progress broke the news that Planned Parenthood sells baby body parts back in 2015.

The Democratic Party’s insistence on supporting abortion right up until birth—and their refusal to condemn the practice of killing abortion survivors—is likely to keep the issue front and centre right through the Democratic primaries and on into 2020 election. Donald Trump, with his canny ability to seize on the weaknesses of his opponents, seems to have realized that the extremism of his opponents is not popular with the public, and thus will most likely make abortion a campaign issue.

And so we are likely to be treated to fake news on the abortion topic of the most murderous sort for the next year and a half or so.

Despite claims to the contrary, the media fundamentally accepts the premises of the abortion movement. They accept the idea most hotly contested by the pro-life movement and those with a basic understanding of human rights: That abortion is a “women’s right.” They mindlessly repeat the consistently disproven falsehood that abortion is healthcare. You’ll never see a mainstream journalist noting that Planned Parenthood’s Alan Guttmacher himself once candidly noted that abortion is never necessary to address a woman’s medical condition. Instead, they openly run cover for the abortion industry—in Argentina recently, for example, a young girl impregnated by a rapist was presented as evidence that Argentina’s pro-life laws are barbaric. Most journalists did not bother to mention the fact that abortion is legal in the case of rape in Argentina: Instead, the media saw this horrifying story as a way to attack pro-life policies.

There is also the fact that while the media consistently claims to base their reporting on facts and, where possible, available scientific evidence, the established science of when a human life begins appears to be a mystery to them. Climate science is now Scripture, but when it comes to embryology—a field of study in which the developing human being can actually be observed and facts objectively proven—most journalists grow strangely stupid. A pro-abortion politician will be quoted as a “feminist” or “advocate for women’s rights,” while a pro-life politician’s words are furiously fact-checked so that scientific facts and evidence regarding the barbarism of abortion can be sufficiently obscured. Thus the truth about babies born alive and left to die after abortion is ignored while journalists quibble about whether Trump’s characterization of infanticide as “execution” is technically correct, which is quite obviously an exercise in intentionally missing the point.

The mainstream media also treats pro-lifers as their enemies. In the Netherlands recently, media organizations openly lied about what was taking place in front of abortion clinics, brazenly using imagery of American abortion activists and claiming that they were pro-lifers in order to smear them. After being exposed, they refused to apologize.

Long after a judge confirmed the accuracy of David Daleiden’s Center for Medical Progress videos, media outlets still use language pulled straight out of the abortion industry’s press releases, claiming that these exposes—which are the sort of thing traditional journalists should have done long ago—are “deceptively edited.” To highlight their hackery even further, they largely ignored the horrifying conversations where abortionists casually discussed how to best crush a developing baby in order to preserve the organs for sale. Perhaps they realized the obvious: That this sort of brutality is simply not defensible, and thus the best way they could protect the abortion industry was to ignore it completely.

Consider how the mainstream media has covered the recent American debate on late-term abortion. If they were actually serious about informing the public about what was going on, they would perhaps inform their readers and viewers what late-term abortion consists of, exactly. If they are too squeamish to show a late-term abortion in progress—understandable, considering the sheer horror the headless and dismembered babies can evoke—they could at least show a photo or two of pre-born babies at the age they are being aborted so that people could know what it is that we are discussing. But instead, the media promotes the easily disprovable lie that late-term abortions only happen in cases of severe fetal anomaly (as if that would excuse this savagery) and does their best to make it appear as if anyone opposing the destruction of nearly full-term infants is an opponent of “women’s rights” and is guilty of unconscionable cruelty. It is gaslighting at its very finest.

So prepare yourself for a truly nauseating display from the mainstream media, in which they will attempt to defend late-term abortion, infanticide, and the politicians who support these practices in any way that they can. They will accuse those who oppose dismembering full-term infants of being cruel, and they will accuse those who wish to protect the most vulnerable among us as “extremist.” If more undercover investigations come out revealing what we already know about the abortion industry—that they are the ghoulish practitioners of feticide—the media will do what they do best: Cover up the greatest injustice in human history.

Jonathon’s new podcast, The Van Maren Show, is dedicated to telling the stories of the pro-life and pro-family movement. In his latest episode, he interviews Ryan Bomberger, an internationally recognized pro-life speaker, who shares his unique upbringing as an adopted child in a family of 15. He also discusses social justice and where the civil rights movement went wrong on abortion. You can subscribe here, and listen to the episode below: