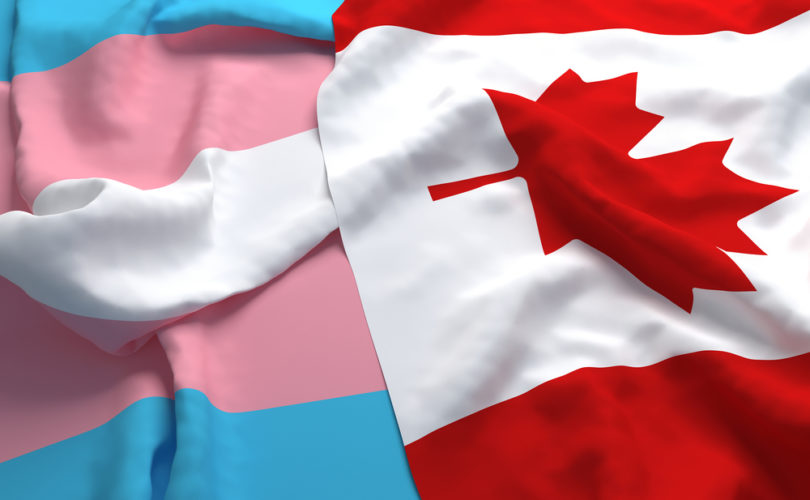 (LifeSiteNews) – While many European media outlets and conservative-leaning American outlets like The Economist have been covering the explosion of children identifying as transgender for some time, the institutional Canadian media has been nearly airtight with the exception of coverage from National Post columnist Barbara Kay.

Canadian media has been taking the same line as Canadian politicians: Transgender ideology is utterly unquestionable, and questions about children, puberty blockers, and sex change surgeries are essentially bigotry.

Which is why I did a double take when I saw an investigative report from CTV News’ W-5 that begins like this: “Whenever experts, in any given field, are too afraid to express their honest professional opinions on the record out of fear of being cancelled, something in the public discourse has gone terribly wrong.”

That should not be a radical thing to say, but in Canada, it is. Trans activists in this country have done such a good job controlling the narrative that they even managed to cancel Vancouver feminist activist Meghan Murphy, simply for refusing to believe that biological men can become women.

It is not that all Canadian medical professionals, politicians, and academics have bought in — Jordan Peterson’s stand against compelled speech with regard to compelled pronouns is but one example. But most have been cowed into silence. Conservative politicians have decided that children being given puberty blockers aren’t worth the fight, and columnists have decided that the issue isn’t worth getting fired over.

But CTV, of all outlets, finally decide to go there — and stated at the outset that this subject has been suppressed in Canada: “[W]hen some well-established experts in transgender health told us they weren’t willing to repeat on camera what they admitted to us in private because they sit on diversity boards and will almost certainly be called transphobic, it was confirmation our story was necessary. If only for the gender dysphoric children and youth, along with their families, who are struggling and do not know who to believe.”

CTV actually asked medical professionals in Canada, the U.S., and the U.K. if there were “the right safeguards in place for children and youth wishing to transition,” and brought up the case of Keira Bell, a young woman who was sexually abused as a child and attempted to transition to male at age 16. She later realized that the issues underlying her gender dysphoria were not addressed by trans treatments and took the gender clinic to court, stating that she should have been questioned and received counseling about how her experiences “could have affected her relationship with her body.”

Her case went all the way up to the U.K.’s high court, which ruled in her favor. That ruling was overturned, and the case will likely be decided at the Supreme Court. It will be a watershed case either way.

The Canadian media has ignored stories like Bell’s for years. Now, CTV is taking a look at “de-transitioners”:

Bell is a so-called detransitioner, who believes there are many others like her. As does Sinead Watson, who we spoke to in Glasgow, Scotland. During the interview, needing to establish that she was born female and transitioned, Watson put her hands on her face and joked that she shaved for us that morning.

It’s taken a long time for Watson to accept her body as it is today, that is, with thinner hair, a deep voice and no more breasts. Watson stopped taking testosterone when she detransitioned back to female, but the effects are still there and will be for a long time. “It’s not the kids who are messing up,” she told us, “it’s the clinicians.”

There are those who believe highlighting the experience of detransitioners is in itself transphobic because it overshadows the majority for whom the experience was a success. We sought to hear from both sides.

For the Canadian media, even admitting that there are two sides to the transgender question is a big step. CTV obviously anticipated backlash, and disabled the comments section when they posted the article to Twitter.

— Article continues below Petition —
PETITION: Urge the Quebec Knights of Columbus to REVERSE draconian vaccination requirements
Show Petition Text
3124 have signed the petition.
Let's get to 4000!
Thank you for signing this petition!
Add your signature:
Show Petition Text

Trans activists, however, are already accusing CTV of causing “real harm” simply by writing about the experiences of Keira Bell and Sinead Watson, who experienced real harm due to the ideology that rushes children into gender clinics, puberty blockers, and sex change surgeries. To trans activists, girls like Bell and Watson don’t matter — they’re collateral damage.

This CTV investigation may seem like a small thing, and I noticed that almost no Canadian journalists did the usual thing of tweeting and commenting about anything controversial that emerges from their bubble, probably calculating that on this issue, it is wiser to simply stay silent. Canada deserves better journalists; reporters who actually have the guts to do deep dives into stories and report perspectives regardless of how ideologically correct they are.

I wouldn’t have guessed that CTV would be one of the first out of the gate, but I’m glad this report was published. With Abigail Shrier’s investigations into trans treatments rocking the world of journalism and even the BBC backing away from pro-trans programs, perhaps journalists will finally find the courage to do their jobs.