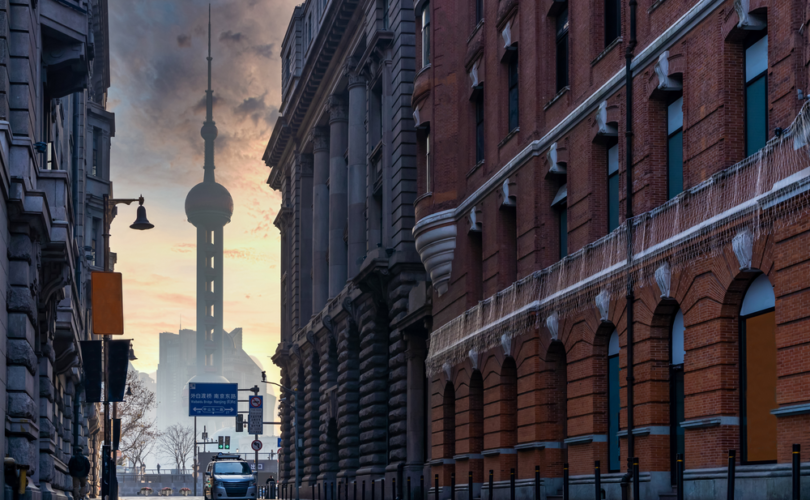 (LifeSiteNews) – As you have likely heard by now, China has implemented another lockdown on millions of residents. Just over two years removed from the first fateful lockdown of Wuhan, the regime has locked down the biggest city in China – Shanghai.

26 million people under lockdown in Shanghai by the CCP

Prayers for every one of them 🙏🏻

The new development has people worried that the trend will return to the relatively “free world” in the coming weeks or months. I say “relatively free” because any society where you are worried about being locked down is not really free.

It is worrisome to see the scenes from Shanghai.

Independent journalist Jordan Schachtel opined that it “remains unclear” if China has decided to do this for reasons of a virus, or because they are testing some method of social engineering.

One thing’s for sure,” he wrote, “the Shanghai lockdown showcases the horrors of a governing regime having complete control over a society.”

There are reports from Reuters about COVID-positive children being separated from parents, as well.

As you can imagine, access to food is becoming a worry for those who cannot leave their homes, and there are reports on Twitter about only being allowed to eat what is delivered.

Again, who knows what to believe from China, especially regarding the motives.

However, there are some Western sources who have intimated at continual lockdown-type restrictions, or continual jabs.

Worried that he has lost his celebrity status, the most untrustworthy man in America – Anthony Fauci – said March 27 that Americans “need to be prepared for the possibility” of a reimplementation of public health requirements, including mask mandates.

Truly, I wish someone would warn me when I had to see something Fauci said so I could prepare for the possibility of developing an ulcer.

Dr. Anthony Fauci has warned that COVID restrictions may return as the BA.2 subvariant of Omicron spreads across the country. Congressional Correspondent @KILM3NY reports.

He made the remarks when opining about a sub-variant of Omicron, which has been mistaken for a mild version of the common cold by many, so his fantasy about dangerous waves of the Wuhan Flu are likely not more than fantasy.

Another expert blowhard from the UK – chief scientific adviser to the U.K. Sir Patrick Vallance – warned of a potential variant that could “escape immunity.” Words to describe how much I care for his opinion … escape me at the moment.

Speaking March 30 to the U.K.’s Science and Technology Committee, Vallance said that COVID “has not gone away,” and “[is] not going to go away.”

The day after, he said to the Royal Society conference, “We’ve got no idea what the next pandemic might be and it certainly won’t be the same as this one – whatever it is, the world needs to be ready to respond.”

He did not mention lockdowns specifically, but said that “annual vaccines for a certain part of the population as we have for the flu” were on the table.

On April Fools’ Day, Canada’s medical fool-in-chief Theresa Tam strongly encouraged all Canadians to still wear masks “because even if you don’t see a resurgence now, you’re probably going to in the next days, weeks … ”

Canada’s chief public health officer Theresa Tam strongly encourages all Canadians to still wear masks “because even if you don’t see a resurgence now, you’re probably going to in the next days, weeks…”
Help Us: https://t.co/oIPU6az6hO pic.twitter.com/JtO3QqEEBl

Funny, I don’t think all Canadians know who she is anymore or if she is still employed.

In any case, it remains to be seen what will happen. China is a totalitarian state, and as bad as our nations have acted, China is on another level of ruthless and dictatorial control of people.

If I try to imagine a city comparable in size to Shanghai like New York City or Mexico City, I can’t even envision the infrastructure and social cooperation necessary to make something like what has happened in Shanghai take place.

That doesn’t mean that the trigger-happy maniacs who had so much fun with the first lockdowns won’t try and find another reason. However, for now it seems that the honeymoon with lockdown communism is over or ending in the West – let’s hope it stays that way.