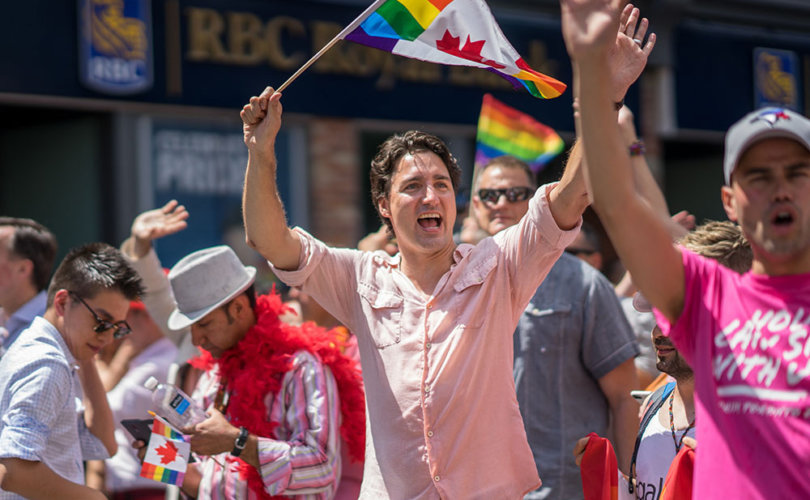 November 26, 2018 (LifeSiteNews) – After several years of consistent lobbying, the Canadian mainstream press has finally managed to persuade the Trudeau government to give their failing industry precisely what they desperately wanted: A bailout. And not just any bailout, either: A bailout of $595 million, which, if you’re counting the cash that our government gives to the press tasked with covering our government, is in addition to the $1.5 billion that the Canadian Broadcasting Corporation already receives.

The legacy media has been slowly imploding for some time, seemingly incapable of adjusting to the Digital Age. A few newspapers have monetized their content online, but others have found consumers unwilling to pay monthly fees to access their coverage. And so the press began to demand that the government give them our money. Since people were not willing to pay for their content, the media decided they could get the government to take people’s tax dollars and thus still fund the content. If you’re a Canadian taxpayer, you’re no longer just funding the CBC. You’re funding an entire failing media industry.

To be fair, plenty of journalists have expressed outrage over this decision, noting that an already-growing distrust of media will in all likelihood explode with the news that the Liberal government is now handing their organizations hundreds of millions of dollars. Chris Selley of the National Post has expressed his dismay at the outcome in emphatic terms. Paul Wells of Maclean’s noted his opposition to government bailouts of media organizations. And Andrew Coyne wrote a column noting that this decision would destroy the flagging credibility of the media entirely:

Consider: In an election year, after months of angry demands, petulant coverage (does anyone think Melanie Joly, the former Heritage minister, would have been treated quite so fiercely had she delivered the goods?) and promises of good behaviour, the Liberal government has agreed to supply the nation’s news media with pots of cash.

This, at a time of maximum suspicion among much of the public about our credibility, or our good faith. You wonder what went on in all those closed-doors meetings? What undertakings were given? What threats were made? Relax. It’s probably nothing. No, really. You can take our word for it.

Of course, no one would be so crude as to attach any explicit quid pro quo. No government would be so foolish as to take a direct hand in doling out the money, or to demand favourable coverage in return. On the other hand, you can’t just give out tax credits to everybody — not in a world where anyone can post to the web and call himself a publisher. So someone has to choose. But who?

So while one group of journalists is scrambling to stay onside with the panel’s government-mandated definition of “core journalism standards” and “professional journalism,” another group will be angling to be appointed to this panel. Since that’s where the real power will lie.

Just so we’re clear: I don’t actually think the government will appoint a group of card-carrying Liberal hacks to this “independent panel.” They won’t need to. If the example of the Liberal-appointed “independent” senators is any guide, they will be scrupulously non-partisan, of unimpeachable respectability, and dependably progressive.

“Dependably progressive.” In other words, conservatives—especially social conservatives—will be treated like unCanadian bigots, and will consistently receive the sort of coverage we’ve come to expect from the CBC. It is virtually impossible that this move will not further politicize the media: Trudeau’s advisor and best friend Gerald Butts is already on Twitter, portraying the Liberals as the party of the free {read: government-funded) press while the Conservatives are, well, something else. Again, to be fair, plenty of journalists have asked him to please shut up and pointed out that he was making things worse.

If you’re wondering what an “independent panel” set up by a Liberal government might look like and what sort of standards they might create to determine who gets access to the slush fund, look no further than the attestation they inserted into the requirements for the Canada Summer Jobs Program. Nobody who opposed abortion or the LGBT ideology, they announced, would be eligible to receive funding. Those Canadians and their organizations, Trudeau and his obedient parrots stated, are fundamentally unCanadian.

The mainstream media’s coverage of the Canada Summer Jobs kerfuffle has been remarkably fair, with nearly every major organization stating that Trudeau had gone too far with his abortion attestation. Trudeau, predictably, doubled down. But how will media organizations react to such things when their funding is on the line? If the Trudeau government believes that principled opposition to abortion and certain religious beliefs on marriage and sexuality are fundamentally unCanadian, what sort of standards will this “independent” panel impose on the mainstream media—which now has an enormous financial incentive to ensure continued access to the golden goose?

To put it bluntly: If Trudeau’s Liberals consider allegiance to Canada’s radical abortion regime and the LGBT ideology to be a mandatory prerequisite to receive government funding in one area, what’s to say they won’t demand the same thing for this funding? Keep in mind that the Liberals consider these beliefs to be unacceptable, even hateful. Is it a stretch to say that the Trudeau Liberals will not remain consistent in their pattern of behavior in regard to government funding—and who gets cut out?

I feel a bit sorry for many of the journalists and commentators who seem genuinely angry at the news that the corporations which employ them will soon be taking stacks of cash from the Liberals (so long as the “independent panel” finds them eligible for the government goodies, of course.) They seem to realize that it will irrevocably compromise their credibility. In the meantime, Trudeau’s Liberals have taken one more step to buy off the press and marginalize the voices of those they disagree with.