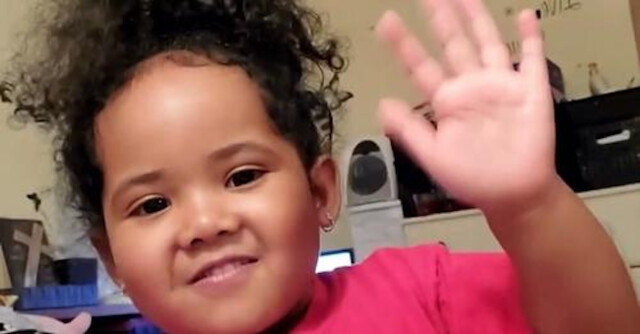 July 14, 2021 (LifeSiteNews) – In Canada, abortion is discussed in two primary ways. First, Liberals use the abortion issue to accuse Conservatives of having a hidden pro-life agenda to split the Conservative base. This happens, inevitably, during every single election. Concurrently, the Canadian media insists that when Conservatives lose elections, it is because they are too anti-abortion and are thus “scaring” the voting population. No evidence of this is ever provided, and this assertion can be used even when the Conservatives have a proudly pro-abortion leader like Erin O’Toole.

In fact, abortion at home and abroad has, under the Justin Trudeau government, become a fundamental part of the Canadian identity. Stephen Harper had his maternal care initiatives overseas; Justin Trudeau sends tens of millions of tax dollars to abort babies in developing nations (including those nations where abortion is still illegal). When abortion is brought up, it is as a wonderful aspect of women’s healthcare that everyone has a God-given right to.

This means that even popular pro-life legislation commanding support from a broad swathe of the public is condemned as an attack on “reproductive freedom.” Two bills from Saskatchewan MP Cathay Wagantall, for example, were used as evidence by the Liberals that the Conservative Party was “anti-choice.” One of these bills involved instituting criminal penalties for men who murder pregnant women or assault them so that their pre-born child dies, and the other was a ban on gender-selection abortion. Even these common-sense initiatives were deemed dangerous.

So it is interesting to hear the silence when a story emerges that proves how abortion is not only a violent act that takes the life of a child — it is often a weapon used by deadbeat parents who wish to rid themselves of the responsibility of a child. For example, there is the horrifying case of a Winnipeg man who is accused of abducting and stabbing his toddler daughter to death.

As it turns out, the stabbing was not this father’s first attempt on his daughter’s life. The CBC — a very pro-abortion media outlet — obtained court records that revealed the man assaulted the child’s mother during her pregnancy, hoping that the baby would die as a result. He also tried to force her to drink “a poison of some sort, a liquid … He put his hands against me and forced it into my face and I realized that [was] what his intention was … he wanted me to smell it so it would actually kill the baby. He wasn’t listening to me. I told him no, but he forced it on me.”

In fact, the first thing the man said when he discovered that she was pregnant was that she needed to get an abortion. “That was the first thing he said. He said he didn’t want to have anything to do with it and then he thought, yes, he wanted to abort the baby and he started to plan and I had told him, no, I don’t want to. But he said he wants to — he was going to force me to, and then he tried to. Frank said his only goal was to abort the baby.” At one point, he asked her to “remove the baby.”

This, it must be pointed out, is precisely the sort of thing Cathay Wagantall’s legislation sought to address.

Even the media, when covering this story, recognizes that the alleged killer’s attempt to have the baby aborted is relevant to his murder of the toddler. That is for the simple reason that the pre-born baby and the toddler were the same person — his daughter.

His daughter did not magically become a person when she passed through the birth canal, as Canadian law ludicrously holds. She was a person then, and he tried to kill her. When she made it out of the womb alive, he tried again — and is now being tried for murder. Same girl — different location. If she’d been dismembered in the womb, it would have been a wonderful “choice” celebrated by Justin Trudeau and his colleagues, even if she was aborted just because she was a girl. But because her father killed her later, he will likely go to prison.

— Article continues below Petition —
PETITION: Hold UN accountable for babies killed by sex-selection abortion
Show Petition Text
14027 have signed the petition.
Let's get to 15000!
Thank you for signing this petition!
Add your signature:
Show Petition Text

This awful story reminds me of a case from 2005, when a young Canadian woman strangled her newborn baby boy to death and threw his body over the fence into her neighbor’s yard. In 2011, her murder conviction was “downgraded” to infanticide, and she was given a suspended sentence — because the Edmonton judge said Canada’s pro-abortion ideology made her deed understandable. “While many Canadians undoubtedly view abortion as a less than ideal solution to unprotected sex and unwanted pregnancy,” the judge wrote, “they generally understand, accept, and sympathize with the onerous demands pregnancy and childbirth exact from mothers, especially mothers without support.”

In other words, by strangling her son this young woman had merely performed a very late-term abortion. So did the Winnipeg father who allegedly murdered his toddler. Canada accepts that parents can kill their children and lays out the framework for when they can do that. But occasionally, Canadian judges sympathize with those who kill their children a tad too late. Perhaps, if the Winnipeg man gets the right judge with the right views on abortion, he too will find mercy where his child found none.