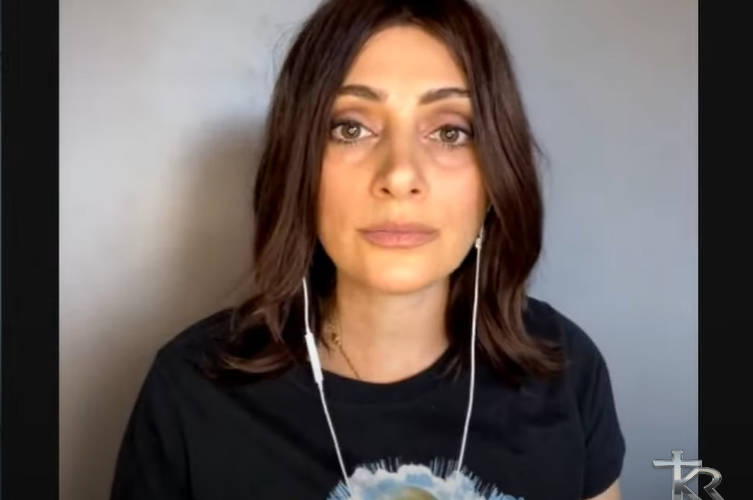 (LifeSiteNews) – Here at LifeSiteNews we know that exposing evil in the world is a necessary job that we gladly do. In fact, our fearless president, Steve Jalsevac, echoed such statements at our 25th anniversary gala in Florida this summer when he expressed that uncovering the bad news is actually good news.

He reminded us of the Bible’s call to uncover evil and expose it in order that Satan’s tricks might be brought to light.  That being said, I would be lying if I said that diving into the dark realities of globalist evil isn’t a bit daunting at times. But every once in a while, we are surprised by the most amazing stories and are reminded of the great goodness that God bestow upon those who love Him.

When I am not reporting and writing for LifeSiteNews, I record interviews on a personal YouTube channel called The Kennedy Report. The other day I had the pleasure of interviewing Jessica Hanna, who told me an incredible story about how she survived cancer – a cancer that she should not have survived – and experienced the miracle of healing. Most important, it was not just the healing of the body that she experienced but the healing of her soul.

Mrs. Hanna is a Canadian born and raised and a cradle Catholic, but she expressed to me that she went through her “pagan years” in early adulthood. She said that she “always believed in God” but at a certain point “got very worldly.”

In 2014, her husband had a “fluke life-threatening illness.” He was experiencing an “autoimmune disorder that all of the sudden started killing his blood cells from within, and he almost died.”

It was at this moment when Jessica and husband Lamar “leaned on God” in a way they hadn’t before. He was extremely ill, and it was unlikely that he would survive. She said that it was like he was miraculously healed.

She told me that this experience taught her the power of prayer. After this experience, she and her husband thought they had been through the toughest health scare they could imagine. Little did they know what was coming.

Locked down with cancer

When the world began to lose its mind and that fateful virus – Communism – began to spread throughout the world, Lamar and Jessica found themselves locked down in Ontario, one of the most draconian regions in the world.

Both of the Hannas are pharmacists by trade, so they understand a thing or two about how illnesses and interventions work. Needless to say, they were not buying the narrative and new something more nefarious was afoot.

At this point, Jessica and her husband began to dive deeper into Traditional Catholicism and learned the ins and outs of the spiritual battle that we all face.

She believes that the timing was providential as her faith was set to be tested.

It was late in 2020 and she was pregnant. Just before she was with child, she saw a doctor about what she thought was a cancer lump but was told she was in the clear.  She wasn’t convinced that she was cancer free, so she visited the doctor again, which was difficult to do considering the lagging behind in the medical system because of lockdowns.

“It was actually the baby who saved my life,” she told me. She said that if she wasn’t pregnant, she would not have “asked to get checked again.”

When she received the call that she was stricken with breast cancer, she said she “cried to God” but said she quickly “stopped.”

“I just remembered how God had never forsaken me,” she said. “So I went back to my bathroom to that very same mirror that I saw the dent in my breasts and I looked in the mirror I leaned in and I said to God, “Lord if we’re going to do this, let’s do this … ”

Almost immediately she began to share her diagnosis on social media and asked for prayers and for everyone to pray for anyone who needed it.

Better to have a dead baby

When she began consulting with the health system about treatment, she was told that she was going to get in right away. She believed this was because the doctor was most concerned about her health, but the doctor she was dealing with said something quite startling.

The doctor told her that because she was pregnant she wanted to get her into surgery before 24 weeks. The reason being that if she went into labor during surgery then it is required by law that the physicians attempt to save the child.

She was asked, “Wouldn’t you rather have a dead baby than a baby in the NICU with complications.”

Getting out of dodge

The situation in the Ontario setting was looking pretty grim, so Jessica and Lamar decided to skip down to the U.S. given the fact that her husband was a dual citizen.

Seemingly miraculously she was able to get in with a renowned specialist who had an open spot due to a cancellation. She was told that “this never happens” and took it as another sign from God.

Even though she found a better doctor, she was still told by an OB-GYN she could “terminate this child” if she wanted to. She was flabbergasted because at this point she wasn’t even sure why that would be suggested – not that she ever would! – because the tumor was supposedly only a small one, perhaps a centimeter.

However, she was shocked to find out that she was riddled with cancer and that her tumor was at least 13 centimeters. She was also shown that the cancer had spread all over her body.

She was told to prepare for death.

At this point, she was faced with the decision to terminate the child, receive some radical treatment or keep the child and try some less-likely-to-succeed treatment.

In reality, she knew she had to prepare to die and therefore she took inspiration from St. Gianna Molla and just wanted to deliver a healthy baby.

A family member reminded them to pray for the intercession of Blessed Solanus Casey, so they did.

She visited the tomb of Solanus Casey in Detroit and prayed for a miracle.

She began spot treatment and very early on received a call from the hospital.

Expecting the worst, she answered the phone.

“I was at peace, Kennedy,” she said. She just wanted to know the next step, whether that meant more treatment or planning her funeral.

On the other end of the phone was a nurse from the hospital who said, “Well, first things first, you’re cancer free.”

When her husband came home, she told him the news and they were ecstatic. The first thing they did was pray a rosary in thanksgiving for the miracle.

Eventually, her child was born perfectly healthy, and she is still cancer free to this day.

Her surgeon called her a “walking miracle.”

There is much more to the story, and I recommend the reader watch the interview and share it with friends. God is good. All the time God is good.