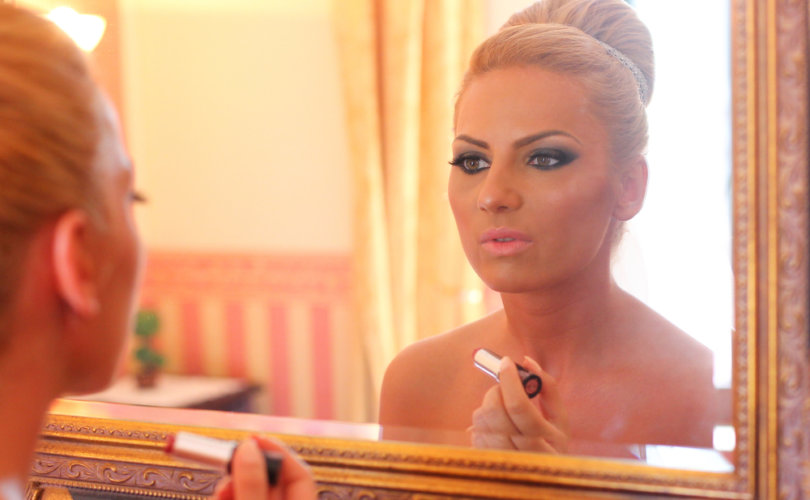 May 19, 2017 (LifeSiteNews) — The news cycle has brought so-called “sologamy,” or self-marriage, to our attention again. Practices vary, but adherents — usually women — may propose marriage to themselves in romantic locations, send engagement announcements, hire a celebrant, send invitations, register at snazzy shops, buy an expensive outfit, and star at a wedding. As long ago as 2014, a lady named Grace Gelder told the UK’s Guardian all about hers, saying, “The day was obviously centered on me, the final event being a mirror for me to kiss, but it also felt like I was sharing something special with my friends, giving everyone an opportunity to reflect on their own ideas of love and commitment.”

The part about the mirror was particularly sad.

It can be sad to be single, and I know what I’m talking about. In 2006, I began a blog called “Seraphic Singles” because I had given up, not hope to be married, but an inordinate attachment to the idea. It is perfectly healthy and normal for a woman to want to be married and have babies, but at the time it looked as though God had other plans for me, even if that was only to wait and see.

At the time, I was convinced that there was something called a “vocation to the single life,” and I decided that if God were calling me to it, I had better get used to it. Indeed, I had better find models for it. I began to read and blog about the lives of single women who had lived saintly lives (Catherine of Siena) heroically (Edith Cavell) or had simply become famous (Greta Garbo).

Three years later, I was married, and Seraphic Singles was a book. It had been accepted for publication when my husband and I were on our honeymoon. Talk about a lousy marketing strategy. However, to make my publisher happy, I went back to blogging about and for Singles. And if there is one thing I know about female singles after all these years, it’s that they want the uncertainty to end. They want to find the One, or if they’re Catholic and attracted to religious life, they want to find the right religious order. They want to get it sorted out. They want to get it settled. They don’t want to be alone.

Practitioners of sologamy are only pretending they love to be alone. Bizarrely, they celebrate their aloneness by inviting friends and family to celebrate it with them — unless, of course, they elope to Japan for a professional “solo wedding” photo shoot. (Cerca Travel specializes in them.) In this case, the “brides” aren’t crying out for attention as much as they are for the makeup, the beautiful dress, and stunning photographs of themselves.