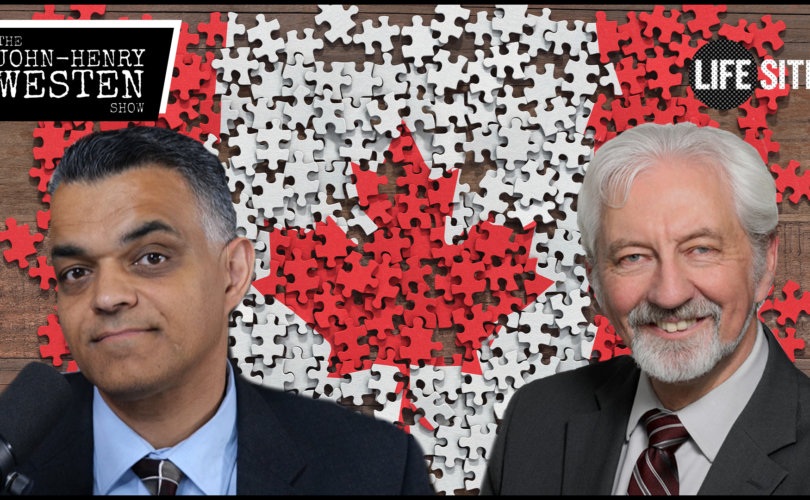 (LifeSiteNews) – With an election possibly coming up in Canada, many Americans and non-Canadians are confused as to how exactly the political system in the country works. This episode of The John-Henry Westen Show provides answers to this question and more.

To help explain the specifics of Canadian politics, I spoke with the leader of the Christian Heritage Party, Rod Taylor. He’s been leading the pro-life, pro-family, and pro-God party, which has been around for about 35 years, since 2014.

Our conversation began with Taylor pointing out the basics of the Canadian government, which is a constitutional monarchy with a representative parliament consisting of the Senate and the House of Commons. He said that the people only elect MPs of the House of Commons, and that these elections, which also may decide the prime minister of the country, are held irregularly, unlike elections in the United States.

Taylor also had an interesting take on how the major political parties are guided not by principles but by political power, even the so-called pro-life Conservative Party. He pointed out that a member of parliament and of any party will not be allowed to vote according to his or her conviction but only with “the wishes of their leader and the controlling core of the party.” If he or she doesn’t, he or she will be chastised or kicked out of the party.

Taylor then stated that both the government and culture need “to get back to God…to the basics of human dignity and respect for life…[and] freedom,” and not be guided by political power.