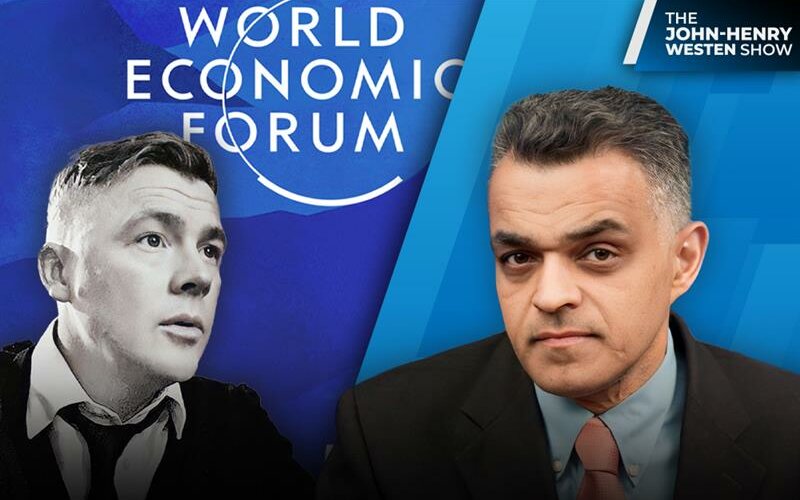 (LifeSiteNews) — This latest episode of The John-Henry Westen Show is one you really won’t want to miss. My guest is Frank Wright, a LifeSiteNews journalist and expert on the machinations of the World Economic Forum.

In a nutshell, the World Economic Forum’s entire modus operandi is to “attract influential people in order to promote a managerial program that is largely infused by technology,” as Wright puts it.

“Since about 1941, the idea that you can see humanity as a managerial problem, as a problem to be managed, has been around, since the publication of a book called The Managerial Revolution by James P. Burnham,” he explains. “It was first reviewed famously by George Orwell. In this book is a blueprint for modern society. You would recognize much of the processes and even some of the language today, such as the ‘managers right to manage.'”

Wright continues: “But what it presages is the supplanting of state and institutional power with that of an international managerial class, one which we have today. And what has changed since the 1940s is technology. We have the technology, or rather they do, to advance an idea of the future humanity, which I would argue is the deletion of everything valuable about the human experience, in order to make human beings globally more manageable. We have a management problem, and it is humanity from their point of view, and from ours, it’s them.”

As I point out, although the World Economic Forum has been around for decades, they’ve become significantly more visible than they once were. Their meetings and ideas used to be somewhat secretive, with only limited media coverage. Now they seem to be out in full force talking about “useless people” and whatnot. I ask Wright why Schwab and the World Economic Forum have become so visible now, and here’s what he says.

“It’s because of their ability, their habit, of leveraging a sense of permanent alarm, and the great success of fomenting a sense of crisis over the environment that’s allowed them to open the door to their own proffered solutions,” he explains. “The more popular that this mistaken … belief that mankind is destroying the planet and is doing so in an accelerating, destructive fashion is, it simply helps these people to advance their agenda.”

“Without a sense of emergency, no one would even consider the expedients that they’re offering,” Wright continues. “But what [Schwab is] offering is security in a time of ongoing crisis. Crisis is their best friend. This is the reason why many people believe that they themselves have deliberately fomented these crises.”

LifeSiteNews has been at the forefront in covering this week’s World Economic Forum meetings in Davos. Keep up to date with all of our coverage of what’s been happening HERE. In big picture terms, however, Wright notes that their agenda places an “enormous emphasis on environmental catastrophe,” which is their main selling point to global leaders to get them to buy in to their agenda.

For more from Frank Wright, be sure to listen to or watch this episode of The John-Henry Westen Show. Be sure to check out his LifeSiteNews author page here as well.