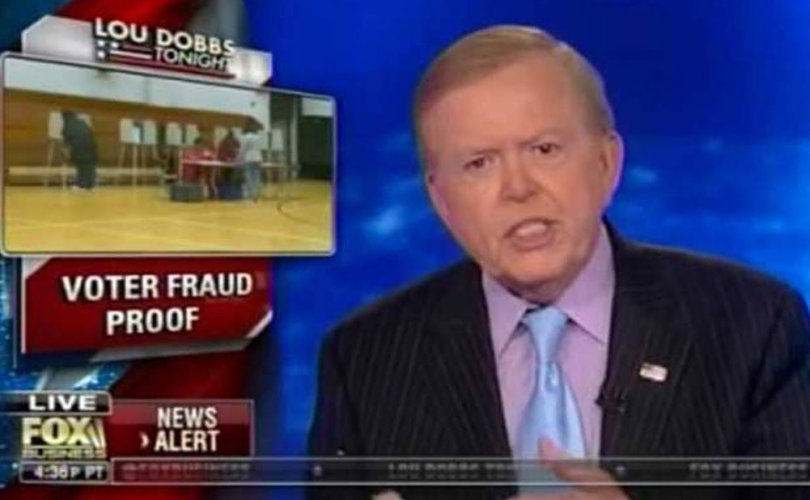 Editor's note: The views expressed herein are solely those of the authora and of those in the videos presented.  As a non-partisan public charity, LifeSite does not endorse these statements and takes no position on political candidates.

October 26, 2016 (LifeSiteNews) — Some of us have tried during the past few U.S. elections to warn Americans of massive voter fraud likely to take place during those two times Barack Obama was elected. Unfortunately, few took these warnings seriously. They could not imagine that such fraud would or likely did have a significant, negative impact on the issues that LifeSite covers as part of its core mission. See the long list of articles below revealing currently on-going federal election 2016 fraud.

The reaction to LifeSite reporter Ben Johnson's well-researched 4-part investigative series on Obama's Marxist, get-out-the-vote head, Buffy Wicks, seemed to fall on deaf ears. There were few comments or other responses. Only much later were there reports in some major media confirming that significant fraud did take place during the Obama elections.

Now, what is happening in this election appears to be far beyond the voter fraud that likely happened during the Obama elections. The rapidly mounting evidence, finally being taken seriously by some in the mainstream media and many in alternative media, is that voter fraud is massive this election.

In addition to the Lou Dobbs report above, here are more examples of a growing flood of news reports coming out these past few weeks on this worrisome, now proven to be very real election factor. Take a close look at them.

3. Some Cities Want Their Noncitizen Immigrants to Vote

4. Investigators: Chicago Voters Cast Ballots From Beyond The Grave

5. Look what Republican voters are doing to combat voter fraud

8. Maryland trump supporter: they switched my vote to hillary

12. Type these 5 words into Google and see proof that the system is rigged

15. Is The System Rigged? You Betcha! Pat Buchanan

Here is what happened in recent elections and can and certainly is happening again at this time:
From Sea to Shining Sea: 5 Examples of Voter Fraud across America

“In this explosive new video from Project Veritas Action, a Democratic dirty tricks operative unwittingly provides a dark money trail to the DNC and Clinton campaign. The video documents violence at Trump rallies that is traced to the Clinton campaign and the DNC through a process called birddogging.”

And then here is a third Project Veritas video, titled, Rigging the Election Video IV $20K Wire Transfer From Belize Returned, with even more fraud revelations among other nefarisious Clinton campaign activities.

These are only a few samples of what is turning out to be a mountain of evidence accumulating of now on-going and upcoming large-scale attempted voter fraud.  All who value life, family, faith and their freedom should be deeply concerned about this corruption and do whatever they can to challenge and stop the fraud from distorting the real intentions of the American voting public.

It appears the 2016 election could be the final outcome and goal of the Saul Alinsky, Marxist community organizing movement, which we know Barack Obama and Hillary Clinton were at one time involved in.

Who will win the election? The American public or the social radical manipulators who are determined to change the United States into the key power in an anti-life, anti-family,  socialist One World New Order?

And just out of interest, not directly related to LifeSite core issues, is the fascinating, if not scary, long list of  Wikileaks Clinton revelations that Fox News' Sean Hannity goes through in this report.

I believe the next few weeks will determine the future of the United States and the causes of protection of life, the family and faith, unlike any election in U.S. history.