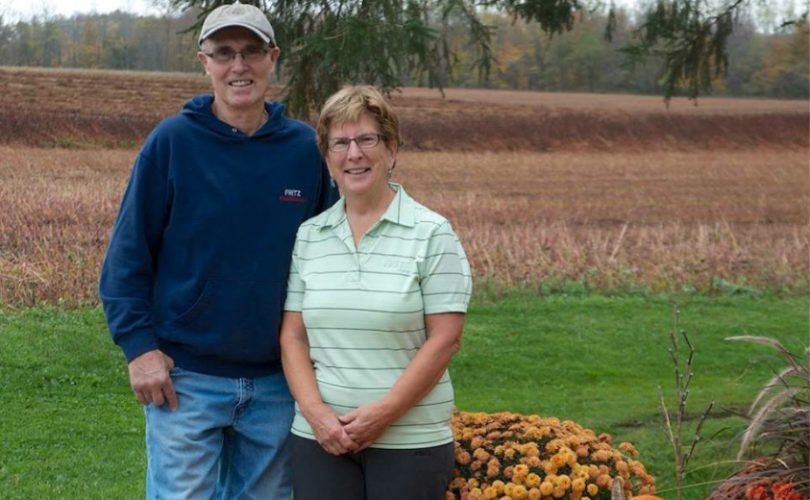 Jim Hughes, vice-president of International Right to Life and leader of Canada’s national pro-life organization, and I drove together for a few hours today to visit a truly great man and dear friend, Tom Fritz, who was terribly injured in a car accident yesterday morning.

It struck us as we were talking how scarce great men and women are these days. There seem to be so few such men and women among all the ruling classes and elites that we encounter every day. In our work we personally meet with, talk to and hear intimate details of many of these disappointing persons of influence. Weakness, fear and concern for personal comfort, careers and especially finances are rampant.

The great German pastor Dietrich Bonhoeffer, who actively worked against Adolf Hitler and shamed many fellow Christians with his courage and who was eventually executed by the Nazis proclaimed, “Silence in the face of evil is itself evil: God will not hold us guiltless. Not to speak is to speak. Not to act is to act.”

Tom Fritz, faithful husband and father, pro-life and pro-family to the core, a quiet, humble man of extraordinary generosity, a prolific entrepreneur, a man who loves God deeply, has always been fearless in speaking and acting against evil.

Tom was the founder of Business for Life along with Fr. Ted Colleton over 20 years ago. Jim and I have also been a part of that organization for all those years and Tom and his wife Anne and their daughter Lisa, also a key Business for Life member and now a LifeSite board member, have become dear friends.

I have never known Tom to be concerned, like Dietrich Bonhoeffer, about what others think of him. His only concern has been what is right and what is wrong and what God expects him to personally do about these things. He has personally given considerable support, including the work of his hands, to Campaign Life Coalition, LifeSiteNews and other pro-life efforts and often delivered his crops to the Food Bank and to Dr. Simone's Food for Children.

Tom is what Jim and I would call one of the truly great men that we have personally known in our lives. He also is someone who would never be comfortable with people writing or saying such praiseworthy things about him, but today I think that it is appropriate to do so.

Tom is over 70 years of age, but he has still kept working at his Fritz Construction Business and doing good works. Nobody can stop Tom. He is a very robust country boy, farmer and contractor who thrives on heavy work that would kill most men his age. Tom has always loved challenges – the bigger the better. The doctors at the hospital say that his heart is very strong.

Yesterday, for some reason, at 7:15 am, Tom veered across the highway into the back of a large truck, flipped a number of times through the air and onto the side of the road. It took firemen over an hour to free him from the vehicle and then he was immediately airlifted to hospital in Hamilton, Ontario. Another half-hour and he would have lost all of his blood and not survived.

Tom was in surgery for several hours yesterday with massive injuries, including internal bleeding that took several hours to stop. He has many broken bones, a punctured lung, some terrible lacerations, his spleen was removed. He survived that surgery.

Friday night, he was scheduled for 8-12 hours of orthopedic surgery to repair the broken bones in his leg, arms, wrist, chest and hip and elsewhere. That has been re-scheduled for possibly Saturday because of continued bleeding from one of his injuries. He is in critical condition, so there is much concern as to whether he will survive the surgery. After the surgery, there will be a long, painful recovery.

Please pray for Tom and Anne and Lisa and their son Greg and the five grandchildren.

These are salt of the earth good people from God’s country in the tiny, beautiful country hamlet called Chepstow. Tom and Anne have a house and small farm next to their formerly owned Fritz Concrete factory. Lisa, who still works at the former family business and for the construction business, lives down the street with her husband and children. Son Greg and his family live not too far away in the town of Terra.