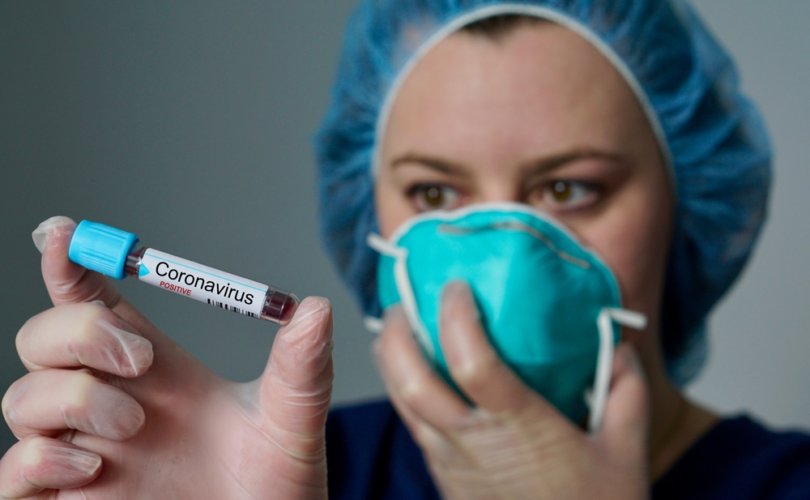 January 30, 2020 (LifeSiteNews) – Meeting with the head of the World Health Organization Tuesday, President Xi Jinping did his best to pretend that the deadly coronavirus epidemic now raging in China was under control. “I have been in command” of the situation from the beginning, he said. His government would “release information on the virus in a timely manner,” because “The epidemic is a demon, and we cannot let this demon hide.”

Listening to Xi, you don’t know whether to laugh or cry.

The truth is that Communist Party officials have been playing “hide the demon” for two months now. For weeks after the first coronavirus cases were reported, they pretended that it didn’t exist.

Then we were told that the coronavirus originated in an open-air market, where animals were being slaughtered for sale to customers who like their wild game fresh. Perhaps. But there have also been suggestions that the virus may have escaped from a People’s Liberation Army Biowarfare unit located just a few miles away from the epicenter of the epidemic.

Either way, the first wave of cases in December was hushed up.

Even when the number of people who had come down with the coronavirus became too large to hide by early January, officials continually minimized the seriousness of the disease to their own people—and to the world.

In the meantime, because they were not given timely information about the seriousness of the problem, the people of Wuhan went on contracting and spreading the virus among themselves for weeks. Then, just as the virus was reaching epidemic proportions in Wuhan, the Chinese New Year began.

Every year, the largest migration on the planet takes place in China. By long tradition, hundreds of millions of people go home for the lunar new year celebrations.

In the days leading up to the holiday, no fewer than five million residents of Wuhan got in cars, buses, trains, and planes and went home for the holidays. The effect of this diaspora was to carry the coronavirus to every corner of China, and to many surrounding countries as well. It is an epidemiological nightmare.

Only after the first cases of coronavirus were being reported in a dozen other Chinese cities did deceitful Communist officials finally impose a quarantine on Wuhan’s 11 million people. They have since expanded it to some 17 other cities in Hubei province with a total population of 40-plus million. It is the largest quarantine in human history—but it is still too little and too late. This is the real scandal.

Even today, as the epidemic has spread throughout China, the Chinese authorities are still lying—about the number of infections, about the number of deaths, and maybe even about the origins of the deadly virus. The claim that there have been to date only 170 deaths and 7,700 infections is laughable given the other reports that are coming out of the country.

Take the January 28 directive issued by China’s Ministry of Public Security, which ordered all police departments throughout the country to make “wartime preparations.” The police are to help “control the disease” by enforcing quarantine orders and helping to speed the distribution of medical supplies, while at the same time “maintaining social stability” by “severely” punishing any public or online reporting about the spread of the epidemic.

Does that sound like China is on the verge of declaring a national emergency to you? It does to me.

Despite the police clampdown on social media reports on the epidemic, a few hints of how bad things really are have managed to leak out from behind the Great Firewall. Consider this stunner from the Wuhan authorities.

“The [Wuhan] city government and Hubei Provincial Civil Affairs Ministry have dispatched vehicles, staff, and protective gear to each funeral house [in Wuhan].” The post went on to offer “free cremation for the corpses of coronavirus victims” who died on January 26 or later.

The reason the city was deploying these new resources, it said, was “To improve the capacity of transporting and dealing with corpses” (!).

I don’t know about you, but this doesn’t sound to me like something they would do if the official death toll of 170 or so was anywhere close to accurate. The post obviously didn’t please the censors either, because an hour later the above sentences were deleted from the text.

As far as Xi himself, until now he has maintained a sphinxlike silence on the epidemic that has the province of Hubei in a death grip, even as lower-level officials like Wuhan mayor Zhou Xianwang have had to fall on their swords. Two days ago Chinese premier Li Keqiang finally visited the city, but Xi still hasn’t gone himself.

Any other world leader who did not personally visit the scene of such an unfolding disaster would be crucified in his national media. Xi has little to worry about on that front, however, since his state-controlled media exists not to report the news, but to make him and the Party look good.

Of course, with long lines of the sick lining up outside hospitals, that’s getting increasingly hard to do.

General Secretary Xi Jinping may speak of the “demon,” but in the view of many in China, the “demon” is hiding in plain sight. It is the Chinese Communist Party itself, and the culture of corruption and deceit that it has fostered.

One final comment: The Chinese Party-State probably spends a trillion dollars a year monitoring and surveilling, policing and re-educating its population. The cost of incarcerating over a million Uyghurs in concentration camps alone must run into the tens of billions. The cost of persecuting tens of millions of Catholics and other Christians probably runs billions more.

If they put a fraction of the money they spend on their police state into public health, and actually “released information in a timely manner,” as Xi promised, they would have been able to stop this epidemic in its tracks.

But that’s not the way that Leftists roll, is it?

Fortunately, those of us in the West live in democracies, with an open and free press, and health officials who put people, rather than politics, first. The few cases of the disease we now have will be effectively contained and Xi’s “demon” will pass us by.

But pity the poor Chinese.