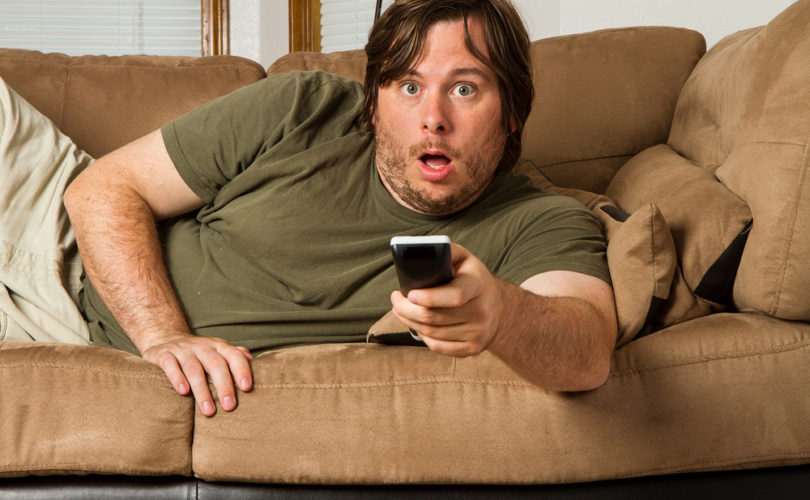 Sometimes I wonder whether our culture watches celebrities so obsessively because we love them, or because we are instead attracted to the roller-coaster of destruction that inevitably follows. As Chris Hedges notes in Empire of Illusion: The End of Literacy and the Triumph of Spectacle, “The moral nihilism of celebrity culture is played out on reality television shows, most of which encourage a dark voyeurism into other people's humiliation, pain, weakness, and betrayal.”

This was played out quite recently with the media firestorm surrounding the revelations that Josh Duggar of the reality show 19 Kids and Counting had molested a number of young girls years ago, including several of his sisters. With blood in the water, the feeding frenzy began, remaining unabated even as the Duggars came out to explain what happened in more depth. John Jalsevac of LifeSiteNews noted that the situation reminded him of what CS Lewis once wrote:

Suppose one reads a story of filthy atrocities in the paper. Then suppose that something turns up suggesting that the story might not be quite true, or not quite so bad as it was made out. Is one's first feeling, 'Thank God, even they aren't quite so bad as that,' or is it a feeling of disappointment, and even a determination to cling to the first story for the sheer pleasure of thinking your enemies are as bad as possible? If it is the second then it is, I am afraid, the first step in a process which, if followed to the end, will make us into devils. You see, one is beginning to wish that black was a little blacker. If we give that wish its head, later on we shall wish to see grey as black, and then to see white itself as black. Finally we shall insist on seeing everything — God and our friends and ourselves included — as bad, and not be able to stop doing it: we shall be fixed for ever in a universe of pure hatred.

And if we want to see people self-destruct and implode, examples are easy to find in a society driven by entertainment.

Take, for example, Hugh Hefner’s Playboy Mansion, the frat-house of the Sexual Revolution. Filled with beautiful women, celebrities, and luxuries of the most expensive sort, it’s the type of place envied by men the world over. On the inside, it’s a place filled with despair and devoid of any real intimacy—the headquarters of a culture that confuses pleasure with happiness. Holly Madison, once the geriatric Hefner’s number one girlfriend (there are seven), recently wrote a memoir of her time in the Playboy Mansion, detailing the manipulation they underwent, the pervasive emptiness they all felt, and how one day, she contemplated drowning herself in the bathtub to end it all. Such stories are common, if we would bother to read them and heed them.

Perhaps that seduction is why the only thing we enjoy as much as elevating celebrities is watching them crash, with a smug and knowing nod. We knew it was going to happen. It always does. Like Miley Cyrus’s newest magazine article, where she poses for a bizarre pornographic photo shoot, talks about how her gender and sexuality are fluid, and says she’s up for pretty much any sex act that doesn’t involve animals. From Disney child actor to another broken pop star trying to push the envelope in the porn era, where nothing is shocking and increasingly, nothing is even titillating. Too many kids, unfortunately, grew up with her. Too often, we become what we consume.

It’s why, incidentally, I don’t care for the habit many Christians have of immediately seizing on any nugget of truth that happens to proceed from the mouth of celebrity. Justin Bieber, wholesome pop star, is against abortion! And then, as we all knew he would, he began to self-destruct. We should be careful which role models we promote, since the few positive views they hold are probably going to be the least likely areas of influence. Justin Bieber, anti-abortion activist? Yeah, right.

We should be extremely careful in our consumption of entertainment—not just because of the glorified violence and artificial, hedonistic sexuality, but also because too often we simply contribute to the destruction of those who create it. Like the ancient gladiators who were uplifted one moment by crowds howling adulation, only to hear the same mobs baying for their blood a moment later, our modern celebrity culture is often as lethal to those who partake in it as it is to those of us who lethargically consume the smut it produces.

We have other options. We don’t have to participate in the vicious circle of nonstop entertainment and topsy-turvy celeb culture. At a very minimum, we don’t have to be gluttons. The unmatched literature, poetry, and art of past generations—and many beautiful contributions of this one—are at our disposal in a manner unprecedented in human history. Add to that the simple pleasures of face-to-face friendships, the beauty of outdoor adventure, and the countless opportunities our communities provide for doing good, and we have more than enough reason to stop watching the lives of others implode and find more beautiful things to do.

In his masterpiece The Closing of the American Mind, Allan Bloom noted that, “The failure to read good books both enfeebles the vision and strengthens our most fatal tendency — the belief that the here and now is all there is.” We all know, even if we have buried it deep inside ourselves, that that is not the case. And that is, at the end of the day, the best reason to disengage from much of the entertainment culture our society has created.