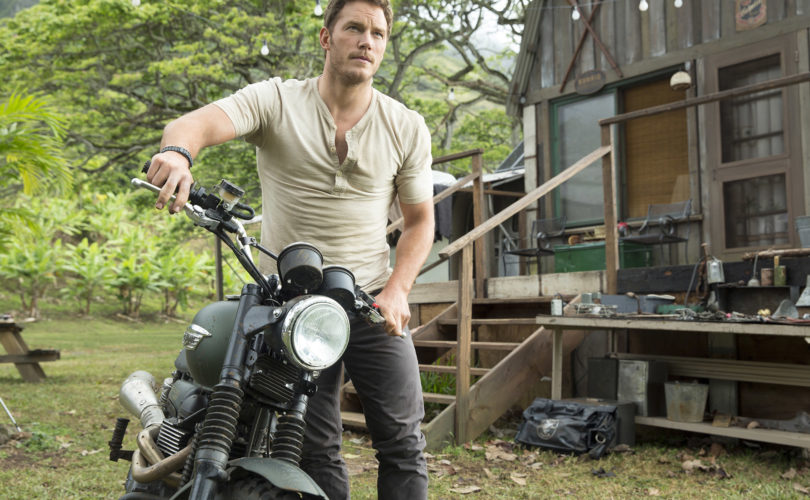 His career is red-hot, and some women say he's even hotter in other ways. But if they want to see Chris Pratt naked, they'll need a time machine. The celebrity press is reporting that Pratt will not be doing any steamy love scenes – because it violates his Christian faith.

The story originated with the National Enquirer – not exactly an exponent of traditional morality – when an “insider” told the rag, “Chris refuses to even consider anything that involves a sex scene!”

“It’s not the public image he wants to project – and it’s not something he sees as compatible with his faith!” the unnamed source (its favorite kind) said.

If true, his decision to pursue modesty on the screen is the latest part of his transformation from his wild past:

The star hasn’t hidden from his past as a stoner living in a van while picking up extra cash as a male stripper during his younger days.

But now the “Guardians of the Galaxy” hero is a real-life do-gooder who visits kids in the hospital and quotes Scripture on Facebook.

Pratt's career has taken off in tandem with his growing religious faith. He was in Parks and Recreation and the films Moneyball and Zero Dark Thirty before the megahits Guardians of the Galaxy and Jurassic World.

Pratt, who is 36, has been married to comedic actress Anna Farris since 2009. His faith took a turn when their son, Jack, was born in August 2009 — nine weeks premature. The boy spent a full month in the NICU. Pratt later said:

“We prayed a lot. It restored my faith in God – not that it needed to be restored, but it really redefined it.”

…So while the ladies may want more beefcake, the star is determined to save the universe as chastely as possible.

The Hollywood hunk had described how he and Farris keep their relationship alive in Hollywood.

“The way we work it out is we just take at least one moment every day to be present with one another,” he said. “Whether or not we're in the same room, or the same state, or even the same country, we check in.”

The news of Pratt's onscreen decision came as rumors subsided that he was cheating on Farris on the scene of his latest movie, a remake of The Magnificent Seven. “We have an incredible relationship,” Farris said, calling the rumors “weirdly stinging.”

Pratt's decision to refuse romantic romps and scenes in the buff may cost him a few roles in Hollywood, but it sounds like he's learned that doing the scenes could cost him something far more important.

And he learned that after he and his wife nearly lost the most important thing in their lives.

Imagine what would happen if every star followed his lead. What would happen if stars suddenly deepened their relationship with Jesus Christ and refused to star in movies that undermine faith, purity, and living a life of virtue?

Even if romantic movies are out, let's hope when it comes to ruling out sexual immorality Pratt is truly a leading man.