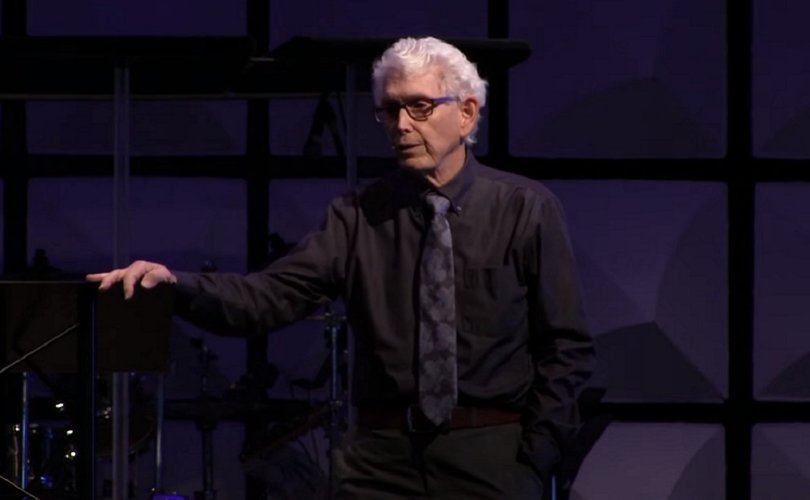 WASHINGTON, D.C., June 22, 2020 (LifeSiteNews) — During a panel presentation titled “Summit on Protecting Children from Sexualization,” hosted by the Heritage Foundation, a man who formerly lived as a woman after undergoing medical treatments and surgery and who later experienced regret and returned to living as a man, dared to say children “are not born transgender.”

“This is a childhood development disorder,” he added — and for those last six words, YouTube has removed the entire three-hour video of the panel discussion, calling his words “hate speech.”

The Daily Signal, an online publication of the Heritage Foundation, declared that YouTube had weaponized “hate speech” policy to censor its video.

After an appeal of the decision to YouTube and Google — which owns YouTube — the Heritage video remained censored.

“We vehemently disagree with YouTube’s decision to suppress valid medical information,” wrote Rob Bluey, a Heritage vice president and executive editor for the Daily Signal. “Not only is this decision anti-science, but it’s also part of an alarming trend of YouTube removing or blocking content that it doesn’t like.”

In an email to The Federalist, YouTube asserted, “Our hate speech policy prohibits videos which assert that someone’s sexuality or gender identity is a disease or a mental illness. We quickly remove videos violating our policies when flagged by our users.”

“YouTube has decided, under the guise of ‘hate speech,’ to censor the viewpoint that it doesn’t like,” said Emily Kao, director of The Heritage Foundation’s DeVos Center for Religion and Civil Society, who hosted the summit. “This won’t help children and families struggling with this disorder who want information from both sides of the debate.”

The man who spoke those six words that offended YouTube’s censors, Walt Heyer, is one of the most courageous men alive today.

Born in 1944, Walt was married with children and had a good paying job. After 15 years of marriage, his wife filed for divorce, and in 1983, Walt underwent surgery to make himself appear like a woman and lived for eight years as “Laura.”

He later experienced regret and “detransitioned,” reverting to being himself — Walt — once and for all. That was nearly 30 years ago.

Walt is perhaps the world’s most important voice speaking out against the dangers of transgenderism, cross-sex affirmation, and “sex reassignment” surgery, which he refers to as “the greatest medical fraud in history.”

In the fall of 2017, I was privileged to spend 10 days with Walt in Hong Kong, where we addressed a symposium at the University of Hong Kong concerning what is at stake regarding twin cultural threats of transgenderism and same-sex “marriage,” which were suddenly at the doorstep of the cosmopolitian — but still deeply rooted in tradition — city-state.

I witnessed something extraordinary during those 10 days: every time Walt pulled his smartphone out of his pocket, he had a new text, email, or voice message from someone, somewhere in the world who had had second thoughts about “transitioning” and was now desperately searching for help to undo the harm he had done to body and psyche.

Some had just undergone a destructive medical procedure days before; others had done so years or decades ago.

These folks had to reach out to Walt because many Western countries have made it nearly impossible for those who experience regret after “transitioning” to find the help they seek.

Thanks to his website, SexChangeRegret.com, Walt is a lifeline for those who are desperate to find help to revert.

Walt Heyer stands by his statement

In a subsequent video filmed last week for the Heritage Foundation — which bleeps out those six words as if they were unutterable curse words — Walt explained, “YouTube will not allow you to hear six words uttered by me, a former transgender identifying person. I said that children suffering from gender dysphoria should not be encouraged to try experimental hormones and surgery.”

“And I stand by that statement,” he declared.

During the original panel discussion, Walt did not mince words, explaining to the audience that he was there “to put a human face on the destructive side of becoming a transgender.”

“I stand before you with a mutilated body, redeemed by Christ”

“We cannot ignore how devastating it is to young people to cross-dress them and affirm them,” he emphasized. “I’m here as a witness to this.”

I stand before you with a mutilated body, and a life that was destroyed in many ways — redeemed by Christ — but destroyed because I was affirmed.

I went to a gender therapist who said, “all you need to do is have hormones and reassignment surgery. That was in 1981. I underwent the surgery in 1983 because they said this is the treatment for gender confusion.

It’s destructive; it’s not treatment. It’s further abuse[.] … Cutting off body parts, and filling someone with hormones is one of the most destructive things you can do.

And it’s not repairable. There are things that cannot be restored.

I’m here as a witness to tell you that we have to stop this nonsense.

“There is nothing more important[.] … The stable foundation of a country is the family. [Transgenderism] is an issue that’s ripping families apart, and tearing lives apart,” he concluded.