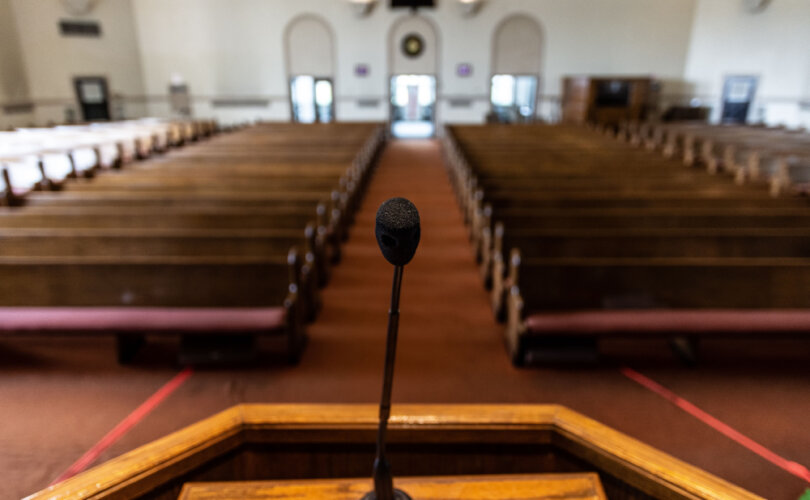 (LifeSiteNews) – A survey released last week found that a third of Americans have stopped attending religious services in the wake of the COVID pandemic.

The survey, “Faith After the Pandemic: How COVID-19 Changed American Religion,” was released Thursday. Conducted by the American Enterprise Institute in conjunction with the University of Chicago’s National Opinion Research Center (NORC), the survey examined findings of the 2022 American Religious Benchmark Survey, which asked 9,425 participants about their religious self-identity and attendance from February to April 2022. The participants were selected for having previously taken part in similar surveys in 2018 and March 2020.

According to the results of the survey, 33% of Americans do not attend religious services at all post-COVID, as opposed to 25% before the pandemic. Also down is the number of Americans that attend either regularly (24%) or monthly (8%), as opposed to a pre-COVID cumulative number of 36% (26% and 10%, respectively), Religion News Service reported.

Those who saw the largest decline of attendance are liberals, those who never married, and those ages 18-29.

Among Catholics, the percentage of white Catholics who never attend services has gone up from 11% to 18%. Among Hispanic Catholics, the difference was higher, with 10% not attending as opposed to 20% post-COVID.

In spite of this, the percentage of Catholics among whites and Hispanics who go to services, according to the survey, has experienced little change since before the pandemic, with 30% of white Catholics attending services regularly as opposed to 31% before the pandemic. Among Hispanic Catholics, the percentage of regular attendees went up a percent, from 22% to 23%. Mormons, likewise, experienced a slight gain in attendance from 70% to 72% post-COVID, and Jewish attendance at temples and synagogues has remained steady at 10%.

The survey also shows that religious identity has remained steady despite the drop in attendance. According to the survey, the percentage of Americans who identified as “religiously unaffiliated” was 25% both before and after COVID. Likewise, the percentage of those who identified as white evangelical Christians (14%), white Catholics (10%), Black Protestant (9%) and Jews (1%) remained the same.

The authors of the survey note that the pandemic “accelerated ongoing trends in religious change,” stating, “The pandemic appears to have pushed out those who had maintained the weakest commitments to regular attendance.” The survey also notes that “[C]hanges in worship help us understand how the pandemic has diminished — perhaps permanently — the role of religious participation in the lives of individual Americans and society as a whole.”

The authors further state that the increase of Americans not attending religious services could “portend increasing religious polarization, with more Americans either very religiously active or completely inactive.”

Dan Cox, senior fellow of polling and public opinion at the American Enterprise Institute and one of the authors of the survey, speaking with Religious News Service, said, “We’re going to quickly come to a place where a good chunk of the country is not only going to have different views about religion, and different religious experiences, they’re not going to be able to relate to each other in any real way.”

Cox also noted that as the percentage of those who identity with a specific religious tradition has remained steady, those traditions could attract wayward members. However, Cox pointed out, if the wayward members fail to return, then the traditions to which they belong will face challenges, including closing places of worship.

The survey’s findings are not dissimilar with other surveys conducted post-COVID attempting to monitor changes in religious attendance.

Late last year, the Institute for Family Studies released a survey that detailed churches experienced a 6% drop in attendance in 2021 at 28%, compared with 34% in 2019. Likewise, a Lifeway Research survey from September 2022 of about 1,000 Protestant pastors found that attendance at services this past August was 85% that of attendance from January and February 2020.