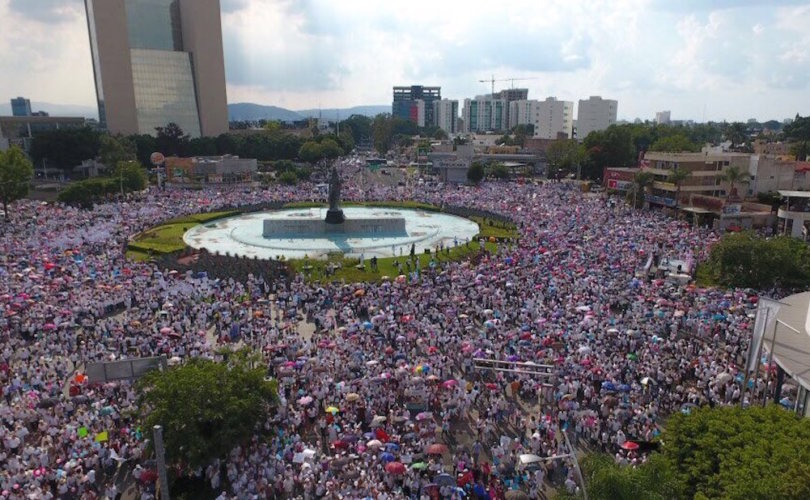 An estimated crowd of 275,000 marched in Guadalajara

MEXICO, September 12, 2016 (LifeSiteNews) — More than one million Mexicans across 122 cities marched in support of marriage and the natural family on Saturday in response to President Enrique Peña Nieto’s moves to enshrine same-sex “marriage” in the nation’s Constitution.

The pro-family activist group Frente Nacional Por La Familia (“National Front for the Family”) organized the protests. There were an estimated 275,000 marchers in Guadalajara and 100,000 in Querétaro. Some other cities’ protests reached nearly 100,000.

A spokesperson for the Archdiocese of Mexico City recently said the government’s mission to impose same-sex “marriage” has led to the greatest clash with the Catholic Church since the persecution that ignited the Cristero War. He said Peña Nieto’s treatment of the same-sex marriage issue was a betrayal and felt like a “terrible stab in the back” to the Catholic hierarchy, whom he has courted heavily in the past.