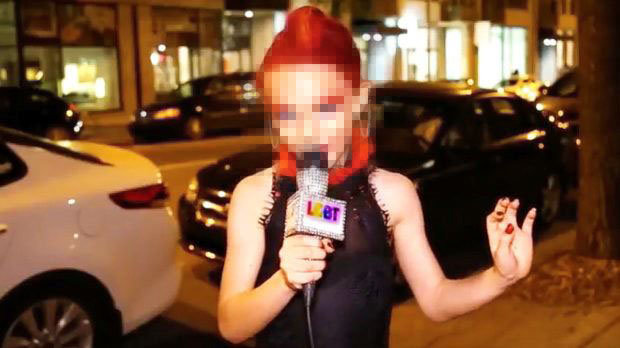 January 14, 2019 (LifeSiteNews) – Controversy erupted after a 10-year-old boy – popularly known by the drag name “Queen Lactatia” – was shown having posed with a nude adult male during a photoshoot for Huck Magazine.

While the magazine chose not to incorporate the photo in its story about “drag kid” Nemis Quinn Mélançon-Golden, the disturbing picture made its way to the public eye via twitter.

The backlash has been swift, visceral, and unabating.

“So would the FBI consider this child pornography?” asked actor James Woods on Twitter. “I’m asking this seriously. If it were a ten year old female child photographed with a naked adult male, would authorities intervene?”

“This is abuse.  Blatant and grotesque,” tweeted Angelia. “Will we now sacrifice our children on the altar of “inclusion” and “diversity”? Utterly appalling and inexcusable.”

“Pure pornography & pornographer,” said Dan Handel. “Call it what it really is. Immoral exploitation of children. And our society can no longer be allowed to be intimidated by these perverse persons.”

“Oh God. Anyone who knows me will tell you that I love drag, have seen many a drag show, and known many a drag queen,” tweeted Daisy Cousens. “But standing a little kid next to a naked man while looking coyly over his shoulder crosses a very very opaque line. Drag is an ADULT world. This is child abuse.”

“The MSM will defend this child abuse because it's under the LGBTQ umbrella,” asserted Amanda Prestigiacomo. “They did it with an 11-year-old boy who literally performed at a gay bar for howling adult men passing out dollar bills.”

Prestigiacomo was referring to troubling reports last month that another drag kid, an 11-year-old boy who goes by the stage name “Desmond Is Amazing,” danced on stage in a New York gay bar while adult male patrons tossed money his way as if he were a male stripper.

“Desmond Is Amazing,” whose real name is Desmond Napoles, has been thrust into the spotlight by homosexual and mainstream media as another face of the growing prepubescent gay/transgender movement.

“Slowly we are being taught that sick insanity is actually normal,” observed Adam Penning after seeing the picture of “Queen Lactatia” with the nude male drag performer.   “A groundswell of abnormality is gradually imposing itself on our cultural psyche.”

Popular conservative video blogger Graham Allen recorded a strongly worded video concerning the controversial photo, saying, “I want to meet the parents so we can have a true ‘come to Jesus’ meeting.”

Allen then suggests that any sane parent imagining his or her own child in that photoshoot would ask, “You want to film my film my 10-year-old with a naked man?

“OK, just one second,” says Allen with a broad smile, as he wanders off screen and grabs a few guns, illustrating in an over-the-top way the visceral response most fathers would have to strange adults thrusting their sons into pornographic abuse.