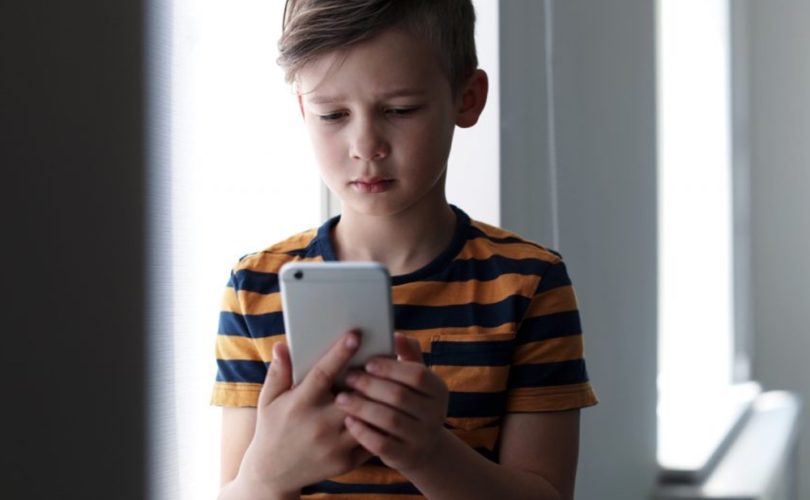 April 20, 2021 (Children’s Health Defense) —  An international coalition of 35 consumer advocacy groups and 64 experts in child development last week called on Facebook to ditch plans to launch a version of Instagram for children under 13.

In a press release, the coalition, led by Campaign for a Commercial-Free Childhood, said research demonstrates “Instagram, in particular, exploits young people’s fear of missing out and desire for peer approval.”

Instagram requires users to be 13 years or older to create an account, but in March, Buzzfeed reported on the social media giant’s plan to build a version of the platform for people under the age of 13 years to allow them to “safely” use Instagram for the first time. Facebook told the Guardian the company was exploring a “parent-controlled version” of Instagram, similar to the Messenger Kids app that is for kids between six and 12.

But in a letter to Facebook CEO Mark Zuckerberg, child development experts and consumer groups criticized the move:

“The platform’s relentless focus on appearance, self-presentation and branding presents challenges to adolescents’ privacy and well-being … Younger children are even less developmentally equipped to deal with these challenges, as they are learning to navigate social interactions, friendships and their inner sense of strengths during this crucial window of development.”

The authors of the letter said Facebook’s “long track record of exploiting young people and putting them at risk makes the company particularly unsuitable as the custodian of a photo-sharing and social-messaging site for children.”

The groups pointed to news reports about leaked documents showing how Facebook boasted to advertisers that it could target teens at the exact moment they were feeling bad about themselves, including when they have negative thoughts about their bodies.

The letter cited more than 20 studies on the negative impact of social media on children, which include:

According to the letter, research published in 2020 showed “vast amounts of data” from apps played by kids were sent to the Facebook Graph database, yet “no effort has been made by your company to address the problem of the children’s data that you possess or process for marketing purposes.”

The letter also noted that in 2019, a design flaw in Facebook’s Messenger Kids allowed young children to circumvent parental controls and chat with strangers.

Signatories of the letter include: Center for Humane Technology, Common Sense, 5Rights Foundation, Center for Digital Democracy, ParentsTogether Action, Global Action Plan UK and the creators of “The Social Dilemma,” a documentary about the hidden agendas of social media and search platforms.

As The Defender reported in January, Instagram recently launched a “Shop” tab that experts say exists solely for the purpose of surveillance capitalism. Nazanin Andalibi, Ph.D., with the Center for Social Media Responsibility and Center for Ethics, Society and Computing, wrote:

“As a researcher who studies social media, people and society, I’m concerned about the effects of surveillance capitalism. This includes social media companies profiting from collecting user data, making algorithmic inferences about people’s preferences and using this information to target people with advertising.”

Instagram’s top competitor in social media — TikTok — already has an app tailored to kids under 13. According to TechCrunch, TikTok was forced to “age-gate its app” as a result of its settlement with the Federal Trade Commission (FTC). The FTC had investigated Musical.ly (the app that became TikTok) for violations of the Children’s Online Privacy Protection Rule (COPPA). TechCrunch reported:

“Facebook, too, could be in a similar situation where it has to age-gate Instagram in order to properly direct its existing underage users to a COPPA-compliant experience. At the very least, Facebook has grounds to argue that it shouldn’t have to boot the under-13 crowd off its app, since TikTok did not. And the FTC’s fines, even when historic, barely make a dent in tech giants’ revenues.”

In December, the FTC issued a joint statement in support of an investigation of social media’s impact on children. The statement said in part:

“The FTC wants to understand how business models influence what Americans hear and see, with whom they talk, and what information they share. The questions push to uncover how children and families are targeted and categorized.”