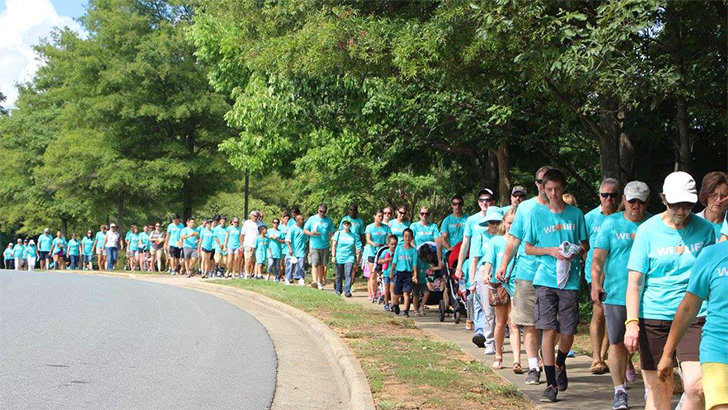 The event was organized by the pro-life group Love Life Charlotte and recruited participants from more than 40 local churches.

Love Life Charlotte is a 40-week campaign uniting and mobilizing local churches to become involved in pro-life advocacy in order to ultimately end abortion in the city, which is home to three abortion centers. The campaign’s length is based on the 40 weeks during which babies develop inside their mothers’ wombs.

What a powerful day in the life of our city! One body of believers, over 1000 strong. God be praised!#1000ForLife pic.twitter.com/8F0VHXofv4

The marchers were also there to offer support to mothers contemplating abortion, including free ultrasounds in a mobile unit from Pregnancy Resource Center of Charlotte.

“When I was a recent graduate, I decided … to move to Florida and my husband and I — who was then my boyfriend — got pregnant and I thought it was the worst thing that could have ever happened to me,” explained Illyana Smith, who participated in the event. “So we considered having an abortion and we drove to an abortion clinic. … No one was there to reach out to us. I was devastated; he was devastated. We actually walked into an abortion clinic and when I walked in there, it was just sadness and grief that came over me. … We left that day, by the grace of God, and we had an ultrasound a week later” and fell in love with our son, Christian.

Christian is now nine years old and accompanied his mother to the march.

“I am so thankful that I chose life for him,” Smith said.

David Benham of the Benham brothers said he participated in the march not because he is simply against abortion but because he loves and supports life.

Past Love Life Charlotte events have drawn hundreds of people this summer.

220 people gathered today to walk, pray, and stand for LIFE! Abortions down by 50% this week. Prayer changes things! pic.twitter.com/8K69jAk09Z

220 people gathered today to walk, pray, and stand for LIFE! Abortions down by 50% this week. Prayer changes things! pic.twitter.com/8K69jAk09Z