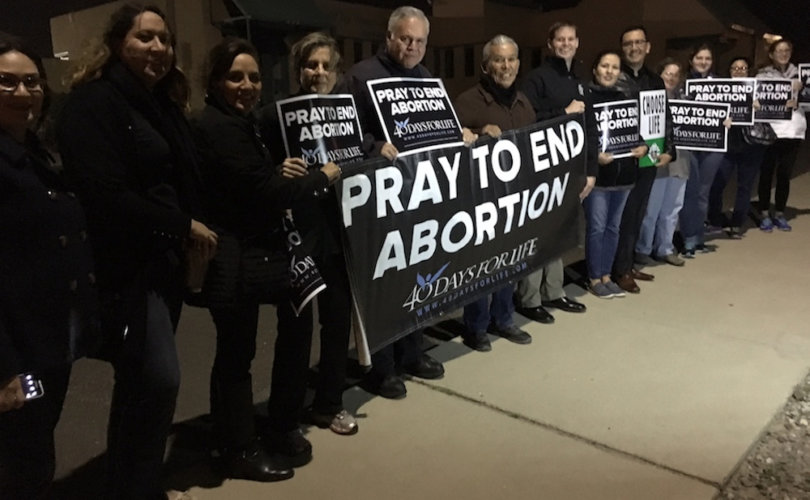 March 15, 2017 (LifeSiteNews) – Just two weeks into the spring 40 Days for Life campaign, 113 babies around the world have already been saved from abortion.

40 Days for Life vigils are taking place in 344 cities around the world this spring, 40 Days for Life president Shawn Carney told LifeSiteNews. Carney said he has been particularly inspired by participants' “courage to overcome cold weather.”

He said a major strength of the campaign right now is “the leaders getting better.”

“Our training has gotten more developed over the last two years,” explained Carney. “We released a new training at the beginning of this year and we’ve done more in-person trainings for leaders … the local pro-abortion activist movement is nowhere to be found in most of the country.”

“In Washington, D.C., we've already had five saves during the 40 Days for Life 2017 spring campaign,” its leader, Katie Yoder, told LifeSiteNews via email. “That means five babies – five human persons – are alive today. And that's what makes 40 Days so amazing: it gives the pro-life movement the opportunity not only to change lives, but to save them.”

“Last Saturday, one mom walked out of the D.C. Planned Parenthood on the verge of tears while repeating out loud, 'I have to get out of here,'” recalled Yoder. “She refused to talk to the clinic escorts, but kept looking back at us as she walked away. Saves can be subtle, but they do happen.”

Carney said 40 Days for Life is releasing next week the heart-warming story of a “beautiful moment that … would inspire anybody to get involved in the pro-life movement.”

It's “the most inspiring thing I’ve ever seen,” Carney told LifeSiteNews. “When we pray and take action and allow God’s grace to work through us, we can save the life of a baby.”

Information on participating in 40 Days for Life prayer vigils outside abortion centers can be found here.