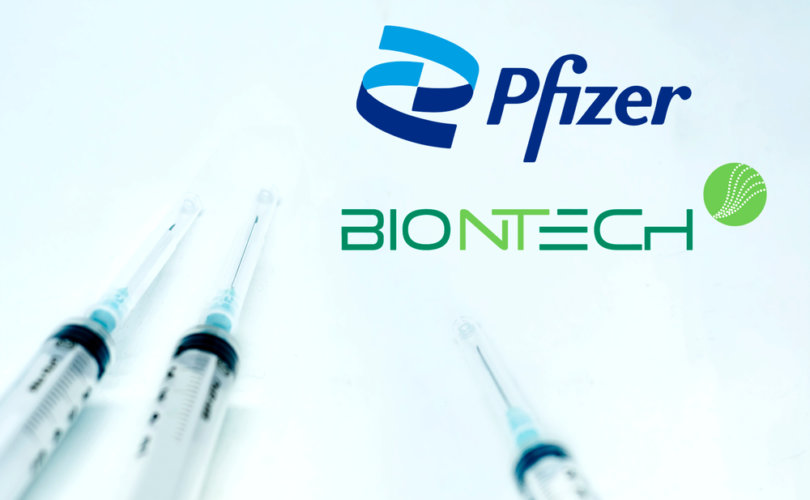 CUXHAVEN, Germany (LifeSiteNews) — A 12-year-old boy in Germany has died two days after receiving his second dose of the Pfizer vaccine against COVID-19.

The boy, Jason, from the county of Cuxhaven in northwestern Germany died on October 15. He suffered from a number of pre-existing health conditions.

Health authorities in Germany are calling the death “a tragic isolated event.”

As the young boy died so soon after his vaccination, an autopsy was commissioned to determine what role the Pfizer shot may have played in the death.

A final autopsy report is yet to be published. It is expected to provide the exact cause of death, but preliminary reports indicate a “likely connection” with the Pfizer vaccine, said Kirsten Von der Lieth, spokesperson for the county.

“He was our sunshine,” his mother Annika told German newspaper Bild. “He had many friends [and] was loved by everyone.”

She explained that she and her husband wanted to protect Jason with the vaccine, as the young boy was suffering from a number of health conditions. He was bound to a wheelchair and suffered from joint stiffening. His immune system was weak.

“After his second dose he got a fever, but it soon got better,” recalled Annika.

The mother then explained what took place on October 15, the day Jason died.

“Jason was in his room, my husband was home, I was away. When my husband didn’t hear him, he went to check on him and found Jason lifeless on his bed. He called the emergency services, but it was already too late,” she said.

According to Bild, preliminary reports of the autopsy carried out by the Medical Center of Hamburg-Eppendorf (UKE) showed that at the time of his death, Jason was suffering from myocarditis, an inflammatory heart condition that can lead to a heart attack. His parents first became aware of this after the autopsy.

Kai Dehne, the head of the Cuxhaven public health office, gave a statement in which he described serious adverse events as “extremely rare.”

“We’re confronted with a particularly tragic case here,” he said. “Statistically, serious adverse events leading to death are extremely rare, but the family in question is hit mercilessly by this, 100%.”

Dehne’s assertion that serious adverse events leading to death are extremely rare contradicted the assessment of many scientists and experts around the world, including in Germany, where pathologists Prof. Dr. Arne Buckhar, Prof. Dr. Walter Lang, and Prof. Dr. Werner Bergholz have warned that serious adverse events, particularly myocarditis, are being underestimated by governments, health authorities and the media, due to a faulty reporting system and media censorship around the issue.

In addition, as of October 29 the Vaccine Adverse Event Reporting System (VAERS) in the U.S. is showing 18,078 confirmed vaccine-induced deaths, 95,954 patients requiring urgent care due to vaccine injuries, and 11,449 confirmed cases of vaccine-induced myocarditis or pericarditis.

In the U.S., this has led one expert at a Food and Drug Administration (FDA) advisory committee booster shot hearing last September to warn that the shots “kill more people than they save.”

Strong objections were also raised against vaccinating children at another FDA panel in October.

The lack of efficient reporting, and other evidence suggest that the problem is even more widespread than official data suggests.

In the U.K., data from the Office for National Statistics shows that young people, particularly in the 15 to 19 age group, are dying in significantly greater numbers recently, with excess deaths between 16% and 47% above expected levels between May and September. In Scotland, a mystery rise in heart attacks from blocked arteries  recently had public health experts “baffled.”

Furthermore, news reports of heart diseases and deaths in young people shortly after injection with the experimental COVID-19 vaccine are becoming more and more frequent.

Apart from the fact that Jason suffered from a number of pre-existing health conditions prior to his vaccination, his case presents strong similarities with that of healthy teenagers Sean Hartman, Sofia Benharira, Ernesto Ramirez, and others, who all developed serious heart or cardiovascular problems (including myocarditis) following their vaccination, which eventually led to their deaths.